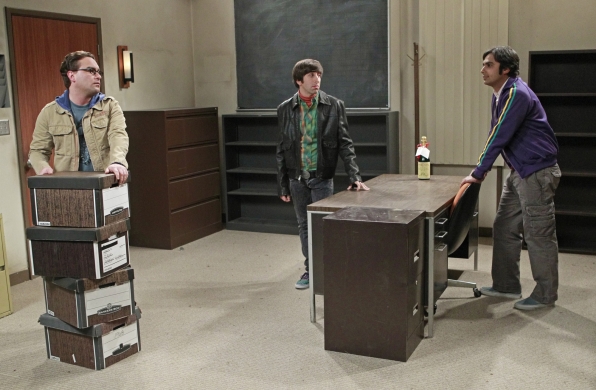 When Does the Big Bang Theory Return With New Episodes? (+Kaley Cuoco News)

The Big Bang Theory will have an episode on Thursday night, but it will be a repeat.

The hit CBS show is taking a break.

The show aired a new episode, episode 10 of the current season 8, on Thursday, November 20.

The next new episode will be Thursday, December 11. The network says in the official description that the episode, titled The Clean Room Infiltration, features Leonard and Wolowitz nearly coming to blows, but they ultimately turn to Raj for help in dealing with a work emergency.

Meanwhile, Amy throws an authentic Victorian Christmas party, and Sheldon seeks revenge on her for making him celebrate the holidays.

The episode will feature Dakin Matthews guest starring as Santa.

Another new episode will air the week after, on December 18.

After that, the show will take another break until Thursday, January 8, 2015.

No details have been revealed about the other upcoming episodes as of yet.

That role was first played by Amanda Walsh in the original pilot.

But that version didn’t get picked up by CBS.

Cuoco-Sweeting was brought in, and CBS gave the greenlight based on the new pilot.