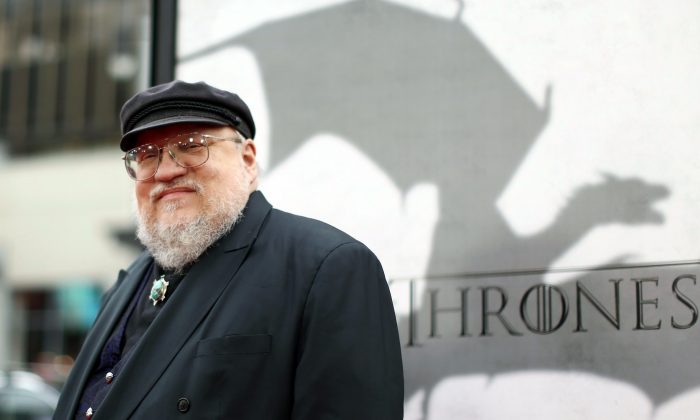 Game of Thrones Season 5 will start next week. The premiere will be April 12 at 9 p.m. on HBO, per usual. (Photo by Matt Sayles /Invision/AP, File)
Entertainment

When Does Game of Thrones Season 5 Start? Time and Premiere Date?

Game of Thrones Season 5 will start next week. The premiere will be April 12 at 9 p.m. on HBO, per usual.

HBO and author George R.R. Martin are giving fans in Santa Fe an early look at the fifth season premiere of “Game of Thrones.”

The network is holding an invitation-only screening Saturday night at the Jean Cocteau Cinema, which is owned by Martin.

Mayor Javier Gonzalez and cast members of the movie, “The Magnificent Six,” are also expected to attend.

There will be a reception before the 7:30 p.m. screening.

Martin is the author of the fantasy book series, “A Song of Ice and Fire,” that inspired the television show about royals and renegades fighting for the Iron Throne.

The season premiere is set to air on HBO on April 12.

Meanwhile, George RR Martin really is working on that next book.

The “Game of Thrones” author released a chapter Thursday from his very long-awaited sixth volume of the “A Song of Ice and Fire” fantasy series, “The Winds of Winter.” The chapter appears on Martin’s web site (http://www.georgerrmartin.com/excerpt-from-the-winds-of-winter ) and is told from the perspective of Sansa Stark, living under the name Alayne Stone. She is played on the HBO adaptation by Sophie Turner.

Season Five of “Game of Thrones” premieres at 9 p.m. EDT April 12 on HBO. Martin has already cut back on personal appearances and decided against writing for the sixth season so he can concentrate on “The Winds of Winter.” The previous “Fire and Ice” book, “A Dance With Dragons,” came out in 2011.