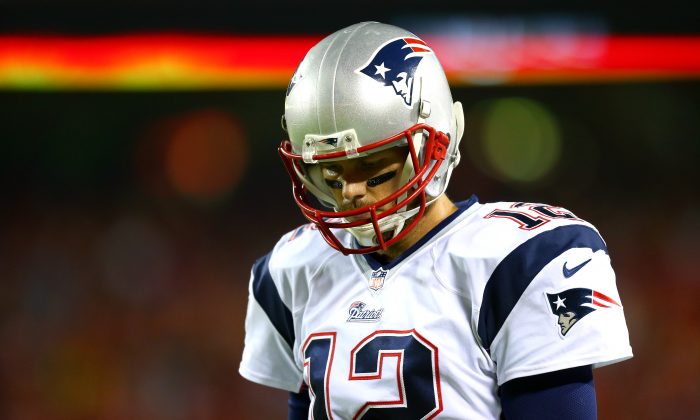 Tom Brady has won four Super Bowls with the New England Patriots, but the team will be at a disadvantage without him for the first four games of 2015. (Dilip Vishwanat/Getty Images)
NFL

When Brady Damaged His Cellphone, He Did the Same to His Credibility

Clearly the biggest revelation in NFL Commissioner Roger Goodell’s 20-page statement, in which he upholds two-time MVP Tom Brady’s four-game suspension, is the fact that Brady had his cell phone destroyed on the day he was to meet with investigators.

This was the same cell phone that was allegedly used to communicate with Patriots employee James McNally—the one who took the Patriots’ game balls into the bathroom and locked himself there for approximately 100 seconds before the AFC Championship game—and assistant equipment employee John Jastremski.

Most reasonable people could conclude after the initial Wells Report was made available in May that it seemed likely that Brady was at least aware of the balls being deflated. Anyone who was still on the fence since then needs only to look at Brady’s actions to determine what he knew.

What to Make of Tom Brady and His Once-Pristine Reputation

If there was nothing else on the phone that would implicate him even further, why not comply?

Brady’s case wasn’t helped at all by his statement Wednesday on Facebook defending his action to destroy his phone by pointing out that his lawyers had already made it clear to investigators that he would not be turning it over to them anyway.

He knew he didn’t have to give it up, but destroying it looks like the move of a guilty person.

You could apply the same argument to baseball’s infamous pine tar incident in 1983, when an irate George Brett ran out out of Yankee Stadium visitor’s dugout in an absolute tirade the second he was called out. He didn’t bother getting an explanation first. He already seemed to know.

Of course, in Brett’s case, the rule of not allowing pine tar beyond 18 inches on your bat wasn’t a competitive advantage rule. It was an antiquated rule put in place so that the pine tar wouldn’t ruin the ball. Beyond that height on the bat, the tar could come in contact with the baseball and stick to it—thus ruining it—and owners would have to bring in a new ball for play. It was a cost issue for them.

Brady’s case, while not criminal, is certainly no cost issue to a league that’s worth billions. But any chance he had at looking innocent to the public was destroyed when he did the same to his phone.