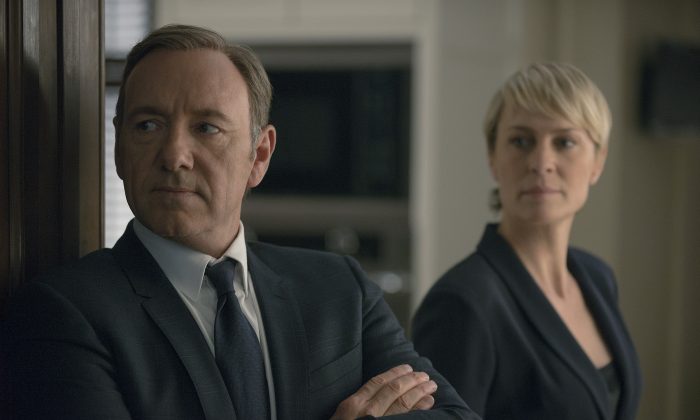 House of Cards Season 3 Release Date: When and What Time Does it Start on Netflix? [Spoilers]

House of Cards Season 3 will be coming back to Netflix very, very soon.

The show will premiere Friday at around 3 a.m. ET on Netflix.

In the coming season, Kevin Spacey’s Frank Underwood will assume the presidency without a vote being cast for him.

Underwood takes the White House after a scandal after he masterminds President Walker’s exit from the Oval Office.

Creator Beau Willimon talked to The Hollywood Reporter about what’s happening next.

“The nature of the presidency is one that is wrought with responsibility and pressure. That’s true of any president, but if you imagine any president who assumed office without a vote being cast for him, and on the heels of a major scandal, I think it’s safe to assume the road will not be easy,” he says.

He adds: “You can’t be precious about anything. You have to challenge every idea. You have to always assume there’s a better one and strive for that better idea. You have to serve the story. The story is not there to serve you. You may love a character. You may love a storyline. But the overall narrative demands it must come to an end, as heartbreaking and difficult as that might be for us. Zoe is a great example. It was always the plan for her to meet her demise at the beginning of season two, and the closer we got, the harder it was to carry it out, but we did, because it was right for the story.”

“I think that people who are driven by power – they want to accomplish things,” he said, according to the Belfast Telegraph. “So it’s not like now he’s the president he has nothing else to do.

“We all know how difficult it is to be a president and what kind of demands it has on the individual.

“So I think that like anyone who has found themselves in that office, getting there is difficult, but once you’re there, you want to accomplish things. So there’s a lot to do.”

Robin Wright, who plays Underwood’s wife, didn’t say much but she’s excited about the popularity of the show.

“It’s the new medium now. It’s not surprising and I know they have other huge successes,” she said. “It’s monumental what Netflix did. We started a new movement and it’s the craze today.

“It’s mind boggling to me. And how great. How fantastic that you have a successful piece of material.”