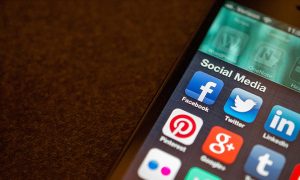 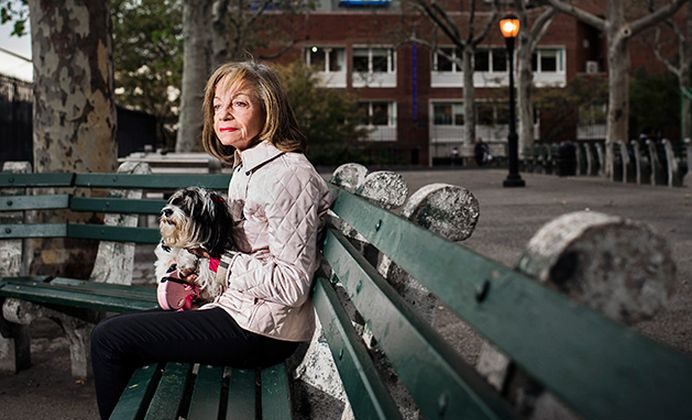 Anita Chanko, whose husband was hit by a sanitation truck in Manhattan. (Dina Litovsky)
US

When a Patient’s Death Is Broadcast Without Permission

The ABC television show “NY Med” filmed Mark Chanko’s final moments without the approval of his family. Even though his face was blurred, his wife recognized him. “I saw my husband die before my eyes.”

This story was co-published with the New York Times.

Anita Chanko could not sleep. At 4 a.m., on an August night in 2012, she settled onto the couch in her Yorkville living room with her dog, Daisy, and her parrot, Elliott, and flipped on the DVR. On came the prior night’s episode of ” NY Med,” the popular real-life medical series set at NewYork-Presbyterian Hospital, starring Dr. Mehmet Oz. Mrs. Chanko, 75, was a fan of the show and others like it.

“It starts off, there’s a woman with stomach cancer and her family, and then there’s somebody with a problem with their baby, I think it was a heart,” she remembered. “And then I see the doctor that treated my husband.”

Mark Chanko, her husband, had died 16 months earlier, in April 2011, after being struck by a sanitation truck while crossing a street near his home. The doctors and nurses at NewYork-Presbyterian Hospital/Weill Cornell Medical Center tried in vain to save his life.

On the TV screen, she saw the chief surgery resident Sebastian Schubl, responding to an emergency in which a man is hit by a vehicle.

“And then I see, even with the blurred picture, you could tell it was him,” she said. “You could hear his speech pattern. I hear my husband say, ‘Does my wife know I’m here?’.”

There was no doubt in her mind: The blurred-out man moaning in pain was her husband of almost 46 years, the Korean War veteran she met in a support group for parents without partners.

She clenched her fists so tightly that “the palms of my hands almost looked like stigmata” and her mouth got so dry that her tongue stuck to the roof “as if I had just eaten a whole jar of peanut butter.”

“I saw my husband die before my eyes.”

No one in the Chanko family had given “NY Med” permission to film Mr. Chanko’s treatment at the hospital or to broadcast the moments leading up to his death.

Such moments — indeed, all of the intimate details of a person’s health — are supposed to be shared only with a patient and whoever they designate, under a federal law known as Hipaa.

In the 18 years since the law was passed, doctors and hospitals have put in place an ever-expanding list of rules meant to protect patient privacy. Hospitals warn staff members not to discuss patients’ conditions on elevators. Drug stores ask customers to stand back so they don’t overhear information about others’ prescriptions.

Yet, even in the face of this growing sensitivity, reality shows like “NY Med” have proliferated, piggybacking off popular fictional counterparts like “ER,” “Grey’s Anatomy” and “House.”

Medical ethicists and groups like the American Medical Association worry that these shows exploit patients’ pain for public consumption, but their makers argue that they educate viewers and inspire people to choose careers in medicine.

“We have heard many stories of people who were inspired to go to medical school, to become nurses or paramedics, or to head into particular specialties like trauma or transplant surgery after watching our show,” Terence Wrong, executive producer of “NY Med,” said in an email. (He declined to discuss Mr. Chanko’s case or to be interviewed for this article.)

Hospitals like NewYork-Presbyterian, meanwhile, have seized upon such shows as a way to showcase themselves, vying to allow TV crews to film their staff and patients — even emergency-room patients sometimes in no condition to give permission.

When the first season of “NY Med” was broadcast on ABC in 2012, the hospital’s vice president of public affairs at the time, Myrna Manners, told PR Week, “You can’t buy this kind of publicity, an eight-part series on a major broadcast network.” (A second season, also based at the hospital, ran over the summer and garnered more viewers than the first. ABC has not announced whether another season is planned.)

For the Chankos, the episode of “NY Med” added a coda of anger to more than a year of grief. Their daughter, Pamela Chanko, said seeing the specifics of her father’s injuries and death on TV sent her spiraling back into clinical depression. “It just sent me straight back to square one,” she said.

The show had caused him “great emotional distress and psychological harm,” he wrote in a complaint to the hospital. “I had to unnecessarily relive my father’s death at your hospital a second time, while knowing that the public at large was able to — and continues to be able to — watch my father’s passing, for the purposes of what can only be described as drive-by voyeuristic ‘entertainment.'”

ABC quickly removed the segment involving Mr. Chanko from its website, DVDs and future viewings (although not from the promotional blurb for the episode, which still says “Sebastian Schubl, a Dr. McDreamy-like young trauma surgeon, tries to save the day when a critically injured pedestrian struck by a vehicle is brought to the ER.”) In 2013, the state cited the hospital for violating Mr. Chanko’s rights.

That was not enough for the Chankos, who sued ABC, NewYork-Presbyterian and Dr. Schubl for damages. An appellate panel recently dismissed the case, but the family has asked for that decision to be reviewed. Dr. Schubl and the hospital declined to comment for this article, citing the continuing litigation. ABC referred a reporter to Mr. Wrong’s statement.

In court filings, the hospital and ABC do not dispute that they did not have consent from Mr. Chanko or his family, but they say the patient is not identifiable to the public. The network has asserted that because “NY Med” is produced by its news division, it is protected by the First Amendment. Lawyers for NewYork-Presbyterian have argued that the state does not recognize a common law right to privacy and that any privacy right Mr. Chanko did have ended upon his death. They say that the Chankos themselves are responsible for their loss of privacy.

“There would today still be no identification of the patient or his family but for the latter’s publication via this lawsuit,” a brief for the hospital says.

The day Mr. Chanko was hit by a private garbage truck had been entirely forgettable, his wife said. “If I had a diary, I’d leave the page blank.”

They arrived home past 11 p.m. after spending a few days at their second home in Goshen, Conn., in Litchfield County. As they unloaded their luggage, Mr. Chanko looked in the refrigerator and noticed they were out of milk and bananas. He decided to run across York Avenue, in the Yorkville section of Manhattan, to a deli.

After Mr. Chanko had been gone a few minutes, the building doorman buzzed up and asked Mrs. Chanko to come downstairs. Not understanding the urgency, she said she would be down in a bit.

The doorman buzzed again. Moments later, the doorbell rang. When she answered, a longtime neighbor grabbed her arm. “Anita, you have to come with me,” she recalled the neighbor as saying. “Mark needs you. He’s been hurt.”

When she got downstairs and walked outside, Mrs. Chanko saw an ambulance and her 83-year-old husband on a gurney, his head bandaged. The neighbor drove her to NewYork-Presbyterian. There, she watched as the medical team hurriedly pushed the gurney carrying her husband near the emergency room.

“I rushed up because I wanted to run alongside him and just hold his hand and reassure him and say, ‘You’ll be OK,'” she said. The doctor said no. “That would have been my last chance to even say something to him.”

Mr. Chanko was initially alert and awake, and able to respond to questions, medical records show. But he was in bad shape: His pelvis had been broken in several places, as had his left femur. The skin was ripped off his right leg.

Outside the operating room, doctors and nurses could not detect Mr. Chanko’s pulse and resuscitated him. In the operating room, he became more unstable, medical records show. Twice more they tried to bring him back. He was pronounced dead at 1:17 a.m.

Dr. Schubl and a social worker walked into the conference room, where the family was waiting, and shut the door.

“I did everything I possibly could,” Dr. Schubl told them. “Unfortunately, he did not survive. I am sorry.”

The family did not know until the episode was broadcast that a camera was focusing on the closed door of the room where they had gathered and that audio of Dr. Schubl was being recorded.

Afterward, on the episode, Dr. Schubl turned to the camera and said, “Rough day. Rough day.”

“It was the last clip before the commercial,” Mrs. Chanko said, “or as I put it, ‘Watch this man die, now we’re going to sell you some detergent.'”