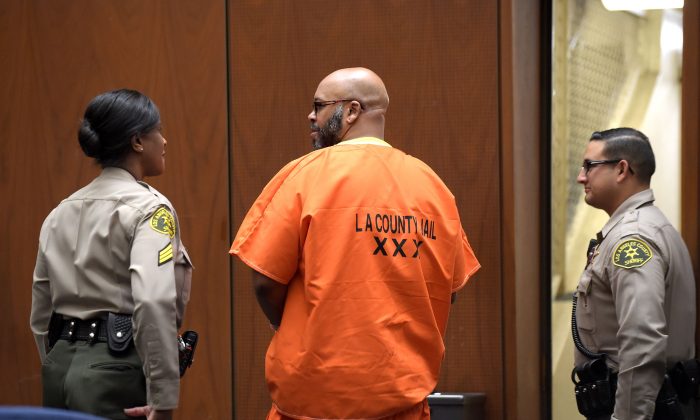 SAN FRANCISCO—Attorney Martha Gomez has been waiting more than three years to hear from a federal court whether a group of farm workers in California’s Central Valley can proceed with their lawsuit alleging wage theft.

The case in California’s Eastern District could result in payouts for thousands of migrant workers, but each passing day raises the possibility that they will have moved on and be impossible to track down, Gomez said.

“Everybody is in limbo, and it’s hard to explain that,” she said.

Across the country, federal district courts have seen a rise in recent years in the time it takes to get civil cases to trial and resolve felony criminal cases as judges’ workloads have increased, according to statistics from the Administrative Office of the U.S. Courts.

The problem is particularly acute in some federal courts such as California’s and Texas’s Eastern District. Judges there have workloads about twice the national average and said they are struggling to keep up.

The result, the judges and attorneys said, is longer wait times in prison for defendants awaiting trial, higher costs for civil lawsuits, and delays that can render those suits moot.

“I think it’s fair to say that things are quite bad,” said Matt Menendez, a lawyer with the Brennan Center for Justice at New York University School of Law who has studied judicial caseloads.

Legal scholars said Congress needs to fill judicial vacancies more quickly but also increase the number of judges in some districts—both issues that get bogged down in partisan political fights over judicial nominees.

California’s Eastern District, which covers a large swath of the state that includes Sacramento and Fresno, has had an unfilled judicial vacancy for nearly three years, and it has the same number of judicial positions—six—it had in 1978, according to the Administrative Office of the U.S. Courts.

The Judicial Conference of the United States, the national policymaking body for the federal courts, has recommended Congress double the number of judicial positions in the district.

In the late 1990s, the median time for civil cases to go to trial in the district averaged two years and four months. From 2009 to 2014, that number jumped by more than a year. The median time to resolve criminal cases nearly doubled to an average of 13 months.

“You’re never out from under it,” said Morrison England, the court’s chief judge. “You’re constantly trying to do what you can to get these cases resolved, and we just can’t do it.”

The Eastern District of Texas has seen similar increases.

“The way one older judge put it to me: ‘If you have too many cases, you start to lose the time to think about them,'” said Ron Clark, the court’s chief judge.

The vacancy in California’s Eastern District is in Fresno, which is down to just one full-time district court judge.

Attorneys said they are reluctant to file cases in the Fresno court because of delays and have faced additional expenses from having to drive to Sacramento when their case gets assigned to a judge there who has been called in to help.

Gomez’s April 2012 lawsuit was filed in Fresno and alleges that Castlerock Farming and Transport forced the workers—grape harvesters—to work off the clock and did not provide them with proper rest breaks.

Jim Hanlon, an attorney for Castlerock, said he does not comment on pending cases. The company said in court documents it did not directly employ the workers and has already defended their claims in a separate lawsuit.

Anthony Raimondo, an attorney for another defendant in the case, said at least some of the time it’s taken to resolve the lawsuit can be attributed to its complexity.

The case lists multiple defendants and alleged labor code violations and seeks class action status on behalf of as many as several thousand employees. Early on, the judge overseeing the case, Senior U.S. District Judge Anthony Ishii, put it on hold pending a class certification ruling in a related case.

But Raimando and Gomez said there have been delays that appear to have no explanation other than a backlogged court. Castlerock, for example, filed a motion to dismiss the lawsuit last September that the judge has yet to rule on.

A woman who answered the phone in Ishii’s chambers said he would be away until the end of September and unavailable for comment.

Lawrence O’Neill, the one full-time district court judge in Fresno, said he could not comment on any pending case. But he said the court’s caseload has made it difficult to get trial dates for civil cases.

He pointed to two cases on his docket—one alleging excessive force by police and the other race and sex discrimination by an employer—that were filed in 2013, but won’t go to trial until 2017.

“We can slow things down because we simply can’t work any harder or faster,” he said. “But the real important effect of that is people who need our help to move their lives forward are delayed.”