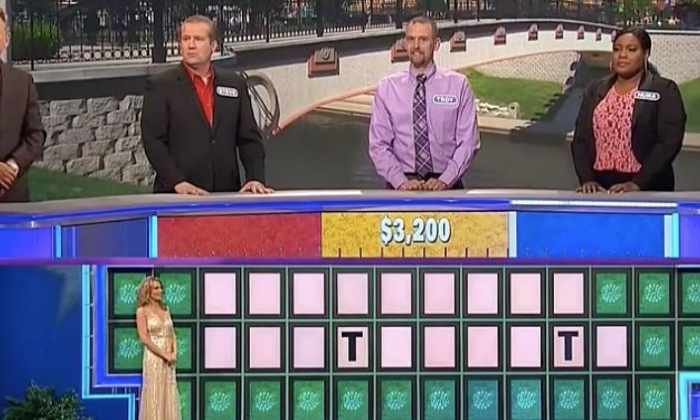 Nura Fountano (R) loses the last round of "Wheel of Fortunate," some suspect so that fellow veteran Steve (L) could win some money. (Screenshot via Wheel of Fortune)
Entertainment News

A “Wheel of Fortune” guest is trending once again after her November 2015 appearance on the show.

Nura Fountano, a military veteran, appeared on the show during Veteran’s Week for members of the military.

She lost the last round, even though she had the most money of the three contestants. Then she began to make odd letter choices, including “Z.”

“As in Zulu. Z,” she said. She also chose “X”, and several times she didn’t even pick a letter before she lost the round.

It was clear that “Z” and “X” didn’t belong in the puzzle.

“May I ask you a question? You called some unusual letters that round,” Sajack told her. She told him that that was “what she saw.”

Some people speculated that Fountano intentionally chose bad letters to put Steve up to $6,400. Some believed that she was trying to help out a fellow veteran.

Fountano lost the round, but she still won the show. Before she started making the strange letter choices, she had been performing quite well.

Just saw the classiest move on "Wheel of Fortune." Nura threw the final puzzle to let a fellow military person win it. Much respect.

Way to go Nura! #wheeloffortune never saw someone throw a round so everyone could win some money. #share