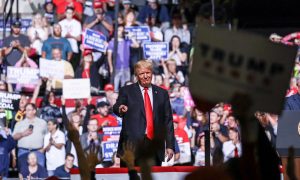 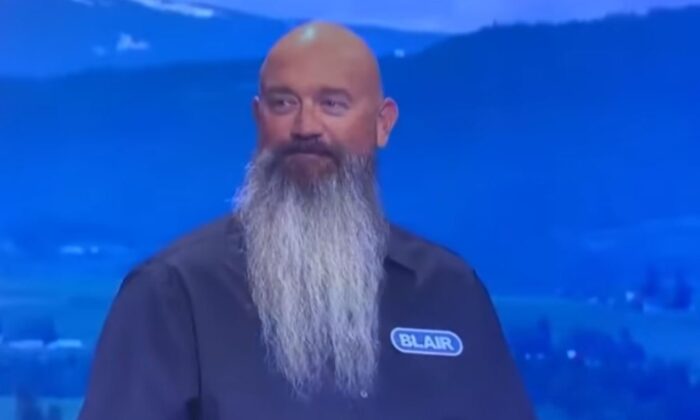 The big-bearded contestant, Blair Davis, from San Diego, said he owned a small trucking business, then went on to describe his family. (Disney/ABC Television Group via CNN)
Entertainment News

A contestant on Monday night’s episode of “Wheel of Fortune” used his introduction to say he’s “trapped in a loveless marriage” with an “old battle-axe.”

“I’ve been trapped in a loveless marriage for the last 12 years to an old battle-axe named Kim,” Davis told the crowd and host Pat Sajak.

He continued: “She cursed my life with three stepchildren: Star, RJ, and Ryan, and I have one rotten grandson.”

Sajak joked, “No wonder you came here, you just wanted to get away from everybody.”

The game show host then told Davis he knew he was “being facetious.”

“Absolutely, I love them like nobody’s business,” Davis then told the host while smiling.

Davis made some fans on Twitter laugh and one wrote:  “About to start watching Wheel of Fortune again.”

About to start watching Wheel of Fortune again pic.twitter.com/UOT8JygncP

“Blair is the darkest @WheelofFortune contestant ever,” another person wrote.

‘Jeopardy!’ Host May Step Down

He said that chemotherapy is causing him to form sores around his mouth, making it hard to speak.