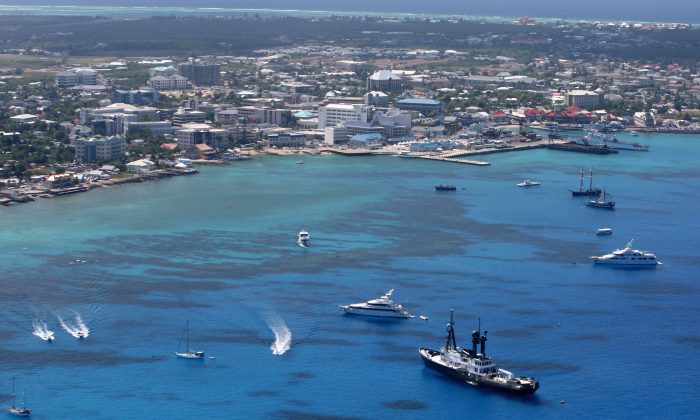 In the wake of the Panama Papers revelations, the distinction between tax planning, tax avoidance, aggressive tax avoidance, and tax evasion seems to have been lost between the lines. The basic difference is that avoidance is legal and evasion is not. But it’s not quite as simple as that.

There are many legitimate ways in which tax can be saved and that are actively promoted by governments. Tax-free investments, for example, donations to charity, or paying into a pension scheme. Through tax planning, a taxpayer exercises an option clearly allowed by law and does not exploit unintended loopholes. This respects both the “letter” and the “spirit” of the law.

The difference between tax avoidance and tax evasion is the thickness of a prison wall.
— Denis Healey, former chancellor of the exchequer, U.K.

Tax avoidance seeks to minimize a tax bill in a way that respects the letter of the law, but not necessarily the spirit of the law. To do so it takes advantage of unintended loopholes in tax legislation. This can, however, be taken too far and lead to prosecutions to recoup the taxes that have been avoided.

The loopholes that are exploited by tax avoidance may be in your home country’s tax law alone, but can also seek to exploit gaps that exist between domestic tax law and the law of other countries. In an increasingly globalized world businesses and individuals operate across many countries, all with slightly different tax rules. This makes it easier to structure their tax affairs to reduce taxable profits or hide their wealth altogether.

In response to the Panama Papers, President Barack Obama warned that “tax avoidance is a big global problem” and called for international reform. This speaks to how the loopholes that tax avoidance exploits may be targeted and laws changed.

In the U.K., the traditional approach to counter tax avoidance has been to introduce legislation to prevent individual tax-planning schemes exploiting loopholes in the law, once the schemes have come to light. In January 2015, a general anti-abuse rule was introduced to deter taxpayers from entering into certain types of abusive arrangements (a tax arrangement which has the main purpose of obtaining a tax advantage), and to deter would-be promoters from promoting such arrangements.

These rules will deter the use of some schemes, but they do not catch all instances of tax avoidance. Ultimately, whether through a tax audit or court hearings, the decision on whether an arrangement amounts to tax avoidance will be based on a close examination of the specific circumstances of each case.

A recent case in the U.K. courts involved a tax planning scheme used by high street betting shop Ladbrokes that took advantage of an element of the tax code that dealt with the way loans between a company and another party are taxed.

Under the scheme, two group companies entered into specially designed arrangements whereby an artificial fall in the value of shares in one company, in turn, created a loss in the other company for tax purposes. In reality, the group suffered no economic loss overall. In the first-tier tribunal, the court ruled that it was tax avoidance.

Commenting on the outcome of the case, Jim Harra, HMRC’s director general of business tax, said: “Avoidance just doesn’t pay—we win around 80 percent of cases taxpayers choose to litigate and many more concede before litigation.”

Over 30 Countries Tax Financial Speculation—Why Doesn’t the US?
Google, Facebook, and Amazon Would Be Forced to Reveal Tax Haven Activities Under New EU Rule

Another recent case involved a tax avoidance scheme where the investors attempted to benefit from 29 million pounds ($ 42.3 million) in tax relief by claiming to have spent 122 million pounds ($ 178 million) on research, when in fact only 7 million pounds ($ 10 million) reached the genuine research company. It was also deemed to be a case of tax avoidance, and the court agreed that there were elements in the scheme’s documents and fees paid that were a “sham.”

In both cases, the courts ruled that claiming this level of tax was illegal. But there is no hard and fast rule to determine when a tax avoidance arrangement is too “aggressive.” Each tax jurisdiction will have its own definitions, rules, interpretation, and legal precedents on what constitutes avoidance and at what point it is challenged by tax authorities.

Where the tax benefits or returns are out of proportion with any real economic activity, expense or investment risk, however, this is when tax authorities tend to question matters. So too where a scheme involves arrangements which seem very complex, artificial, or contrived; offshore companies or trusts are involved for no sound commercial reason; or a tax haven country is involved.

The Thickness of a Prison Wall

Denis Healey, former U.K. chancellor of the exchequer, famously quipped: “The difference between tax avoidance and tax evasion is the thickness of a prison wall.”

Put simply, tax evasion is when a person or company purposefully tries to mislead the tax authorities by misrepresenting or concealing facts in an effort to escape their lawful tax liability. This can be done by omitting to disclose relevant facts about your taxable assets, for example hiding income or profits you earn in a tax year or purposely overstating your taxable deductions.

Tax havens are often used to facilitate tax evasion. Their secrecy laws prevent overseas tax authorities from accessing information on the money that’s held in these offshore jurisdictions. It is only through data leaks, such as the Panama Papers, that authorities are tipped off about the people using these havens and can then investigate them.

For example, following a data leak of HSBC’s Swiss subsidiary in 2009, Arlette Ricci, the heir to the Nina Ricci perfume and fashion business, was found guilty by a Paris court of tax evasion in 2015. She hid millions of euros from the French tax authorities by using an offshore HSBC account.

U.K. tax authorities have also investigated and challenged more than 1,000 account holders from HSBC’s Swiss subsidiary, and collected 135 million pounds ($ 197 million) from them in unpaid tax, interest, and fines. The expectation is that once the information included in the Panama Papers is investigated by tax authorities, this will also unveil a world of undeclared income and unpaid taxes through the illegal method of evasion—and that prosecutions will follow.

So, while there are differences between tax avoidance and tax evasion, both can be prosecuted and can result in additional tax and fines have to be paid.

Tommaso Faccio is a lecturer in accounting at the University of Nottingham in the U.K. This article was originally published on The Conversation.