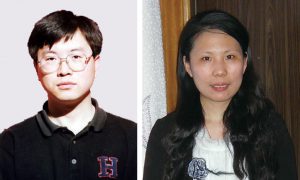 A stock photo of a Walmart sign. (Damian Dovarganes/AP Photo)
US

Here’s a list of what’s open and closed on Christmas Eve, which lies on Thursday, Dec. 24.

Walmart said in a news release that it will be open until 8 p.m. on Christmas Eve, but it will remain closed on Christmas.

Target is offering extended store hours to meet shopping needs, and it will close on Christmas Eve at 10 p.m. or 11 p.m. local time.

Here’s some store information for Christmas Day. Some hours may vary so call ahead of time:

Meanwhile, a storm system forecasters called “particularly dangerous” killed at least six people as it swept across the country Wednesday, and officials were searching for missing residents into the night.

Tornadoes touched down in Indiana and Mississippi, where three were killed. The springlike storms packing strong winds killed two more in Tennessee.

A tree blew over onto a house in Arkansas, killing an 18-year-old woman and trapping a 1-year-old child inside, authorities said. Rescuers pulled the toddler safely from the home.

A 7-year-old boy died in Holly Springs, Mississippi, when the storm picked up and tossed the car he was riding in, officials said. Police there said several homes were blown off their foundations.

Slabs of metal were tangled in drooping power lines, dangling precariously alongside the road, and the smell of freshly overturned dirt and trees lingered in the air as emergency crews tended to downed power lines.

Close by, in Benton County, Mississippi, two people died and at least two were missing. Crews were searching house-by-house and to make sure residents were accounted for.

In the northwest part of the state, A tornado damaged or destroyed at least 20 homes. Clarksdale Mayor Bill Luckett said the only confirmed casualty was a dog killed by storm debris. Planes at a small airport overturned and an unknown number of people were injured.

“I’m looking at some horrific damage right now,” the mayor said. “Sheet metal is wrapped around trees; there are overturned airplanes; a building is just destroyed.”