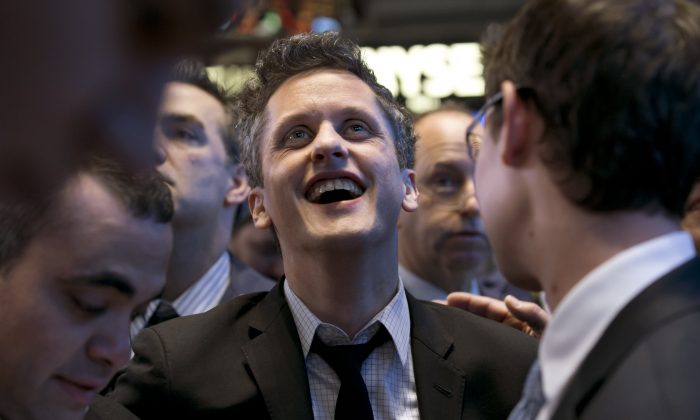 What’s Inside the Box IPO? The Pros and Cons of Investing

The cloud file sharing start up from California blew the lid off the box on its trading debut Jan. 23. It went up a whopping 66 percent, raising $175 million. Here are some things to consider when investing in the hot start up.

Veteran Angel Investor Peter Cohan is skeptical. “It has a lousy position in a terrible industry. The cloud storage industry is in a big industry it’s going fast but its’ dominated by companies who are giving away the product at a low price,” he says.

According to industry research company IDC, Box is number three with a market share of 14 percent behind Dropbox (27) and Microsoft (17). While Dropbox provides free file sharing services for mostly consumers and is small in the corporate space, Box caters to businesses and boasts to have 48 percent of Fortune 500 companies signed up.

Amazon has no interest in making a profit, Microsoft is growing in this area, IBM is going into the business. I don’t see a way to make money. It’s not an attractive industry.
— Peter Cohan, Investor

Peter Cohan, however, believes they have nothing to differentiate themselves from bigger players in the business who are not there to make money but rather offer the service as a loss leader.

“Amazon has no interest in making a profit, Microsoft is growing in this area, IBM is going into the business. I don’t see a way to make money. It’s not an attractive industry.”

While Box is growing its revenues by double digits and it’s profitable on an operating level, net-net they are losing money.

“The revenue they made the first nine months of last year is the same they are spending on marketing. There is something wrong with this business if they have to spend too much money on marketing,” says Cohan. He believes a business should be able to grow because of the intrinsic value of the product and not because of the effort of an army of sales people.

On the other side, Tien Tzuo, CEO of Zuroa, a company that provides services for businesses with subscription sales (like Box), thinks none of the above is a problem, maybe because Box is one of their clients.

He thinks it’s all an accounting issue as he writes in a blogpost: “In the old manufacturing world, you invested in a big factory to build a bunch of widgets, and you spread the cost of that factory out over time as you made and sold those widgets over time. That would be depreciation of course. In the subscription economy, you invest in sales and marketing to acquire customers, and you recognize revenue from those customers over their lifetime, which often can be 3, 5, 10 years or more. However, accounting rules today do not let you spread or depreciate sales and marketing costs over time.”

He says Box is making money when excluding marketing expenses, so the product is viable. He also believes the marketing expenses are well spent if you believe that subscriptions will last for 5 to 10 years. But even Tzuo thinks the industry is highly competitive and the barriers to entry are low.

“Finally, by recognizing that he’s in a land grab in a fast growing market with multiple players, [Box CEO Aaron Levie] is showing he has the courage to bet big and spend big to acquire as many customers as he can.”

Will they stay on as other companies offer the same product for less?