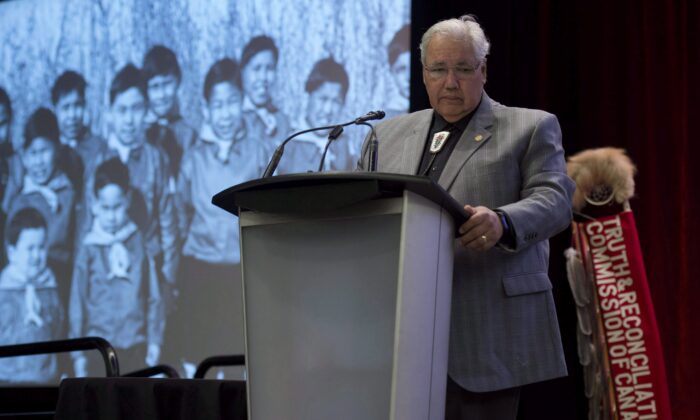 What’s in a Name? Addressing the Charge of ‘Cultural Genocide’

The first couple of sentences in the final Truth and Reconciliation Commission of Canada (TRC) report contain a stark condemnation of the way Canada has treated its indigenous peoples:

“For over a century, the central goals of Canada’s Aboriginal policy were to eliminate Aboriginal governments; ignore Aboriginal rights, terminate the Treaties; and through a process of assimilation, cause Aboriginal peoples to cease to exist as distinct legal, social, cultural, religious, and racial entities in Canada. The establishment and operation of residential schools were a central element of this policy, which can best be described as ‘cultural genocide,’” reads the report, which has seven volumes.

This condemnation is only slightly less damning than that applied to the heinous treatment of European Jews by Nazi Germany. And the report’s use of the term “cultural genocide” to describe the actions of the Canadian government, the churches that managed most of the Indian Residential Schools (IRS), and the people who worked in them has increasingly led to the use of the more damning term “genocide.”

But is it true?

Surprisingly, there is considerable evidence published in the TRC report that contradicts this claim.

Let us first examine the names of the 143 IRS institutions listed in the report, names that can only be found if one pores through 2,200 pages. As one might expect, schools were frequently named after Christian saints (St. Cyprian’s and St. Mary’s), as well as religious days (All Saints, Assumption) and prominent church leaders (Grollier, Stringer).

If the Canadian government and the religious organizations that managed most of the schools were intent on eliminating indigenous languages and cultures, why would they give indigenous names to so many schools?

One might also wonder why the colonial powers and the various Canadian governments after 1867 were happy to use so many indigenous names to identify places and regions.

“Canada” is an indigenous word, as are “Manitoba,” “Winnipeg,” “Saskatoon,” “Saskatchewan,” “Ottawa,” “Okotoks,” “Ponoka,” “Yukon,” “Baddeck,” and “Antigonish.” And these are just some of the many hundreds of indigenous placenames in Canada.

And if, as the TRC summary report says, church leaders despised and tried to eradicate indigenous culture, why did so many of them dedicate time and resources to learning, preserving, and educating others about indigenous languages? The Rev. John W. Tims, a Church of England priest on the Siksika (Blackfoot) reserve in southern Alberta, published the first Blackfoot grammar and dictionary in 1889, a mere 12 years after the signing of Treaty 7. The Rev. Canon Samuel H. Middleton, the long-time principal of St. Paul’s Anglican Residential School on the Kainai (Blood) reserve, tried to learn the Blackfoot language and even gave some sermons in that language.

The TRC report itself notes that during the early 1950s, the Oblate Fathers at the Blue Quills Indian Residential School in Alberta ran a Cree-language training program begun by Fr. Jean Lessard, who spoke fluent Cree, and designed for Oblate priests preparing to serve in Cree-speaking communities. An IRS student wrote in the school newspaper, The Moccasin Telegram, that “We will be very glad when the Fathers will be able to speak Cree like us.”

Charges abound that residential schools forbade the speaking of a native language, but nothing in the Indian Act or other official documents made this a policy. And even the TRC report acknowledges that this was not a universal proscription. In a good number of schools, indigenous children (and indigenous staff) were free to speak their native language at certain times of day. In 1950, the school nurse at Cecilia Jeffrey Indian Residential School in Kenora reported that the students were allowed to “talk Indian freely in front of the staff.” The Cree-speaking MLA Elijah Harper attended school in Norway House in the 1960s, and he has testified that students were allowed to speak Cree while in the dorms and on the playground. By the early 1950s, Kainai students at St. Paul’s Anglican Residential School in southern Alberta were only required to speak English while in class. Cree children attending Quebec’s La Tuque IRS in the 1960s had the same freedom. And at Stringer Hall, Inuvik, in the mid-1960s, two young Inuktitut-speaking women who were responsible for supervising the junior boys and girls regularly spoke to the children in their native language.

Thus it seems quite clear that neither the government nor the churches that managed 84 percent of the schools set out to “cause Aboriginal people to cease to exist as distinct legal, social, cultural, religious, and racial entities.” Those who seek true reconciliation must be disappointed that the first paragraph of Volume 1 of the TRC report did not summarize the range of policies and experiences that the commission actually recorded.

It is time for Canadians—particularly journalists and academics—to take a closer look at the TRC report, rather than merely echoing what appears in the summary volume or has been written by others who have not looked closely at the evidence.

In order to bring about reconciliation, Canadians need journalists, academics, and politicians to dig for the facts and judiciously weigh all the existing evidence. Were they to do this, their writings and their public statements would be more fair, more balanced, and less burning with condemnation than the TRC’s charge of “cultural genocide.”

Rodney Clifton, Mark DeWolf, and Brian Giesbrecht have contributed chapters to the recent book, “From Truth Comes Reconciliation: An Assessment of the Truth and Reconciliation Commission Report,” co-edited by Rodney A. Clifton and Mark DeWolf. The book can be ordered from the Frontier Centre for Public Policy or from Amazon.

Mark DeWolf
Follow
Mark DeWolf is a retired teacher of English and drama, a musician, and a writer. He was a non-indigenous student at an Indian Residential School in the 1950s and early 60s, one of many non-Indigenous children who had that unique experience.