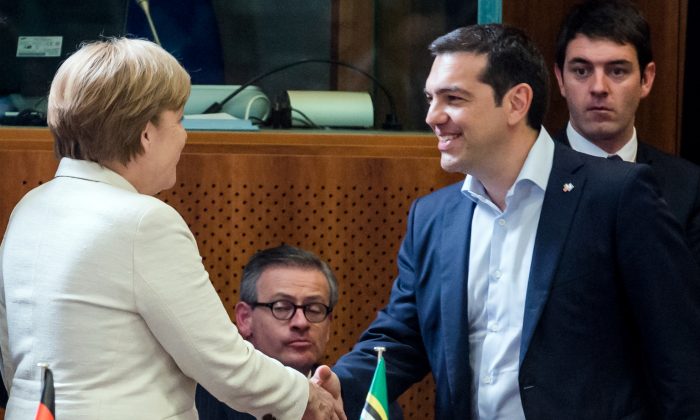 What’s Holding Up a Deal on Greece’s Bailout

ATHENS, Greece—The ball is in Greece’s court, the creditors say.

But this isn’t tennis—unless you can imagine a match between argumentative snails, coached by committee, without an umpire.

After four and a half months of back and forth, Greece and its creditors remain far from a deal on what reforms the country must make to get more rescue loans. It needs the money to avoid defaulting on its debts and save itself from an even nastier mess, like falling out of the euro.

The radical left-led government in Athens started off boldly in January, making pie-in-the-sky promises to Greeks to make life easy again by rolling back cuts and reforms.

On the other hand, the creditors—fellow eurozone states and International Monetary Fund—are little inclined to budge from the policies they have pushed on Greece for five years: heavy cuts that have succeeded in taming government spending but otherwise mauled the economy and society.

Here are the main points the sides are locked over.

Creditors want cuts worth 1.8 billion euros ($2 billion) to pensions this year. They also want Greece to end state financing now for auxiliary pensions—a top-up to pensions that many Greeks receive.

There are currently three rates of tax on the sale of goods: 6.5, 13, and 23 percent. Creditors want two rates, 11 and 23 percent, which would automatically hike the cost of most food, medicine, electricity bills, and—in a tourism-reliant economy—hotels and restaurants.

Greece is proposing rates of 6.5, 12, and 23 percent, with key consumer staples, hotels, and restaurants in the low and middle brackets.

The Greek government wants to restore the minimum wage from around 580 euros ($654) monthly to 750 euros ($846) by the end of next year—it had initially promised to do that promptly after its election—and reintroduce collective wage negotiating. Creditors reject that.

The government is offering 0.75, 1.75, and 2 percent of GDP. Because the country is back in recession and GDP is shrinking, any surplus will require substantial belt-tightening.

The elephant in the room, for creditors, seems to be Greece’s bloated debt—a daunting 176 percent of the country’s annual economic output.

Tsipras’s government insists it won’t sign an agreement unless it contains some provision on debt relief. Creditors promised last year to discuss the issue, but never did. None of the recent proposals leaked from the creditors mention debt relief.

Both sides agree to a certain degree on opening up closed professions and markets—for example, by allowing supermarkets to sell nonprescription medicines that only pharmacies currently sell.

The also agree on cracking down on tax evasion, selling state assets, and making the justice system more efficient.