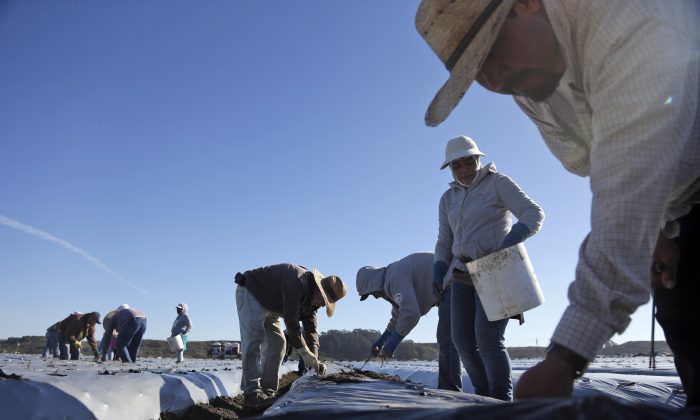 SACRAMENTO, Calif. — Mother Nature isn’t the only one blamed for California’s drought.

The state’s historic four-year dry spell has brought with it a flurry of finger-pointing. Now advocates, noting how California’s water shortage ranks as the top public concern, are invoking the drought to bolster their own causes.

The number one cause of the drought is simply lack of rainfall and snowfall.
— Tracy Quinn

Animal rights activists, environmentalists and opponents of immigration and federal wildlife protections are among those seizing on concern for the drought to build support for their movements.

The blame game has left state regulators and water watchers frustrated by what they call distractions from the state’s immediate and long-term crisis.

“The number one cause of the drought is simply lack of rainfall and snowfall,” said Tracy Quinn, a policy analyst with the Natural Resources Defense Council, itself fending off attacks that the drought is a “man-made” result of policies that ensure adequate water for fish and wetlands.

A look at drought-bolstered causes:

Anti-immigration Group: Too Many Foreigners, Too Little Water

A group advocating for immigration restrictions has aired commercials this month in Los Angeles and Sacramento blaming immigrants for draining the state’s water.

“Virtually all of California’s population growth is from immigrants. Let’s slow immigration and save some California for tomorrow,” a voiceover says after a befuddled child ponders why there’s not enough water if births are declining.

Experts in demographics and water use find the argument on shaky ground.

For starters, California’s recent population growth is driven more by new babies than an influx of foreigners, according to data collected by Department of Finance. Immigration has declined since the recession. California mothers born in the U.S. are having more babies while women born abroad are having fewer.

Californians for Population Stabilization says the growing number of immigrants is still undeniable.

“The drought is a symptom of a precious resource that there’s only so much of,” said Jo Wideman, the group’s executive director. “Water conservation and being efficient can help be part of the solution, but they can’t work miracles, and they can’t accommodate infinite population growth.”

More people doesn’t always mean more water. Per-capita consumption has declined in the last two decades while urban water use has stayed level, according to the Public Policy Institute of California. Los Angeles uses about as much water as it did 40 years ago, even after adding one million people.

“The reality is you can’t tell people ‘Don’t move to California,” said Newsha Ajami, urban water policy director at Stanford University’s Water in the West program. “But you can be smarter in the way you use your water, you can be efficient, you can make sure people who come in understand how valuable this resources is to us.”

A state assemblywoman drew criticism last week after a reproductive health site reported that she tied abortion to drought. Assemblywoman Shannon Grove said she told attendees of an anti-abortion breakfast that rain fell on drought-stricken Texas after the governor there signed legislation banning abortion after 20 weeks of pregnancy. However, the Bakersfield Republican said she wasn’t trying to say God’s wrath over abortion caused California’s drought.

People for the Ethical Treatment of Animals has responded to Gov. Jerry Brown’s order for cities and towns to cut water use by 25 percent by urging an equal cut in milk and dairy production, citing the thousands of gallons of water needed to raise cows. The group says animal-agriculture is largely to blame for dwindling water supplies and exempt from water conservation efforts, although farmers have endured other government cuts to water from reservoirs and rivers.

PETA deployed naked women outside the state Capitol to highlight how far more water goes into making one burger than taking one shower. Brown recently said people should be eating veggie burgers, but he’s reluctant to dictate what crops and animals farmers should raise.