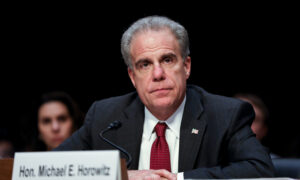 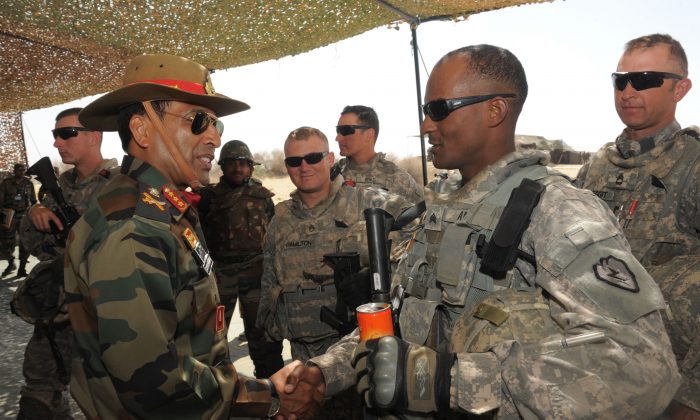 This defense cooperation forms a vital component of a U.S.–India strategic partnership that is only deepening.

From Prickly to Partnership

The U.S.–India relationship has evolved—from a wary association during the Cold War period to a strategic partnership.

There are shared security interests, mainly the concerns about Chinese military ascendancy and the post-9/11 Islamic terrorism security threat. And there is growing business and professional collaboration. The increasingly influential Indian-American lobby and India’s economic liberalization have both led to increased interaction between the two countries.

Yes, there were a few hiccups over the course of the last few years—notably controversy over legislation regulating civilian nuclear operators’ liability and the row over diplomat Devyani Khobragade’s treatment of her maid while stationed in New York.

But, two summit-level meetings, Prime Minister Modi’s visit to the United States in September 2014 and President Obama’s visit to India in January 2015, have rejuvenated the India–U.S. strategic partnership.

It was during President Obama’s trip to India that the decision was made to extend the defense agreement for a further 10 years.

This defense pact is significant for the U.S.–India defense industry and economic relations. But it has a much wider context too.

It focuses on issues ranging from maritime security to joint training. And it builds upon the previous framework’s successes to guide the bilateral defense and strategic partnership by providing avenues for high-level strategic discussions, continued exchanges between armed forces and strengthening of defense capabilities.

This represents dramatic progress since the signing of the U.S.–India defense agreement in 2005, both in terms of the volume of defense trade and the frequency of joint military exercises.

India conducts more joint military exercises with the United States than any other country in the world.

Today, India conducts more joint military exercises with the United States than any other country in the world. At present, India is the world’s top arms importer, and around 75 percent of its arms come from Russia.

Over the past decade, India has sought to diversify its supplier base, and the United States is now its second-largest arms supplier—accounting for just 7 percent of its purchases. But in the last three years, American defense giants such as Lockheed Martin and Boeing have made significant inroads into the Indian defense market and now top India’s arms supplier list.

India’s push to buy arms is driven by its perception of the security threats it faces—notably China’s growing military presence and the China-Pakistan “all weather friendship”—as well as its own expanding strategic interests and big power ambitions.

The U.S.–India defense agreement fits well into the “Make in India” campaign.

Modi, who became prime minister on the promise of developing the economy, is faced with the challenge of creating jobs for its young demography. His high-profile and well-choreographed foreign visits, the economic reforms he is pushing through, and the accompanying streamlining of bureaucracy are all steps to attract foreign investors.

The focus on manufacturing arms in India not only fits into the country’s push to develop its indigenous defense industry development for strategic reasons. It also creates jobs.

The deal also provides substantial opportunities for the U.S. defense industry to co-produce and co-develop with their Indian counterparts. This is attractive to the Americans for a number of reasons. The United States and the Indian defense industry are complementary: not only are U.S. companies looking for new markets; they are also attracted by India’s low-cost, well-educated, English-speaking, technically sound workforce.

But the defense collaboration between the two countries goes beyond economic considerations.

The strategic implications of the India–U.S. Defense Pact are far-reaching and should be seen against the backdrop of great power politics of the 21st century.

China’s military activities are viewed as threatening by both the United States and India.

Working alongside like-minded maritime democracies like Australia and Japan, the India–U.S. strategic partnership is critical to maintaining peaceful order in the Asia–Pacific region.