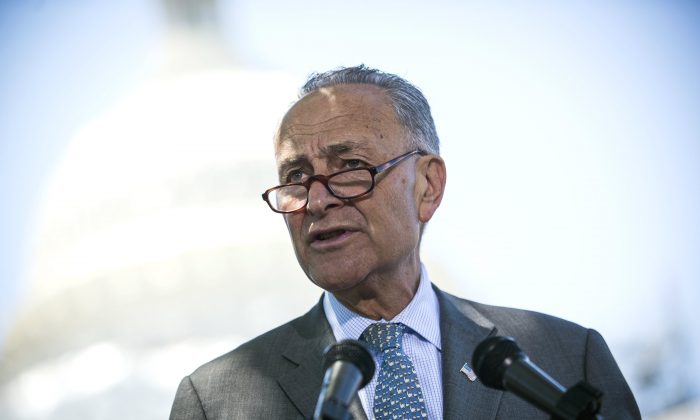 What’s Behind the Democratic Party’s Losses?

As Democrats seek to pick up the pieces following Hillary Clinton’s loss to Donald Trump, they need to come to terms with more than the loss of the presidency. Beginning with the 2010 elections, the Democrats have seen dramatic losses in offices up and down the ballot.

According to experts in American politics, the Democratic Party faces multiple challenges if it hopes to reverse Republican dominance, ranging from a lack of effort to build the party at the local level to political correctness.

The way you build a party is that you do things that reward your supporters that make them a constituency for federal policies.
— David Schultz, Hamline University

David Schultz, professor of political science at Minnesota’s Hamline University, said part of the problem facing the Democrats is a failure on the part of the president to build the party.

“Usually, the way you build a party is that you do things that reward your supporters that make them a constituency for federal policies,” Schultz said. “President Obama never, never did that.”

In an interview with NPR on Dec. 19, Obama took some responsibility for the party not doing well at “building from the ground up and communicating to state legislators, and financing school board races and public utility commission races.”

For Schultz, Obama’s preoccupation with issues such as passing Obamacare and bank reform led him to ignore a lot of critical supporters.

In his remarks to NPR, the president admitted they hadn’t given people outside of the cities a day-to-day sense that the party was “fighting for them or connected to them.”

The failure to connect with rural or exurban voters has led to a Democratic Party with votes that are highly concentrated, which causes problems for winning elections.

Stephen Ansolabehere, professor of government at Harvard University, described this presidential election as “an inefficiency in the allocation of the vote by the Democratic candidate.”

Clinton won the popular vote by almost 3 million, but those votes were concentrated in particular in urban areas in California and New York, which she carried with almost 5 million votes more than Trump.

Trump, meanwhile, took the formerly blue states of Michigan and Wisconsin—and their electoral votes—by less than 1 percent of the vote.

And this difficulty will likely get worse, says Richard F. Bensel, the Gary S. Davis Professor of Government at Cornell University. “Going into the reapportionment in 2020, if the Democrats don’t pick up some of the state houses and at least have split control of the state governments, the redistricting is going to make a more serious problem than they have now,” he said.

In order to break out of their urban strongholds, the Democrats need an ideology that will appeal in the suburbs and exurbs.

John J. Pitney, Jr., the Roy P. Crocker Professor of Politics at Claremont McKenna College in California, noted that while ironically Republicans have often been blamed for having a narrow ideology, it turns out the same is true of the Democrats.

“It has become a uniformly liberal party and not just liberal but with a very coastal character to it,” Pitney said. “To grow, the party has to become more ideologically diverse.”

Pitney said the Democrats need to tolerate individuals with different opinions, such as on abortion, and to listen carefully to the working class in the Rust Belt.

“The nature of the majority is that there is internal tension,” Pitney said. “If they want to be internally unified, that’s fine, but they will be in the minority.”

Bensel agrees with Pitney that the Democrats are limited in their ideological flexibility. “The kinds of policies that would allow them to compete in rural and small town America, or even in medium-sized cities, are not compatible with the Democratic base,” Bensel said.

At the same time, the Republicans have out-competed the Democrats in congressional and local races with an agenda focused on the economy and on reducing the size and power of government. Ansolabehere sees the Republicans perhaps accomplishing a slowly unfolding realignment of American politics, while working to roll back Democratic legislative accomplishments from the 1930s and 1960s.

For the Democrats to begin to reverse their fortunes, “they need to figure out what the party stands for,” said Schultz. The primary campaign between Clinton and Bernie Sanders was over the “soul of the party,” and that battle is still not settled.

Once the party can articulate what it stands for, it will need to craft a narrative that speaks to both urbanites and suburbanites. The Democratic campaigns in 2016 lacked an effective narrative, Schultz said.

With so many losses at the state level, the party’s bench is bare. Rebuilding will require finding new faces that can carry the party’s message.

“The Democrats need to be alert to the reality of federalism,” Pitney said. “The kinds of people you recruit in Mississippi and Indiana are not going to be the same as [those] you recruit in Massachusetts and Vermont.”

Pitney suggests his former student, Montana Gov. Steve Bullock, as an example of the kind of politician the Democrats need to find if they are to extend their appeal from the coasts into the heartland.

Bullock was able to win re-election in what should be considered a deep red state in spite of Trump’s victory at the top of the ticket by connecting with those in rural and small town America.

In order for the Democrats to broaden their appeal, Pitney said they will need to find a way to set aside the political correctness that enforces the party’s ideological narrowness and turns people off.

Both the Republican and Democratic forms of political correctness are reinforced by the dominant media that serve each party’s loyalists.

It is not what the Democrats can do, it is what the Republicans can do to themselves.
— Richard F. Bensel, Cornell University

When Bensel looks at the map of the United States divided into red and blue counties, he sees a bifurcation of the body politic. Each camp forms a community around their own favorite media outlets, only hearing the news and analysis that reinforce their own views.

This hijacking of the news in favor of partisan narratives, in Bensel’s view, threatens the health of our democracy, which may make it more difficult for reason to guide our partisan contests.