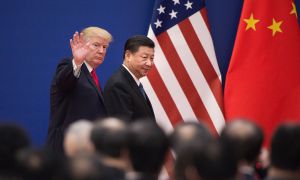 US-China Visa Conflict: Scholars From Both Sides Face Obstacles in Entering the Other Country
0 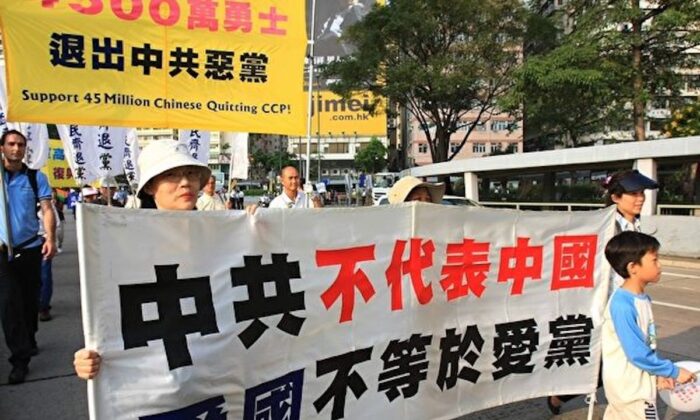 What’s at the Core of China–US Conflict?

It’s indisputable that China and the United States have moved from cooperation to confrontation in their relationship, with trade, economics, science, technology, finance, and the military as sectors in the battle.

The two sides are fighting for many things. The issue of 5G wireless network technology alone has shaken the world. The South China Sea infiltration is even more eye-popping; but these aren’t the fundamental things that the two sides are fighting over. What is at the heart of the struggle between the Chinese Communist Party (CCP) and the United States?

However, the CCP has never asked the Chinese people what they think.

The reason is that the United States didn’t initially distinguish between the CCP and China, which left a loophole for the CCP to use, and conveniently turn the “China” in America’s condemnation of the Chinese regime into the “Chinese people.”

Now that the United States is beginning to realize that “the CCP is not China,” it’s holding the CCP accountable for its wrongful actions.

This series of speeches was designed to promote an important spirit of President Donald Trump’s diplomatic thinking. That is, reversing decades of established China policy from “embracing and accommodating the CCP” to “rejecting the CCP.” It openly declares that the CCP isn’t equal to China or the Chinese people; the CCP also is an enemy of the Chinese people, while the American and Chinese people are allies in the same trench.

“Communists almost always lie. The biggest lie that they tell is to think that they speak for 1.4 billion people who are surveilled, oppressed, and scared to speak out,” Pompeo said in his speech.

But in this battle to win the Chinese people over, the CCP has an inherent advantage. The 1.4 billion Chinese people are held hostage by the CCP, locked behind the Great Firewall (online censorship mechanism), closely monitored with cameras, big data, artificial intelligence, facial recognition, network blockade, information censors, and other high technology. They’re brainwashed with a blaze of anti-U.S. propaganda and agitated with narrow-minded nationalism. The CCP tightly grips the Chinese people as it stands up to the United States and the world to the end.

Yet other issues involving the United States—such as blocking Huawei, cracking down on the CCP’s intellectual property thefts, supporting Hong Kong’s freedom, selling weapons to Taiwan, maintaining freedom of navigation in the South China Sea, and challenging the “One Belt, One Road” CCP initiative—all of which seem to “include China,” are easily used by the CCP to promote anti-U.S. propaganda and stir up nationalism.

It’s important for the United States and the free world to make the Chinese people see the truth and understand that it isn’t “China,” but “the CCP” that they’re attempting to restrain.

“If the free world doesn’t change—communist China will surely change us,” Pompeo said. Imagine if the CCP destroys the democratic and liberal institutions of Chinese societies such as Hong Kong and Taiwan, if it expands authoritarianism to the whole world through its “One Belt, One Road,” if it uses Huawei’s 5G infrastructure to control the lifeblood of Western communications, and if it bullies small neighboring countries, then a world behemoth of communist despotism would really take shape.

That is real strength and a real rise.

The United States and its allies have opened a new chapter in their revolt against the CCP, but much remains to be done. Removing the CCP’s Great Firewall so the Chinese people can see the truth, helping and encouraging the Chinese people to sever ties with the CCP, cleaning up the CCP’s overseas spies and the united front political, business, academic, and media circles, as well as increasing public opinion propaganda to win the Chinese people over are all needed.

Whoever can win the Chinese people over will be the final victor.

Sima Tai is a U.S.-based commentator whose expertise is Chinese politics and economy. Previously, he conducted research on macroeconomics for the Chinese central government.