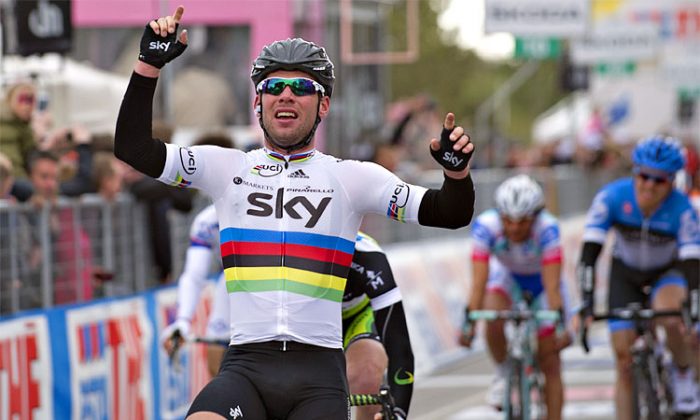 What’s Ahead in the Giro d’Italia

The first of cycling’s 2012 Grand Tours, the Giro d’Italia started Sunday and will continue through 21 stages and 2160 miles of racing to its finale in Milan on May 27. Riders will have spent five stages climbing mountains, six on hills, and contested seven sprint stages plus three time trials by the time they reach the end.

There are two rest days in the 23-day calendar, Tuesday May 8 and Monday May 21. Those rest days are much farther apart than usual, which means the riders will be more tired when they hit the first big mountain stages.

Here is a quick look at what to expect between rest days.

Stage Five, 199 km from Modena to Fano has a handful of climbs, including a Cat 4, in the final forty kilometers—just enough to strain but not really drain the pure sprinters. On top of that the final kilometer slopes upward—possibly a lesser-known but stronger power sprinter might beat the pure speed sprinters here—it’s a Thor Hushovd/Oscar Friere kind of finish.

Stage Six, 207 km from Urbino to Porto Sant’Elpidio, has fifteen climbs though only four are categorized—Cat 3, Cat 2, Cat 3, and a Cat 3. This is a non-stop up-and-down stage—a great stage for a breakaway if it came later in the race but likely too many riders will be too fresh to let a breakaway escape.

Stage Seven, 202 km from Recanati to Rocca di Cambio—another medium mountain stage with a Cat 3 and a Cat 2 climb. The Cat 2 comes in the last 15 km; the last three kms descend are uphill then short downhill finish but the final 1500 meters climb at 5.7 percent. One could hope for attacks on the cat 2 climb, and unless one rider has escaped from the peloton, one would expect more attacks in the final 1500 meters.

Stage Eight, 229 km from Sulmona to Lago Laceno, is long and lumpy with a Cat 4 climb early, a lot of stacked uncategorized climbs in the final third, and as Cat 2 climb in the final 15 km. The last five km are downhill, but the battle will be on the last climb.

Stage Nine, 171 km from San Giorgio nel Sannio to Frosinone, is listed as flat, but it has a few hills particularly at the end. The final two km are uphill, which will test sprinters and their leadout trains. The sprinters’ teams will want this one—it will be their last chance until stages 11, 13 and 18, when they will be much more tired. No breakaway will survive here.

Stage Ten, from 187 km from Civitavecchia to Assisi, is a lumpy stage with a Cat 4 uphill finish—a double-hill finish, in fact. The final four kilometers start with a climb with a grade of over 13 percent, a quick descent and then the final Cat 4 which hits 10.4 percent in the middle and falls off to 5.6 percent. The climbers will need a rest after this one.