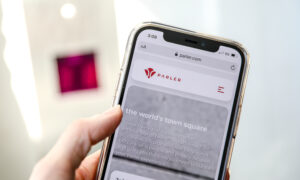 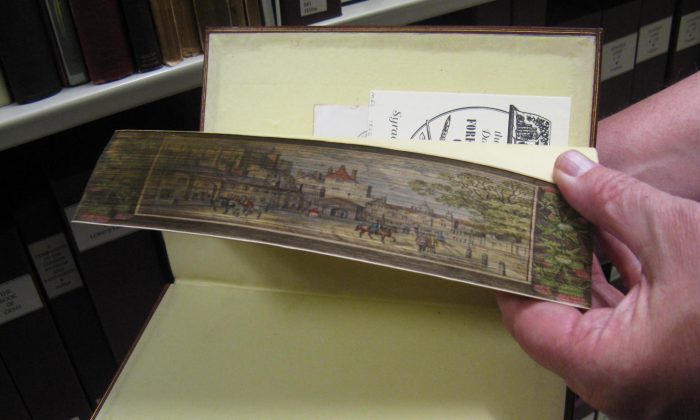 A 30-second viral video shows a unique “fore-edge” book that was made more than 90 years ago.

See the painting hidden in the gilt edges of the pages of the book!! It’s called fore-edge painting, and this book is one of several in Cornell University Library – Rare and Manuscript Collections.

A woman named Miss C.B. Currie painted the book, a copy of Rudyard Kipling’s “Kim,” in 1925. She painted around 175 fore-edge painted books.

“This particular book, which is signed by Currie, is unique in that it contains a laid-in photo of the scene depicted in the fore-edge painting,” read a statement from the Cornell University Library’s Rare Books Collection last week.

Fore-edge paintings arose in the 18th century, according to Indiana University at Bloomington.

“The popularity of fore-edge paintings first arose in the late 18th century in the shop owned by Edwards of Halifax, who was already known for his exquisite bindings and who, by adding a fore-edge painting to an already fine binding, was creating the ultimate luxury item. Many other artists took up their paintbrushes to do the same,” the university states on its website.

A video shot in 1947 of a fore-edge book shows how its done:

The earliest fore-edge paintings date back to around the 10th century, and the earliest signed and dated fore-edge book dates to 1653, which is a family coat of arms painted on a Bible.

“Of course, the art of fore-edge painting goes back many centuries before Edwards, to when it was common to write an author’s name or book title onto the fore-edge of a book for identification purposes, but this exhibition (with one exception) focuses on the heyday of the “vanishing” fore-edge painting (one that is invisible when a book is closed and appears only when the book is fanned open) that began in Edwards’ shop and continued into the 20th century,” Indiana University adds.