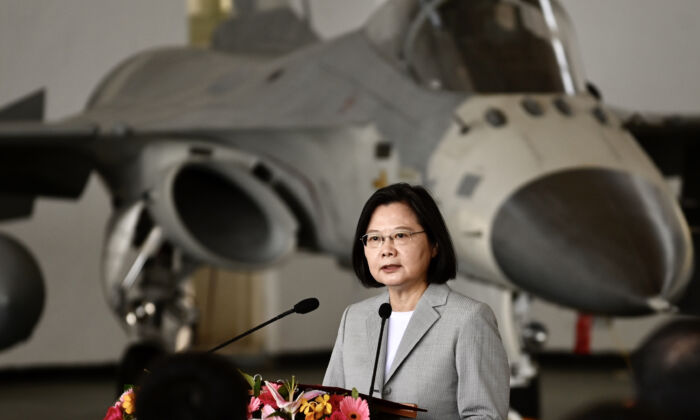 ‘Whatever It Takes’: Taiwanese President Says to Defend Freedom

Self-ruled Taiwan will defend its freedom at all costs against any external threats, the president said on Oct. 8, which includes those from its giant neighbor China.

“It hopes for a peaceful, stable, predictable, and mutually beneficial coexistence with its neighbors,” Taiwanese President Tsai Ing-wen addressed the annual Yushan Forum in Taipei, amid a rise in tensions with China that has sparked alarm around the world.

“But Taiwan will also do whatever it takes to defend its freedom and democratic way of life,” Tsai said during her speech.

De facto independent Taiwan has its own military, democratically-elected government, and constitution. Yet claimed by China as its own territory, the island has seen China’s incursions at an unprecedented rate.

From Oct. 1 to Oct. 5, Beijing sent 150 air force aircraft into Taiwan’s air defense zone in five consecutive days, compared to around 380 jets throughout 2020, according to Taiwan’s government-run Central News Agency.

“This latest action by China, threatening the island of Taiwan, makes clear that China intends an adversarial, provocative relationship with Taiwan, those that support it, and those that value personal freedoms,” Murkowski said according to an Oct. 7 press release.

“If the U.S. stands for democracy, free trade, and personal and civil liberties then we, along with our allies, must remain steadfastly behind Taiwan,” said the senator.

“Taiwan may be small in terms of territory, but it has proved that it can have a large regional presence [in the Indo-Pacific],” she said, adding that Taiwan is “fully committed” to collaborate with countries to achieve regional prosperity.

Taiwan has been seeking the support of other democracies as the stand-off with China worsens and has hosted four French senators and former Australian prime minister Tony Abbott since this week.

Taipei also signed a memorandum of understanding with Washington in March, in a bid to establish a coast guard working group.