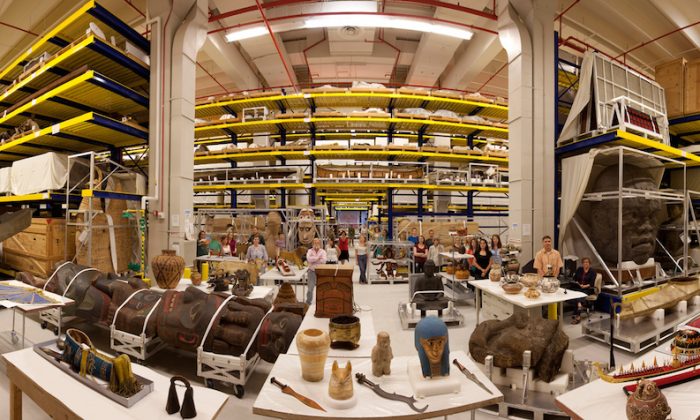 Whatever Happened to Anthropology?

Once a field of serious academic research and study, anthropology has devolved into a virtue-signaling celebration of identity politics.

The original goal of evidence-based understanding of mankind, its evolution, society, language, and culture, has long since been jettisoned in favor of advocacy for preferred populations and their particular sectoral interests.

This devolution was launched at the behest of the flood of feminist anthropologists in the 1960s. The first group to make identity grievance central to their anthropology, feminists adopted a modified version of the simplistic Marxist class conflict model of society in which struggling female victims were viciously oppressed and exploited by the patriarchy.

The goal of feminists was to show through their research and teaching that women deserved both pity and celebration, while men deserved condemnation. But not just that: At the same time the parallel goal of feminists, like the goal of Marxists, was to change the world—in their case, so as to benefit females even, or in the view of many, preferably, at the expense of men.

With the subsequent wave of Marxism, feminism, critical theory, and postmodernism, the scientific approach in anthropology was overtaken by ideology, victimology, subjectivity, and nihilism. Attempts at disciplining these waves, such as Marvin Harris’s “Cultural Materialism: The Struggle for a Science of Culture,” were dismissed even by other Marxists as “crude Marxism” and scientistic.

This was all a revolutionary change. Prior to the feminist revolution in anthropology, most anthropologists were guided by a scientific model of research, striving for objective knowledge.

The founders of modern British social anthropology aimed to make the field scientific, as expressed in their book titles, such as A.R. Radcliffe-Brown’s “A Natural Science of Society” (1948) and Bronislaw Malinowski’s “A Scientific Theory of Culture” (1944). There was an emphasis on research methodology, particularly comparative analysis, as set out in S.F. Nadel’s “The Foundations of Social Anthropology” (1951).

Radcliffe-Brown characterizes social anthropology as a subdivision of comparative sociology. In contrast, American cultural anthropology was founded by Franz Boas, who saw the field not as a scientific quest, but rather as a form of cultural history and as an objective inquiry without advocacy and change trappings.

Along with the politicization of anthropology in the second half of the 20th century came a theoretical transformation. Anthropology finally took leave of the scientific approach and the striving for objectivity under the influence of one of my teachers, Clifford Geertz, who introduced “interpretive anthropology” or “symbolic anthropology” in his influential work “The Interpretation of Cultures” (1973). He argues that “what we call our data are really our own constructions of other people’s constructions of what they and their compatriots are up to,” and “what generality it contrives to achieve grows out of the delicacy of its distinctions, not the sweep of its abstractions.”

One of Geertz’s last books is titled “After the Fact” (1995), which is meant not only in a historical sense, but also in an epistemological one. In this work, he says, “It is necessary, then, to be satisfied with swirls, confluxions, and inconstant connections; clouds collecting, clouds dispersing.” Knowledge has dissipated into wisps of fog.

Cultural anthropology today has devolved into a congeries of political ideologies and “victim” advocacies, from indigenous activism to anti-male feminism, trans, fetish, and pedophile advocacy, race-baiting, Palestinianism, postcolonial anti-Western condemnation, and the socialist jihad against capitalism. It’s as good an example of academic decadence as could be imagined.

The latest travesty that makes a mockery of anthropology as an academic discipline is the demand that archaeologists not sex the remains of ancient humans. The reason offered is that we don’t know what sex these ancients identified as, and sexing them on the basis of their “gender assigned at birth” would be offensive to trans-Neanderthals and nonbinary ancient hunters.

For example, as Eric Utter reports, “Canadian Master’s degree candidate Emma Palladino recently tweeted: ‘You might know the argument that the archaeologists who find your bones one day will assign you the same gender as you had at birth, so regardless of whether you transition, you can’t escape your assigned sex.’”

This effort has been institutionalized in the Trans Doe Task Force, which states on its website that “current standards in forensic human identification do a disservice to people who do not clearly fit the gender binary.” It goes on to say that “professionals in forensics-adjacent fields and media can implement harm reduction strategies in their own work as well as assist the Trans Doe Task Force in our mission to advocate for and appropriately identify the unknown dead in our community.”

Anyway, you can’t really tell males and females apart; according to associate professor Jennifer Raff of the University of Kansas, there is “no neat division between physically or genetically ‘male’ or ‘female’ individuals.”

Huh? That’s it? Biology and biological anthropology are canceled?

But wait, there’s more. As reported by professor Jonathan Turley: “Professors Elizabeth DiGangi of Binghamton University and Jonathan Bethard of the University of South Florida have also challenged the use of racial classifications in a study, objecting that ‘[a]ncestry estimation contributes to white supremacy.’ The authors write that ‘we use critical race theory to interrogate the approaches utilized to estimate ancestry to include a critique of the continued use of morphoscopic traits, and we assert that the practice of ancestry estimation contributes to white supremacy.’ The professors refer to the practice as ‘dangerous.’” Denying race among the ancients, the professors still feel at ease in classifying their fellow countrymen as “Black Americans” and “whites,” and in advocating for the former and against the latter.

The devolution of anthropology into woke fanaticism pleases the young radicals but leaves senior faculty who remember anthropology as a serious field of inquiry disillusioned and disappointed. University of California–Los Angeles professor of anthropology Joseph Manson took early retirement rather than continue to try to work in the woke decadence of his department and university.

Manson explains on his blog that “mainstream U.S. higher education is morally and intellectually corrupt, beyond the possibility of self-repair, and therefore no longer a worthwhile setting in which to spend my time and effort.”

This is a fair assessment of anthropology and universities generally today.