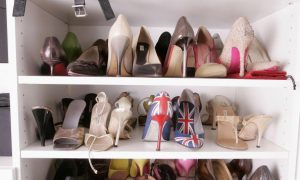 For the Love of Shoes
0
Share Now
TelegramFacebookTweetEmailTellMeWeReddit
Copy Link 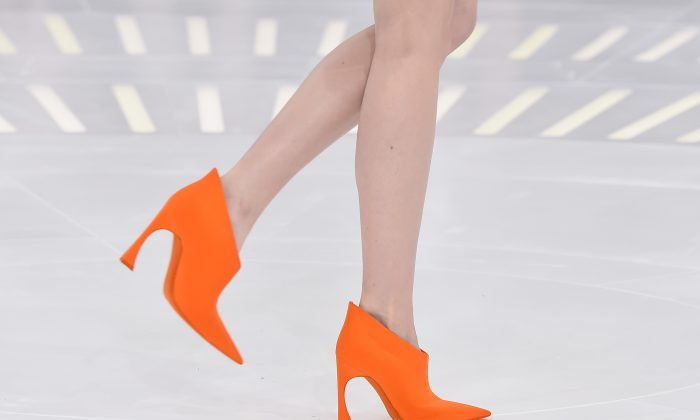 What Your Shoes Say About You (Quite a Lot, Actually)

Paris Fashion Week heralds the finale to what has been a packed calendar of catwalk shows. The designers’s eagerly awaited collections for Autumn/Winter 2015 have been revealed, new trends noted, and the commercial wheel for fashion’s next season set in motion once again. As the globe-trotting fashion pack jostle for the much-coveted front row seats, it won’t be just the clothes they are hotly anticipating, but also the shoes.

Within the commercial sphere of fashion shoes were originally of secondary importance to clothing. But television shows such as “Sex and the City,” launched in 1998, have catapulted the shoe into mainstream culture as an object of desire and sometimes obsession for many women. Marketing studies have shown that spending in the U.K. alone on shoes has been increasing steadily, with growth in the footwear market now having overtaken that of clothing.

Sales of shoes in the U.K. in 2014 were estimated to be worth almost £9.4 billion ($14.2 billion). The investments that London department stores such as Selfridges and Harrods have made in redesigning and transforming their women’s shoe departments into salons of visual delights and inspirations demonstrates further how important shoes are to fashion. So commercially, it’s evident that shoes are no longer the afterthought to clothing.

The Power of Shoes

Shoes have always held a significant place in popular culture. Fairy tales and stories such as the “Wizard of Oz” and “Cinderella” have presented them as objects that hold transformative, magical, and sometimes even dark powers.

And putting aside their role as fashion accessories it is clear that shoes have the ability to transform the wearer—physically, aesthetically, and emotionally. As a three-dimensional sculptural form the shoe imposes particular postures on the wearer, influencing how they move and physically feel.

In his seminal work “Techniques of the Body,” the French sociologist Marcel Mauss explored how particular styled shoes would influence different types of movement on the body. The high heel, for example, repositions the posture—lengthening the calf muscles, pulling the hips inward, tightening the bottom muscles, and pushing the chest forward. The result is a feminine and disciplined body. In contrast, a flat shoe like a Birkenstock allows the foot to spread and the body to relax.

These contrasting shoe styles create different physical forms for the body which influence, in turn, how the wearer will feel and present herself, either consciously or unconsciously, to the outside world. The relationship of clothing to the psychology of individuals has been much studied, but shoes, by the very intimate relationship they hold with the body, are also key to constructing identity and meaning for the wearer.

Research has shown that by examining someone’s shoes, it is possible to guess an enormous amount about the owner’s personal characteristics—by some excessive and headline grabbing estimations up to 90 percent of an individual’s personality.

The high heel as an object of fascination and obsession takes center stage in most such discussions of shoes as objects that confer meaning. This is a shoe that continually sways between being interpreted as an object of empowerment and confidence for women and one of subordination, shoes that are selected just to please men. The anthropologist Ann Brydon’s study of female academics in America noted their vehement resistance to wearing high-heeled shoes in fear of being seen to be frivolous and of inferior intelligence. To assert their academic eruditeness they opted for flat, indiscreet, sensible shoes.

But most women will admit that they buy and wear high heels not for aesthetic reasons, or to please their observers, but simply because of how they make them feel. Wearing such shoes instills confidence and enjoyment, despite perhaps the occasional sensations of pain.

Shoes have been subjected to debates on feminism, fetishism, and fashion and through this have become objects that may reveal something about the psychology of individuals. And Paris Fashion Week provides one of the best opportunities to test these theories, so as models strut down the Paris catwalks in their spindly shoes and the audiences mill around in equally eye-grabbing footwear, take some time to analyze their choices.

This article was originally published on https://theconversation.com Read the original article.