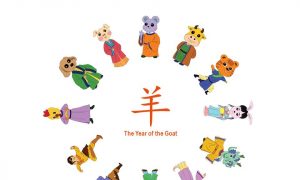 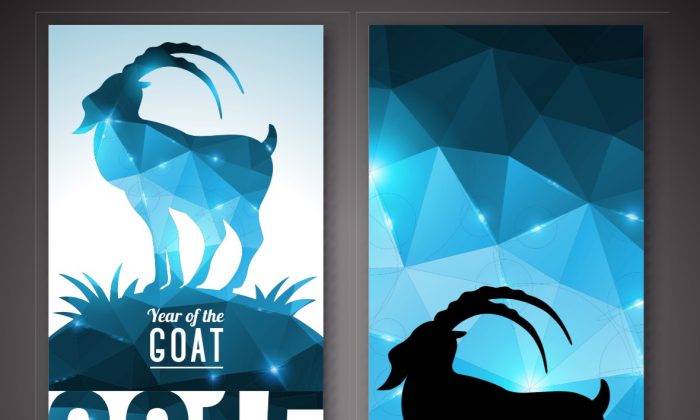 What You Need to Know About the Year of the Sheep

Thursday, Feb. 19, 2015, marks the start of the Year of the Sheep according to the traditional Chinese calendar. It is also known as the Year of the Goat, because the root Chinese character for both animals, pronounced “yang,” is the same.

The sheep is the eighth animal in the Chinese zodiac, following the horse and preceding the monkey. Eight is an auspicious numeral in Chinese culture and the peaceful, domesticated sheep is seen as a bearer of such virtues as serenity and righteousness.

There are 12 animals featured in the Chinese zodiac, which fits into the sexagenary cycle of the Chinese lunisolar calendar. Personality and character are said to be influenced by the attributes of a person’s birth year’s animal. Furthermore, the five traditional Chinese elements—metal, wood, water, fire, and earth—are paired with each of the 12 animals to complete one sexagenary, or 60-year cycle. This year’s Sheep happens to be a Wood Sheep.

This apparent weakness, however, is a blessing in disguise, for a wood sheep’s selflessness will pay off in the long run, and keeps him or her from misdeeds.

In ancient China, the sheep’s modern reputation as a pathetic or unenviable creature was unheard of. Rather, the sheep was welcomed as a symbol of lofty, civilized virtues. The image of the lamb suckling from its parent, its head raised upward, reminded the ancients that people, too, should keep their sight turned upward in reverence of the heavens.

Dong Zhongshu, an influential Confucian scholar in the Han Dynasty (206 B.C.–A.D. 220), wrote, “The lamb must kneel to feed from its mother, placing itself in the category of that which is well-mannered and proprietous.”

In the “Book of Poetry (Shijing),” compiled by Confucius in the Eastern Zhou era (770 B.C.—221 B.C.), in the introduction to a section titled “Odes of Shao and the South,” it is said: “Regarding those who hold office in the southern states of Shao, they are frugal and upright, and their morality is like that of the sheep and lamb.”

The concepts of “sheep” and “auspicious” were so deeply intertwined in early Chinese history that the two characters originally shared the same symbol. Even as the two characters diverged, they remained synonyms and to this day are pronounced similarly.

Other characters, such as those for “beauty,” “righteousness,” or “compassion” all contain the root character for “sheep” in them.

Despite the modern-day Chinese perception of sheep people as being weak and easily taken advantage of, some of China’s greatest rulers and generals were born under its sign. Emperor Tang Taizong, the famed founder of the cosmopolitan center of civilization, the great Tang Dynasty (618–907), was born in the Year of the Sheep, as was the vaunted Gen. Yue Fei of the Southern Song Dynasty (1127–1279).

Leading Chinese forces against the nomadic Khitan invaders from the north, Yue Fei regularly defeated his enemies with small numbers of highly motivated and well-coordinated elite warriors, whom he treated with paternal affection.

One of the most powerful and controversial women of Chinese history, the Empress Dowager Cixi, was also a sheep. Beginning as an imperial concubine of modest rank, she eventually rose in prestige to become the de facto ruler of 19th-century China.

Though conventional historiography has typically portrayed Cixi as a stubborn, conservative xenophobe who contributed to China’s “century of humiliation,” more recent appraisals, such as that by Jung Chang of “Mao: the Unknown Story” and “Wild Swans” fame, have taken a more nuanced approach. Looking at the Empress Dowager’s overlooked achievements, Jung Chang’s “Empress Dowager Cixi: The Concubine Who Launched Modern China” places the shortcomings commonly attributed to her in their greater historical context.