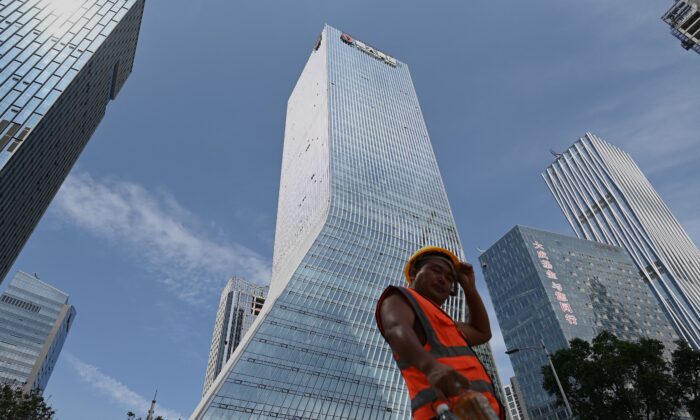 What You Need to Know About Evergrande

The financial woes of Evergrande have rippled through global financial markets, while investors are bracing for more volatility as Evergrande’s situation unfolds. So, what is Evergrande, why is it in the news, what went wrong, and what might happen next?

But it does a lot more than property development. Its business has expanded to include theme parks, electric vehicles, financial services, mineral water, and it even owns a soccer team (Guangzhou Evergrande FC).

Why Is It in the News?

Evergrande is estimated to have an eye-watering $300 billion of debt and is now struggling to pay its creditors. On Sept. 23, Evergrande had $83.5 million in interest payments due on dollar-denominated bonds. The Wall Street Journal reported that investors didn’t receive the funds. Evergrande could be declared bankrupt if the interest payments aren’t met within 30 days of the due date.

The rating agency Standard and Poor’s (S&P) has deemed an Evergrande default as “likely.” As investors lose faith in the solvency of the company, Evergrande’s share price has tumbled 80 percent year-to-date.

As the company scrambles to find funds, construction has stalled on its projects, putting the future of the 1.4 million properties that it has committed to building in doubt. The situation has sparked protests at Evergrande headquarters in Shenzhen, China. Protestors included contractors owed money by Evergrande and those who have paid for a home that may now never be built.

But the problem extends beyond the people that Evergrande owes, and it could have far-reaching effects. Property plays a major role in China’s economy. It accounts for around 25 percent of the country’s gross domestic product and is also the single largest source of household assets (accounting for around 60 percent of household assets). Thus how Evergrande’s predicament unfolds could have major domestic and global consequences. A disorderly collapse of Evergrande could trigger a downward spiral in China’s property market, which could derail domestic and global growth and bring about social unrest as citizens see their wealth evaporate.

Various regulatory, business, and economic factors have brewed the perfect storm that has resulted in Evergrande’s financial troubles.

Over the years, Chinese authorities have enjoyed the benefits of a booming property market, but have more recently become increasingly concerned about the risks that the property market poses for financial stability. The Chinese Communist Party (CCP) has introduced different regulatory measures designed to curb property prices. It even created a slogan to discourage property investment: “Houses are for living, not for speculation.”

As part of the August 2020 clampdown on property investment, Chinese authorities directly targeted developers with their “three red lines” policy. This policy limited the amount of leverage that developers could have and required developers to have sufficient cash to cover short-term debt.

These measures significantly stunted Evergrande, whose business model relied on aggressive borrowing to purchase land and build housing. To comply with these measures, Evergrande has been forced to find ways to cut its debt and raise cash, but in March, Evergrande was still non-compliant with the “three red lines” and judged to be in the “red zone.”

On top of all of this, the pandemic-related lockdowns in 2020 effectively froze the property market for months, bringing down property sales and leaving Evergrande strapped for cash.

This crisis is unlikely to be resolved quickly. Outside of the interest it owes immediately, Evergrande has debt that runs over many years. For 2022 alone, it has $7.6 billion in bond payments due. Managing these debt obligations will be complex and challenging.

The authorities in Beijing are likely to step in on some level, but according to many analysts, a total bail-out appears unlikely. A report from S&P Global Ratings also states that a bailout is unlikely, claiming that Evergrande “is not too big to fail.” Chinese authorities appear committed to their policy stance of discouraging property investment and lending, and bailing out Evergrande would undermine this agenda. But Evergrande’s sheer size, profile, and interconnection with global and domestic financial markets will test their resolve.

On Sept. 29, the regime’s central bank vowed to protect homebuyer’s interests, signaling that it may step in to cushion the blow from potential fallout regarding the situation.

Chinese authorities could use their tight grip over the Chinese financial and banking sector to engineer some form of controlled debt restructuring. Market commentators believe individuals who have pre-bought their homes will be protected, with possible solutions including the enlistment of other property developers or even local or regional authorities to take over unfinished projects.