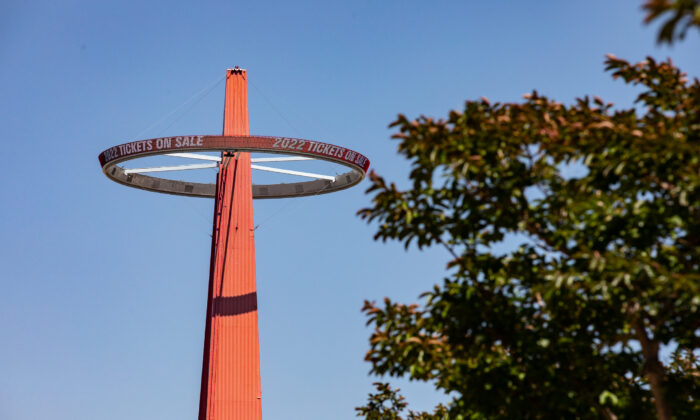 What You May Have Missed About the Angel Stadium Deal

Void the Angel Stadium sale and preserve all evidence related to its negotiations—that’s what the City of Anaheim is asking Angels baseball team owner Arte Moreno and his company SRB Management to do.

City Attorney Robert Fabela sent a formal letter to Moreno’s attorney on May 25, saying the city’s original 2020 agreement with the baseball team “was not a good faith, arm’s length transaction.”

Anaheim city officials approved the sale of the 150-acre stadium site to SRB Management in December 2019 for $320 million.

But an FBI affidavit came to light May 16 accusing former Mayor Harry Sidhu, who resigned May 24, of sharing confidential information regarding negotiations of the Angel Stadium sale with representatives of the Angels—with the expectation of receiving a sizeable contribution to his reelection campaign.

“This covert disclosure, without the City’s knowledge or authorization, throws all aspects of the pending deal into shadow,” Fabela, the city attorney, wrote in the letter.

Sidhu’s attorney has denied these allegations. The former mayor was appointed by the city council to serve as the city’s sole representative to negotiate the stadium sale prior to the 2020 agreement.

Fabela’s letter was sent at the city council’s direction after councilors voted unanimously to void the deal.

A spokesperson for SRB Management did not respond to a request for comment by press time.

In response to the city council’s vote to void the sale, SRB Management’s spokeswoman Marie Garvey issued the following statement on May 25, according to the Los Angeles Times:

“We are disappointed by Anaheim City Council’s action last night regarding the stadium land sale. Since the beginning, we have negotiated in good faith, which resulted in a fair deal. We are currently exploring all of our options.”

Sidhu was appointed by the city council to serve as the city’s sole representative to negotiate the stadium sale before the 2020 agreement.

The California Attorney General on May 16 has requested for an Orange County Superior Court judge to halt the agreement to sell the stadium for 60 days as the investigation unfolds.

A lease for the Angels to play at the stadium continues through 2029, with the possibility for three three-year extensions through 2038.

In the FBI affidavit mentioned above, Special Agent Brian Adkins describes a corporation, known as “Company A,” which allegedly influences policymakers in Anaheim through one of its employees.

The employee allegedly helped script a statement that was read by an elected official before the city council voted to issue bonds, according to the affidavit.

Recent media reports confirmed that “Company A” is Disney, and the employee is Carrie Nocella, Disneyland Resort’s head of external affairs. The company and Nocella have not been accused of wrongdoing.

“We believe we have acted fully in accordance with the law and are prepared to cooperate with authorities if they so request in the course of their investigation,” a Disney official told The Epoch Times via email.