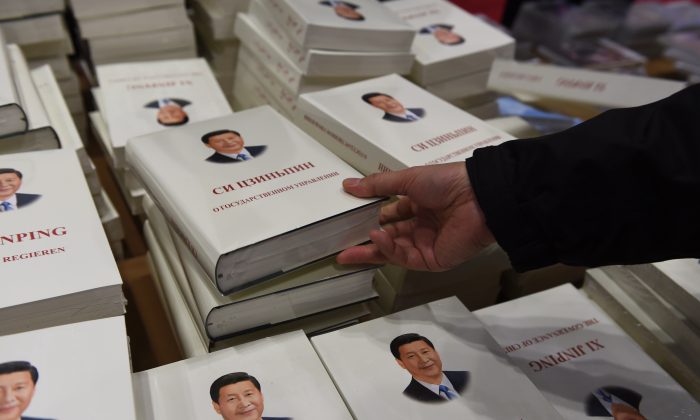 Books are important, especially in an authoritarian society where the state decides what goes to press. This gives some context to the piece run by China’s state-run People’s Daily on Oct. 15, listing the dozens of works that national leader and Communist Party head Xi Jinping counts among his favorites.

The selections — titles included range from ancient Chinese masterpieces to the novels of Russian and French giants, with a smattering of other works from East and West alike — present Xi as a worldly statesman grounded in classical thought. At the same time, they reflect the ordeals he suffered growing up as the son of a disgraced cadre in a time of frenzied political chaos.

In the Cultural Revolution of the 1960s and 1970s, a teenage Xi was denounced, lost his half-sister (she is thought to have hanged herself due to political torment) was moved to the countryside as part of the “to the mountains and villages” program in which tens of millions of urban “sent-down” youth sacrificed their best years in rural labor instead of education.

According to the People’s Daily, which took its list and narrative from a Communist Party commission, Xi did most of his reading in his adolescence. He gained an appreciation for the breadth of Tolstoy, saying that he liked “War and Peace” the best, while describing “Resurrection” as a book “full of spiritual reflection.”

Topping Xi’s list is an ancient biography of Yue Fei, a Chinese general of the doomed Southern Song Dynasty (1127-1279), whose brilliant campaigns against the nomadic Jurchen invaders and then untimely death at the hands of an evil functionary immortalized him as a paragon of loyalty and patriotism.

It is an intriguing picture of the most powerful man in China, given the recent efforts by his regime to clamp down on, not encourage, freedom of expression and Western values. The suppression of southern Chinese villagers fighting for their representative rights does not mesh with the inclusion of Victor Hugo, several of whose books are featured. All the same, Xi described being “particularly moved” by Jean Valjean’s confession before Bishop Myriel.

The selections may say more about Xi as a man — his violent and traumatic upbringing, and current factional struggle with the other men who hold positions in the regime leadership  — than Xi as a representative, albeit the most powerful one, of the Chinese party-state.

“People who have little experience with power, those who have been far away from it, tend to regard these things as mysterious and novel,” Xi told the New York Times in 2000.

It’s not surprising that Xi has thick tomes like “War and Peace” to his name.

A Chinese social media user, quoted by China Digital Times, writes: “I do believe he’s read those books. The book consumption of folks in the era before online distractions was amazing. … I can’t even imagine his appetite for literature while he was sent down to the countryside during the Cultural Revolution.”

Xi says he read Goethe’s “The Sorrows of Young Werther” at age 14. During his rural days, he once walked around ten miles to borrow a copy of the 18th-century German author’s morality tale “Faust.”

“He is emphasizing his connection to world culture, to the traditional culture of China,” says Dr. Tianxiao, a political commentator with New York-based New Tang Dynasty Television. “He is drawing a connection to the everyday Chinese, the man in the street, and those who share the same experiences as himself.”

Towards the bottom of Xi’s list are socialist “model operas.” During the Cultural Revolution, these theatrical works were the only ones available in the country.

Observing that Xi’s selections include mostly classical works and only a few ubiquitous examples of socialist art, with the first title being the biography of ancient national hero, Li believes that Xi is not merely burnishing his credentials as a literati.

Going by the classic, General Yue Fei’s mother tattooed the characters “serve the country with the utmost loyalty,” into her son’s back. Likewise, Xi himself has presented his anti-corruption campaign as an effort that must succeed lest the nation come to ruin.

By assuming affinity with Yue Fei, Li says, and ignoring Marxist-Leninist-Maoist theoretical works almost entirely, Xi is placing currency in himself as an individual leader of China. At the same time, given the treacherous end that befell Yue Fei, the reference may even hint at the political challenges he faces from the regime he is trying to control.

“It’s been my lifelong aspiration to ‘serve the country with the utmost loyalty,'” Xi said in quotation of the general.

With reporting by Larry Ong