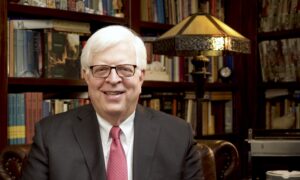 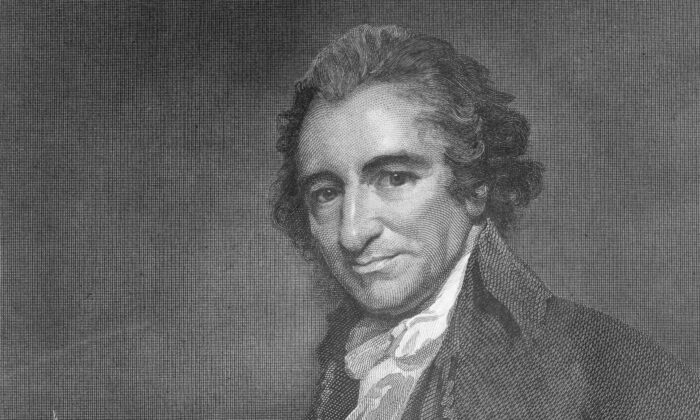 Thomas Paine (1737–1809) produced publications that helped shape the course of both the American and French Revolutions including “Common Sense,” “The Crisis,” “The Rights of Man,” and “The Age of Reason.” (Hulton Archive/Getty Images)
Viewpoints

What Would Thomas Paine Have Said Today? 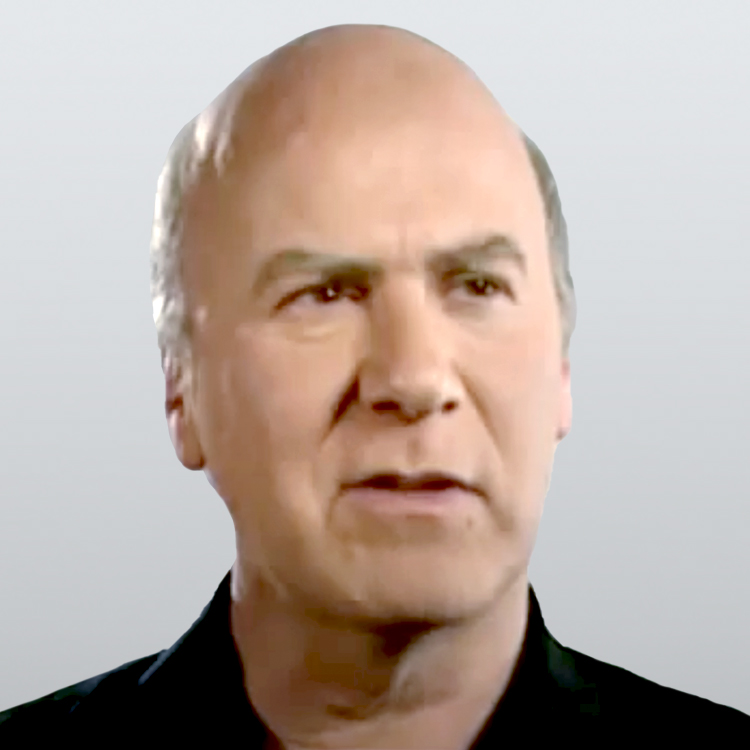 “Men who look upon themselves born to reign, and others to obey, soon grow insolent; selected from the rest of mankind their minds are early poisoned by importance; and the world they act in differs so materially from the world at large, that they have but little opportunity of knowing its true interests, and when they succeed to the government are frequently the most ignorant and unfit of any throughout the dominions.”—Thomas Paine (1737–1809), “Common Sense“

I suspect he may have written the following essay:

You’re an American, born and raised. And if you’re not, you’re a citizen. The Founding Fathers are your heroes. So are Abraham Lincoln and Martin Luther King Jr.

But more and more, you’ve seen the police defunded, politicians and mayors supporting well-funded rioters, and you’ve read about financial corruption at the municipal, state, and federal level. You despair at the words “diversity,” “multiculturalism,” and “equity,” the code words of the new tyrants.

You want your country back, and you despair that traditional politics can’t do that for you. What to do?

One answer is to take one example from a range of institutional recommendations and experiments that left-leaning Western “development experts” have tried out in the “developing world” to develop, strengthen, and “empower” local communities and apply them to your own local, probably suburban, and uniquely American situation.

Let me outline how some of this kind of thinking and practice may help householders and members of neighborhoods to take back control of their lives, while the institutions around them are collapsing, or even persecuting them for their constitutionally based values and beliefs.

In the developing world, community development doesn’t succeed when you get together and outline problems and their solutions. Individuals don’t succeed doing this, nor do communities. Problems are infinite. And, resources are always limited.

The Appreciative Inquiry method and movement brings people together in an open, participatory yet disciplined way to vision what kind of future they want and how they can access the resources to get there.

So, let’s say an Appreciative Inquiry has been carried out by Americans who have children in school and who believe in the Constitution, Western civilization, the rule of law, and the “Great Books and Conversation” of those “dead white males” whom we revere, and that they want to pass this worldview to their children.

Let’s say that at the end of the process, the vision includes education, security, health, banking, community communication, employment, food, voluntarism, and governance and legal action.

These are some of the issues that I imagine would come up in a proper Appreciative Inquiry from citizens and parents of children in U.S. towns and cities who want the Constitution to truly live. Given the fact that most public institutions are corrupted or have been infiltrated by the left, one must start somewhere, and with a sector and an institution that you can control. So, one starts with a school.

Schools are where the cultural Marxists deliberately alienate children from the values and worldview of their parents. They’re winning the curriculum battle. And so, if you don’t take control of your school, you’ve already lost your child to political correctness and gender confusion. They’ll also be taught to hate the West and accept the now-received wisdom that all white men and women, past and present, were and are “racist.”

Therefore, families must band together to start and run their own school. What is a school? A good church basement, a few motivated and well-paid teachers, and lots of volunteer work from the families of the students. Ah, but everyone will fight over the curriculum. Won’t they? No.

And so, the criteria for school membership (remember it’s private) must be an endorsement of the Constitution and the school mandate that reflects it. If you don’t agree, don’t send your children there, and if you change your mind, the school can ask you to take your child out. But won’t this lead to “unfairness”?

No. If members believe in the Constitution, they’ll want the kind of education that the Founding Fathers received. Philosopher and educator Mortimer Adler has clearly outlined what this is in a modern setting in his book “Paideia.” His is a simple but well-thought-out formula, and a few schools have implemented the program.

Add to this a Great Books-based three-year undergraduate degree from a local college (you can start your own) and costs come down, while the quality of education goes up. All other alternatives are forms of political correctness.

But a school is also an institution, and it can provide its members with goods and services that the wider society may be failing to provide, or which does so on condition of endorsement of political correctness.

So, let’s explore just some of the areas that a school can help in taking back your country and Constitution. Here are some. No doubt there’ll be people who come with creative additions.

What do you do if you can’t trust the police? You must organize your own security. The model is Neighborhood Watch, plus. That’s to say, homeowners and neighborhoods must organize their own security. But this may not be possible if your neighbor wants to “defund the police.” So, you can create a school security network where families of a student pay for extra protection.

There are private security companies that can help you. They can also participate with the school for a price. They can be contracted by the school members. At best, they can also liaise with a local police force on behalf of registered families so that there’s a three-way channel of communication and participation—from the citizen to their security service provider and then to the police and back down.

It goes without saying that citizens must organize to monitor crime in their area, monitor arrests, and ensure fair sentencing and make sure criminals don’t return to their communities after incarceration—a difficult issue. That’s more challenging but not insurmountable.

The U.S. health insurance system is designed to make the payee the holder of risk. You get diagnosed with a disease. You need serious medical intervention. You pay through the nose. Your insurance company then tries to find ways of not paying you back.

You go bankrupt. Yes, bankruptcy to pay medical bills is one of the prime factors in familial economic collapse in the United States. And then there’s the Dartmouth Report, which demonstrates that the number of medical interventions rises with the density of doctors in an area, meaning doctors recommend procedures to make money and not to help people live healthy lives.

So, you need a local clinic (or better still a “health center,” a term that’s straight out of the leftists’ playbook). It needs to be funded by your school. It needs some nurses, some doctors, and some lab and testing equipment to deal with the common ailments of our time for students and their families.

It must be supported by group funding, but it need not be part of traditional insurance. Group insurance may go back to its primitive origins. You pay in, and when someone gets really ill it helps them.

A health center can actually provide you with information and lectures on healthy eating and living! Fancy that.

Banks can’t be trusted. So, you need to open your own bank. The model shouldn’t be commercial. It should serve the people who invest in it. The credit union is a proven way of banking, helping people save and not setting up punitive mortgages. In the province of Ontario alone, credit unions move billions of dollars each year.

Everyone knows that banks and big government are in it together to disadvantage the consumer. Just remember the crisis of 2007–08. The evidence is overwhelming.

It may even be possible to link the credit union to holdings in gold, a kind of localized return to the gold standard.

This kind of voluntary, networked community of parents and families of students can have its own websites and its own radio station, which provides interactive communication from like-minded members and their families. It’s your digital town hall/PTA, and it should provide healthy commentary on music, film, TV, books, magazines, and what to or not to watch, and why.

Yes, there’ll always be inequalities of result. But for those who are unemployed, they need all the networks and assistance of their school association to get them back on track, as they need their own social worker for those families who are just not making ends meet or who have special needs.

If you’re unemployed or underemployed, the parents of the children who go to the same school as your children will be better motivated to help if they can. It’s in their interest to do so.

This is a time-proven movement on the left that succeeds at times, but needs to be applied to a new form of community development. It substantially reduces costs. It’s a no-brainer. All families with children at the school should have access and volunteer.

Voluntarism at Every Level

The above “institutions” should provide a wealth of opportunities for adult volunteers, and the school should provide opportunities for non-political or more precisely “depoliticized” volunteering for teenagers. People need to reconnect with nature, and Boy Scouts and Girl Guides (you can make up your own names) need to be reconstituted, according to the values that were in place in these organizations before they were overtaken by political correctness. This can be done locally.

I know of no place in the United States where these kinds of initiatives are bundled and managed by parents, in the way proposed here, using a private school as an institution to bring back American values.

We are surrounded by institutions that are supposed to help us—police, school boards, local government, banks, etc.—but they’re broken. They must be monitored, and when found wanting, sued. A legal fund needs to be established to do so. Yes, there’s a litigious side to American life, and this is where it belongs.

At the same time, don’t be surprised if one or any number of these kinds of institutions or their representatives comes after you and sues your school for “institutionalized racism” or “lack of equity.” As Smokey the Bear used to say in the ’50s, “Be prepared!”

We’re living in an age of pernicious lawfare. You won’t be left alone and will need a defense fund or pro bono lawyers to act on your behalf.

The goal described here is quite simple: to reconstitute America from the community level by making of a school, a community. The left has destroyed most institutions in this country. That’s tediously well-documented.

The right is far too preoccupied with pointing out how wrong the left is. The leftists are laughing at them (literally all the way to the bank or a government-funded program) for they’re abrogating our parental and constitutional authority from the first day of school, right through college and graduate school. Is it not time for the “right” to adopt the successful techniques of the left and apply them to our immediate needs?

Here’s what Paine had to say: “If there must be trouble, let it be in my day, that my child may have peace.”

I recommend we listen.

Geoffrey Clarfield is an anthropologist-at-large who has spent 20 years traveling, living, and working in East Africa, the Middle East, and Asia.