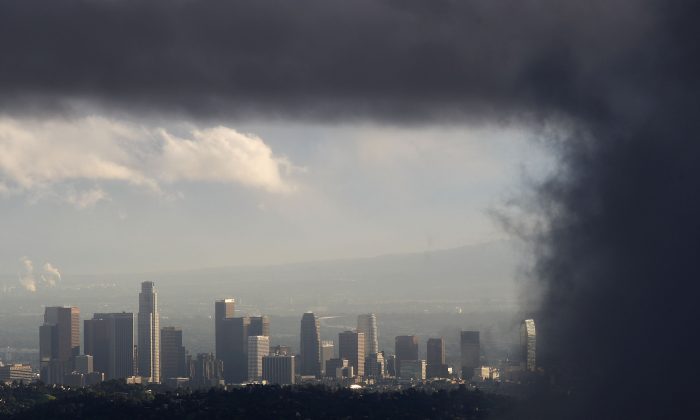 What Would It Take to End California’s Drought?

The excitement about a potentially rain-bearing El Niño is building, and hopes for a swift end to California’s ongoing drought are multiplying. At the same time, many of us who have worked extensively on water issues in the state fear the momentum and progress made on much-needed water reforms will be lost.

The prospect of a rainy year raises the question: What would it take for the drought to be over? The answer to that question turns out to be more complex than it might seem.

It is common to think of drought as a lack of precipitation, but there are many ways to look at drought. For example, from a physical standpoint, researchers might use soil moisture indicators and are increasingly using temperature as well. However, these measures don’t directly address the social and economic aspects of drought.

To that end, the National Drought Mitigation Center has a helpful guide that identifies four kinds of drought: meteorological, hydrological, agricultural, and socioeconomic. This lens helps to explain the widespread impacts of California’s current drought, where we have been experiencing all four kinds simultaneously for several years. We have reduced precipitation and streamflows, irrigation water cutbacks and communities without running water. From this perspective, it becomes clear that increased precipitation alone will not signal an end to the drought.

Take two key drought-related issues the state is facing right now: lack of snow and groundwater depletion. Even with more rains, we are not guaranteed to get snow. In fact, this is one of the biggest caveats about El Niño this year–researchers are predicting more rain for southern California but are less confident about precipitation, particularly snow, in the northern part of the state.

In addition, the severity and timing of storms play a big role. Heavy, intense, fast-moving storms can lead to high levels of runoff or snowmelt that may not be stored in dams and reservoirs. Milder, slower-moving storms increase our ability to capture water in both surface and groundwater systems.

Groundwater recharge is also a complex issue. There are certainly places where groundwater will be replenished by increased precipitation and decreased use as we are able to switch to surface water use once again, but there are also places where restoring groundwater levels could take anywhere from decades to centuries.

Another way to look at drought is through the lens of supply and demand, and while a wet winter might help with supply, it won’t much affect demand. In a helpful article, Kelly Redmond of the Desert Research Institute explores the supply-and-demand challenge in depth, noting that the questions of whether there is “enough” water and for what purpose are big ones that are often left out of the equation. So, for example, the commonly referred to estimates that the state needs an extra year or two of rain to end the drought are interesting to contemplate but are focused on making up for a precipitation shortfall and do not say much about demand.

Finally, no matter how you define drought, its impacts have been incredibly variable across the state, so it makes sense that recovery will also be contextual, differing from place to place. For instance, as a recent report from the Public Policy Institute of California points out, many urban centers have been resilient in the face of drought, while many rural communities have faced a suite of drought-related challenges, ranging from a decline in air quality to lack of running water.

So, What Would It Mean to End the Drought?

In California, it has become clear that drought is a multifaceted challenge and may in fact exist on more of a continuum than anything else, potentially limiting the utility of the word over time. On a practical level, however, here are some of the factors we will be monitoring:

California’s current water situation offers an invitation to expand how we think about water and drought conditions. A more nuanced perspective about what drought means and our water needs can help continue the momentum on the shifts, such as conservation measures and groundwater management, needed to deal with what is certainly an uncertain future.