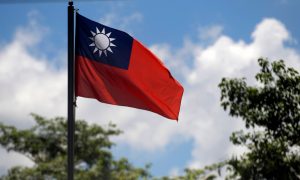 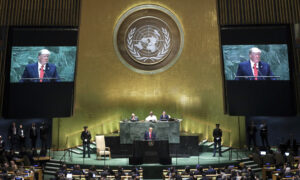 China’s Subversion of the United Nations
0 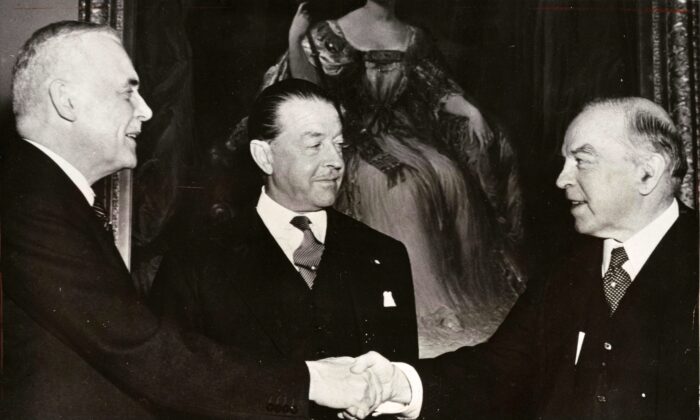 Some western powers hit by the pandemic, such as the United Kingdom, United States, France, and Australia have spoken out about the high cost of the Chinese regime’s lack of transparency, which allowed the virus spread around the world.

British Foreign Secretary Dominic Raab went so far as to say the U.K.’s relationship with Beijing will no longer be “business as usual,” in a sign of a toughening stance toward the communist regime over its handling of the outbreak.

But in Canada there’s been nary a whisper of criticism aimed at the regime by the Liberals, and even less so any talk of lessons learned leading to changes in Canada-China relations post-crisis.

I suspect a very different approach would have been taken by some past Liberal leaders who guided Canada in a time of disruption or change. A case in point is Louis St. Laurent, the prime minister who held office during the early years of the Cold War and who helped cement Canada’s reputation in the Western alliance against communism.

A Quebec native with a modest personality and patriotic heart, St. Laurent entered politics late in life, serving in William Lyon Mackenzie King’s cabinet as both minister of justice and minister of external affairs.

He was a stern anti-communist and had no doubt about the threat communism posed, nor did he equivocate on supporting America in the fight against it. In a 1947 lecture titled “The Foundations of Canada’s Policy in World Affairs,” he outlined the “basic principles” that would define Canadian engagement, especially during his tenure as prime minister (1948-1957).

Consistent with his religious beliefs, St. Laurent’s broad conception of the international environment during the Cold War was one engulfed by a battle between a discernible good and a discernible evil. He emphasized a unified Canada, the protection of political liberty, and the rule of law and its “impartial administration.” This was to be coupled with practical action that relied on an effective multilateralism, which emphasized closeness with the British Commonwealth, pro-Americanism, and working within international structures to facilitate stability.

St. Laurent and his external affairs minister Lester B. Pearson were enthusiasts for the United Nations in its infancy due to Canada’s limited abilities and the belief that the U.N. was necessary for economic and political reconstruction in the post-Second World War era. What proved to be more efficacious was the establishment of the North Atlantic Treaty Organization in 1949, of which St. Laurent was one of the main designers, alongside U.S. President Harry Truman and British Prime Minister Clement Attlee.

With the attempt by North Korea to absorb the South laying bare the communist intent to expand aggressively, St. Laurent supported the American and U.N.-led effort—composed mostly of NATO members—to counteract it. Framing it as a “police action” intended to prevent war, Canada mustered a force that would total 26,791 personnel to help defend South Korea from the malevolent designs of Kim, Stalin, and Mao.

Continuing his fidelity to NATO and its objectives, St. Laurent furnished forces to be stationed throughout Western Europe, particularly France and West Germany, and worked with the United States on an air defence system to protect the continent.

Some say the current Liberal government’s foreign policy resembles this approach. The government has dispatched forces and aircraft to places like Latvia and the Mediterranean as a member of NATO. It has supported peace-keeping operations in Mali and Uganda and shown support for pro-democracy efforts in Venezuela.

However, its broader conception of foreign affairs and Canadian identity is almost inseparable from the United Nations agenda. St. Laurent was convinced the U.N. was good for achieving Canada’s national interests and security, but he and others actually had an idea of what Canada’s distinct interests were and were willing to go against fashionable opinions to stand up for them. The current Liberal government thinks our unique interests are synonymous with whatever the imagined “consensus” at the U.N. is and is desperately afraid of doing anything to disrupt it.

Consequently, it makes foreign policy rudderless since the U.N.’s fatuous promotion of universal values is empty. On paper, the body is preoccupied with furthering certain liberal values but has no way to enforce any sort of standard as it allows any state to be a member no matter their character or governing styles.

Since 2016, the Liberals have been pursuing a seat on the U.N. Security Council, which means having to curry favour with some of the world’s dictators and despots to get the required votes, not to mention the political costs in terms of the concessions made to those whose votes Canada is counting on, possibly at the expense of raising the ire of traditional allies.

Given how the Chinese regime has co-opted the U.N. and the World Health Organization, and Ottawa’s uncritical obeisance to its dictates, it’s even more clear that this is not a good approach to foreign policy. Member states are not involved in these forums so they can participate in some grand, noble project; they treat them as an extension of great power competition, which manifests in the ridiculous spectacle of China’s presence on a U.N. panel concerning free expression, because values don’t matter as much as who can wield influence.

Even early on, St. Laurent discerned these problems within the U.N. In a 1947 speech to the General Assembly, he lambasted the “veto privilege” of the Soviet Union and how it hindered the ability of the Security Council to function properly. Expressing his frustration with the limits of the U.N.’s universalism, he said “democratic and peace-loving states” may, after becoming nettled with a council “frozen in futility,” seek safety through an association of like-minded states willing to accept “more specific international obligations in return for a greater measure of national security.” This exact concept would soon come into fruition with the establishment of NATO.

It’s indisputable that Canada has to rely on multilateral institutions, but it should focus on narrowly defined ones in which interests are more homogeneous. In this way, pursuing collective security is also more possible because threats are easier to identify and action is more easily agreed upon.

The current government believes in Canada as a moral superpower, which dismisses the limits of our nation’s reach. It leads to Canada distancing itself from the United States as it tries to befriend all nations, obsessing over soft power and its image at the expense of sound strategy.

It also fails to understand the nature of intransigently revolutionary powers like communist China, whose actions to fulfill a vision of a “rejuvenated nation” will not be altered by sermonizing about equality and rights. Far more effective would be plausible threats of punishment—something at which large, open bodies like the U.N. have proved unreliable.

Leaders like St. Laurent grasped that the international system is highly contingent, and statesmen must adapt their sensibilities to events. Sticking to their progressive talking points, the Liberals instead convince themselves they can control events, change minds, and mould affairs to fit their sensibilities. Thus they have no plan when things go awry, such as in the case of the arrest of Meng Wanzhou in Vancouver and Beijing’s subsequent retaliation—arbitrarily detaining two Canadians in China and banning imports of Canadian canola and pork.

Given the possibility that the West may have to navigate something like a new Cold War after the pandemic dies down, revisiting St. Laurent would be most instructive for Liberal policymakers.