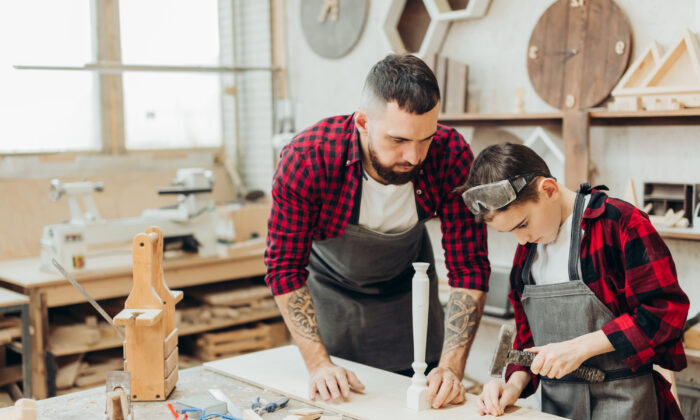 What Was Your First Job?

A few years ago, I was tasked with giving a 45-minute introduction on business and economics to several hundred high school students. From my experience, there’s no better teacher than experience itself. Otherwise, for these kids trapped in desks for 12 to 16 years, my words would be just another lecture.

So, I decided to draw on their personal experiences.

“How many of you have jobs apart from school that pay money?” I asked. From the entire auditorium full of kids, only a few hands went up in scattered places. My heart sank and I was stunned into silence. Nothing I said that day would really connect because it would be entirely abstract. I couldn’t elaborate on the consumer–producer relationship, the role of marketing, the place of accounting, and the functioning of markets. That’s simply because the kids had no point of reference.

I did my job anyway, but I also learned my lesson. Never ask that question again.

I’ve thought back often on that experience and what the disappointing answer to my question means for generations of people.

What was your first job? Most people over the age of 60 have a compelling story that begins in their teen years or younger. These days, not so much. Fewer than a third of teens aged 16 to 19 are employed in anything other than desk sitting, presumably preparing for some great career. They enter the labor force without experience in working on teams, managing money, dealing with a boss, serving customers, grappling with workplace stress, forgoing the comforts of the sofa for the pains of late-night closing hours, and all the other formative experiences of generations.

This is a real tragedy, and we are paying the price now. Among the most kvetching and litigious class of workers today are those who have never felt a stress in life that Adderall can’t fix. Everything becomes a grievance, and the HR department serves as the corporate equivalent of a middle-school principal’s office. More crucially, we have a whole generation that has come to believe that income is earned by credentials, not by actual value added.

It isn’t clear that many even understand what that means.

The postwar high point of teen work came in 1952, and the low point in 2010. In the space of those decades, teen work slipped to 25 percent of kids from 50 percent. The problem of low teenage employment intensified after 2000, when it became somehow unfashionable among the middle class. It has risen slightly since then to 31 percent, but that’s very low by any historical standard.

In general, prime-age worker/population ratios have risen over time but the credit for that belongs almost entirely to women. Among men, ratios have declined. Among teens, it has collapsed.

The autobiographies of the great men and women of the Gilded Age nearly all begin the story with their jobs from when they were young. They tell of the toil, the challenges, the mixing of classes, the strange dangers, the way they were taught the workings of the production side of economic life, as well as how the early years of work shaped their outlook and character, and created a foundation for a lifetime of achievement.

It’s sad to read those accounts because most of what they did was made completely illegal by 1937. While you can get many jobs now at 16 years old, that’s when kids are already involved in everything else from social activities to sports to dating and so on, so there’s much less interest in working at all. Even more than that, the culture has taught people that working is a waste of their time and that earning school credentials is all that matters for a good life.

The missing element here of real-world experience has profound consequences.

People of a certain age don’t seem to understand that things don’t just land at our front doors as if by magic. They have to be produced in extended production structures that begin with raw materials and end in a consumption good, with a thousand steps in between. There is mystery and magic in the process but also a tremendous amount of toil, risk, hard work, and adventure.

Two-thirds of kids today are denied a working knowledge of any of that. Is it any wonder that when lockdowns came, so many among them thought that there was nothing weird at all about “staying home and having groceries delivered,” completely oblivious to the reality that there are real people out there who have no such privilege?

Among those who did work as kids, what stands out from one’s youth the most, the time spent crushing boxes in a warehouse or the memories of an algebra class in high school? Enterprise offers adventure and real life, while the classroom only offers verbal instruction detached from authentic human experiences.

In that vein, allow me to recount my first jobs. There was a church-organ repair company that needed someone to crawl through attics in tiny spaces and pull small pipes out and clean them. My physical size at the age of 12 gave me an advantage so I took the job. I recall so well crawling through old musty spaces, crunching dove bones under my feet, and finding the pipe in question and cleaning it. That went on all day. We would break for lunch, sit in the balcony, and watch as noon Mass took place; that was my first exposure to a religion different from my youth.

These days were glorious. The same company also moved pianos. I found myself holding the lower end of large pianos bolted to racks and slowly moving up three flights of stairs. It was terrifying because a wrong move could not only destroy a valuable instrument but endanger me.

Other jobs I had during the period—all of them in violation of labor law—included digging water wells, moving fences, repairing roofs, and unloading crates of products for local merchants who needed help. I was always paid in cash, and it always stunned me that I was paid at all. The experience alone was exciting and thrilling enough.

As time went on and I could pass for 16, I easily lied about my age and got a job doing after-hours maintenance in a department store. I learned how to work a waxing machine, clean rows of glass cabinetry, and how to find tiny needles on dressing-room floors and pull them up. It was my responsibility to stock bathrooms with toilet paper, and I can recall being so proud of the enormous trust that the owner had in me. If I did the job badly, customers would find themselves in terrible predicaments.

I moved up gradually in that store to be behind the returns counter and being shocked that anyone would dare return a running suit after a full year of wear. I ended up on the sales floor pushing suits and pants, and that was extraordinary. I had to leave because the store was reducing labor costs, so I ended up at a catering company that served dinner to a thousand guests. I scrubbed mountains of pans and dishes and used blasting hoses with piping hot water, plus even helped with the cooking.

That took me to my next job as a dishwasher, then busboy, and then substitute fry cook. We all marveled at the disgusting amount of cheap and unhealthy food that people were willing to pay for. We fried biscuit dough and served them with honey, fully aware that people were ingesting probably half a cup of corn oil in one serving of these so-called hot puffs.

So, on it went for years and I loved every minute of it. I was 20 years old before I had the luxury of spending all my time out of classes in the library reading. By that time, I learned the value of time itself and scrambled to devour as many books as possible. I read voraciously on history, economics, politics, philosophy, psychology, and science. Every book looked fascinating and everyone had something to teach.

Looking back now, it’s obvious to me that the sense of adventure I developed over learning was instilled in me through the jobs I was given in my youth.

Many people today are asking big questions about what has gone wrong in our country and world. Among them is surely that we have devalued the youth and banned them from contributing to our lives. Instead, we stick them in classrooms and otherwise spend $300,000 on them in hopes that they will eventually live lives of dignity and productivity. When they don’t, and instead, suffer lives of depression and addiction, we wonder what went wrong.

A first step to fixing this for the next generation surely must begin by allowing kids to have real experiences outside the classroom—work lives that permit an encounter with an adult world of work, responsibility, diversity, and adventure. It’s something that can happen one family at a time. At least it’s a beginning.