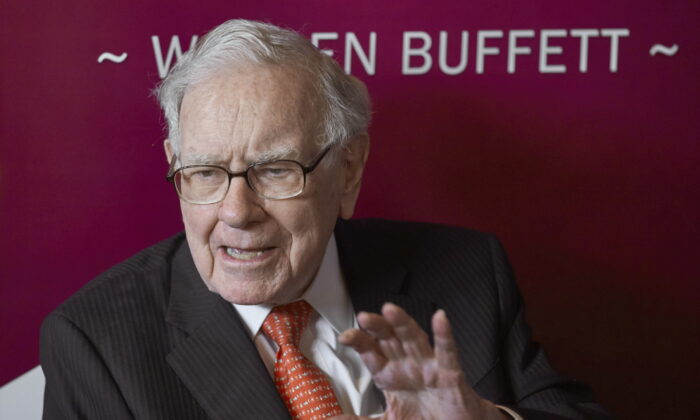 But to regular everyday investors who follow Buffett, it means very little.

On the surface, the stock sales appear strange. After all, BYD now is the world’s second-biggest electric vehicle (EV) battery maker, overtaking South Korea’s LG. Sales of its EVs have also been accelerating. Its first-half 2022 net income tripled. BYD also has a commanding 30 percent market share in China’s expanding EV market. Those are all good news that, on their own, should send the company’s stock soaring.

But Berkshire, one of BYD’s biggest shareholders, has now sold 18 million shares according to securities filings. That has sent BYD shares plummeting in Hong Kong trading. As of Sept. 6, BYD stock was down almost 30 percent since July 1.

Now, Berkshire still owns around 220 million shares, good for almost 20 percent ownership stake in the company’s “H shares.” While the exact number of shares Berkshire owns at any time is hard to discern, the number of stocks it has already sold only amounts to very little of its total holdings.

So what’s going on here?

For one, some experts are expecting more sales which could drag the price down. “This is a common trend for investors starting to take cash,” Yang Liu, Atlantis Investment’s chief investment officer, told CNBC on Aug. 31. While that’s a rather obvious remark, the sheer volume of stock Buffett owns can easily move the market. If Berkshire decides to sell its entire near-20 percent stake in the company, its 220 million shares represent 25 times the stock’s single-day average volume. If Berkshire cannot arrange a block stock sale with an investment bank, it could take months for Berkshire to unload the stock in the open market, and those sales will mechanically put pressure on BYD’s stock price.

All of that has very little bearing on the firm’s fundamentals, its financials, its economics, or its outlook. The simple act of selling the stock will pressure its share price.

And why do investors expect Berkshire to keep selling? It has made a lot of money on its investment.

Buffett is a proponent of value investing strategy, which focuses on long-term value appreciation and buying companies with good balance sheets at depressed prices. But BYD wasn’t a typical Buffett investment that followed the value investing mantra. Berkshire invested in BYD at $1 per share back in 2008 at the suggestion of Li Lu—who founded the investment firm Himalaya Capital—who recommended it to Buffett’s longtime business partner Charlie Munger. That was three years before the company went public on the Hong Kong Stock Exchange.

The shares Berkshire recently sold averaged $35 per share. That’s an almost 35 times realization multiple. Berkshire held the stock for 14 years, a longer timeframe than many retail—or even institutional investors—would think about holding onto their shares. This gives us a sense of the immense profits the company was sitting on, and it makes sense that it would start selling given the uncertainties around the Chinese stock market.

Is this something retail investors following the “oracle of Omaha” could duplicate? Unlikely. This was a niche play that put Berkshire in the shoes of a late-stage venture investment firm. It didn’t exit when the company IPO’ed in 2011, and kept the stock even during the tumultuous period of 2014–16 when the Chinese stock market suffered from large volatility. It continued to sit on the shares during the Chinese stock market revival over the past five years.

And finally, after policy sentiment in Beijing has turned against technology companies and the country’s economically destructive COVID policy has rendered the future bleak, Berkshire has decided to begin unloading its massive shares in BYD. And we haven’t even touched upon more direct factors impacting BYD’s financial outlook, which is bright but is facing headwinds. Raw material prices for EV batteries will squeeze the company’s margins. And despite the recent decline in its stock price, BYD continues to trade at higher multiples than peers and very high absolute multiples. BYD has also been accused by the Australian Strategic Policy Institute of being connected to forced labor among the Uyghur population in Xinjiang.

All of this, coupled with the immense paper profits Buffett was sitting on, suggest that Berkshire should sell. It probably should have begun selling sooner. And for average investors who happen to also own BYD stock, it’s probably also a good time to sell given the macro picture and specific challenges facing the company’s richly valued stock.