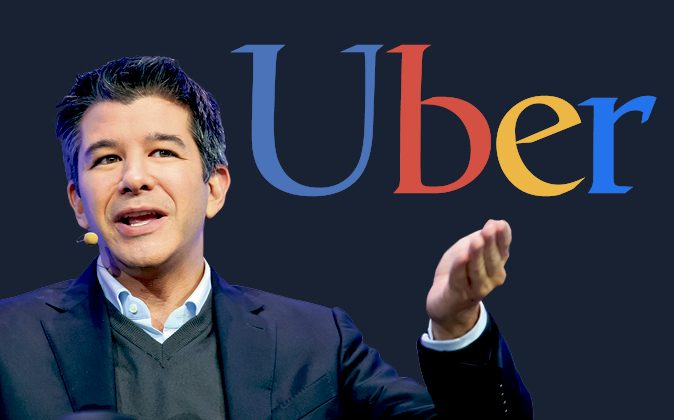 Uber’s announcement Monday that it was partnering with Carnegie Mellon to develop autonomous car technology coincided with rumors that Google was creating its own ride-hailing app, fueling speculations of an impending show-down between the two companies.

Google swiftly denied the rumors, tweeting that “We think you’ll find Uber and Lyft work quite well. We use them all the time,” and told the Wall Street Journal that the program was only an internal tool to help Google employees commute to work.

Google Ventures, the company’s venture capital department, invested $258 million in Uber in August of 2013, and Google’s chief legal officer David Drummond has served on Uber’s board of directors ever since, making a rivalry between the two companies an unlikely scenario.

Another factor that discourages a direct face-off between Uber and Google is that it makes more competitive sense for Uber to try and secure the ride-hailing market alone than compete in the entire field of self-driving cars, according to Thilo Koslowski, Vice President & Automotive Practice Leader at Gartner, a consulting group.

“The market entry [in ride-hailing apps] is relatively low, and owning intellectual property around technology for autonomous cars gives you differentiation that others can’t match quickly,” Koslowski said. “That’s one reason why Uber is seeing how it can build up a wall to competition.”

Uber and its main rival Lyft have engaged in a protracted price war in select cities in the United States, and last July Uber preempted Lyft’s launch in New York City by slashing fares for UberX by 20 percent. Licensing key technology for self-driving cars related to ride-hailing gives Uber the edge to create a monopoly, as Apple had tried to do when it sued Samsung for violating its license for pinch-to-zoom screen technology.

Uber’s blog post on Monday said the new project would focus on research and development in the areas of “mapping and vehicle safety and autonomy technology, and Uber CEO Travis Kalanick has long expressed interest in a driverless cab-hailing service.

A Gartner survey from 2014 showed that 23 percent of U.S. vehicle owners said they would be willing to give up their personal vehicle if they could quickly access a driverless car service, and the group estimates that by 2030 a quarter of all vehicle usage will take place in self-driving cars.

At present, the world where you can hail a self-driving cab with your smartphone is still just a vision. Existing autonomous cars can’t handle inclement weather, and the dense urban environment where ride-hailing services are popular require dramatic improvements from the status quo.

Technological barriers aside, self-driving cars will inevitably face bureaucratic and legislative bulwarks against innovation. The government would have to create uniform rules on how the liability is divided when accidents occur, and if history is any indicator, the fight between companies that offer self-driving car services and regulators will be prolonged, nasty, and brutish.

Last summer, Lyft had a stand-off with New York City’s Taxi & Limousine Commission that ended with the company caving in to the regulator’s demands after its vehicles were threatened with impoundment and heavy fines, an experience not at all atypical as it expands across the country.

The business climate looks friendlier on the federal level, with a new study by the Department of Transportation praising the prospects of self-driving vehicles.

“Imagine eliminating 9 out of every 10 car crashes. That’s the bright promise driverless technology holds over the next 30 years,” reads one slide in the presentation of the study.