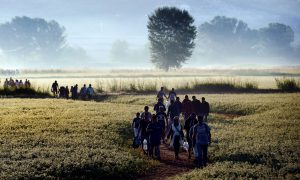 As Syrian Refugee Crisis Spreads to Europe, Lessons From Turkey
0 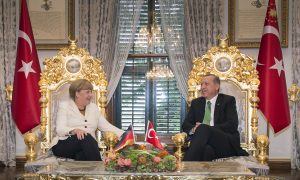 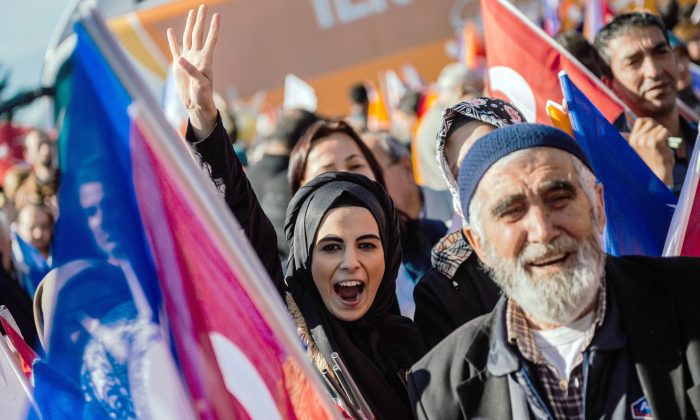 A Turkish woman makes a rabia sign as supporters wait for the Turkish Prime Minister Ahmet Davutoglu at the Istanbul Ataturk airport, on Nov. 3, 2015. Turkey's long dominant Justice and Development Party (AKP) scored a stunning election success at the weekend with a vote that returned it to single-party rule after months of political uncertainty. The result is likely to bolster strongman President Recep Tayyip Erdogan as he seeks to expand his powers, but analysts warn it could further exacerbate deep rifts in Turkish society. (Ozan Kose/AFP/Getty Images)
Middle East

Last June, Turkey held a general election, but no single party won enough seats within the legislature to form a single ruling party. After a few months of trying, it was clear that no coalition government could be formed, either.

President Recep Tayyip Erdogan was therefore forced to call another election, in line with parliamentary practice when situations like this occur.

Why Does the AKP Want to Amend the Constitution?

Right now, Turkey is a parliamentary democracy. Most powers are held with the prime minister, and the president largely serves a ceremonial role.

Ever since Erdogan moved from prime minister to president, he has sought to consolidate more and more power and hopes to turn Turkey into presidential system of government. For the time being, at least, it looks like this idea will be shelved.

What Were the Results?

With a Parliament of 550 seats, the conservative- and Islamist-leaning but economically liberal Justice and Development Party (AKP) needed at least 276 seats to form a government. AKP ended up with 316 seats received, allowing them to form a single-party government.

So Now That There Is a Government, Is Turkey United?

On the positive side, the global markets have reacted favorably to the AKP victory. While controversial in many social areas, the AKP has brought growth to Turkey’s economy since it came into power in 2002. The Turkish lira surged on Nov. 3 by 5 percent against the U.S. dollar after being one of the worst performing currencies in the world this year. The Borsa Istanbul Index, Turkey’s main stock market, closed 8 percent up on the election news.

Why Should America Care About Turkey?

First and foremost, Turkey is a member of the North Atlantic Treaty Organization (NATO) and was a staunch ally of the United States during the Cold War. Even though Washington and Ankara might have their differences on certain issues, Turkey has been a key player inside NATO for decades. For example, the Turks have deployed thousands of troops to Afghanistan. They have commanded the NATO mission there twice since 2002. Turkey still maintains more than 500 troops in Afghanistan as part of NATO’s Resolute Support mission, making it the fifth largest troop contributor out of 40 nations.

With the fight against ISIS really heating up, and the refugee problem in Europe only getting worse, now is not the time to turn our backs on Turkey. Although some of Erdogan’s positions are concerning, it appears that his wings have been clipped, since the AKP is still unable to amend the constitution to give the office of the presidency more power.

For long-term Turkish stability and democracy, this is a good thing.

Luke Coffey studies and writes on transatlantic relations as the Margaret Thatcher fellow at The Heritage Foundation. Copyright The Daily Signal. This article was previously published on DailySignal.com