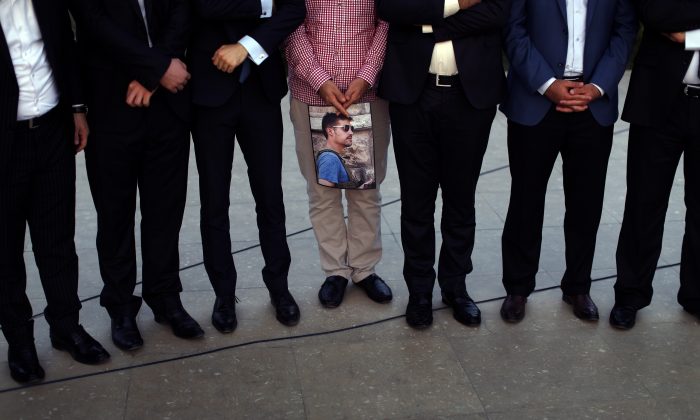 What to Show, What to Hide

When ISIL terrorists murdered the second American journalist, Steven Sotloff, this week, tech firms halted spread of the video of his death.

Some media outlets, notably Al-Jazeera, stated that it respected Sotloff and would not show images of his death, or of him in the jumpsuit his captors made him wear.

These are two separate matters. Respect for the dead is ethical. Journalists should respect the human dignity of the people whose stories they tell. This means not displaying an image of a person’s body. It means considering the feelings of those who knew and cared about that person.

According to the code of the Society of Professional Journalists, “Show compassion for those who may be affected adversely by news coverage. … Show good taste. Avoid pandering to lurid curiosity.”

To me this means the video of his killing should be described, not in detail. It should not be posted on a news website, and it would be wrong to show Sotloff’s body.

I thought our designers handled his story with dignity on yesterday’s front page. The largest picture was of him at work, as the devoted, skillful reporter he was. A smaller picture showed him in the orange jumpsuit, as a prisoner. But it did not show the masked murderer who was standing next to him.

Multiple news agencies and journalists stand across from the home of the family of journalist Steven Sotloff in Pinecrest, Fla., on Tuesday. (AP Photo/Wilfredo Lee)

Al-Jazeera said it would not show Sotloff as a prisoner. But I think the look in his eyes was a meaningful part of his story. Journalists can tell the entire story in a way that respects the innocent but does not provide a platform for the guilty.

ISIL is using video of its crimes to recruit people. Tech companies and governments are blocking its posts. This is separate from the responsibilities of journalists.

Video showing the death of James Foley last month ricocheted through social networks in what many feared was a propaganda coup for the extremists. A Silicon Valley insider said Wednesday a YouTube video on Tuesday showing the beheading of Sotloff was deleted as accounts and Tweets linking to it were suppressed.

The official, who spoke only on condition of anonymity because companies are grappling with increasing pressure to impose more censorship on the Web, would not say whether the developments came at the request of governments or ordinary users.

But after Foley’s death, “platforms were better prepared for it this time around,” the official said, adding that tech companies are trying to force out the Islamic State group “platform by platform.”

An official with another major technology company said his organization worked to close multiple accounts quickly after the Sotloff video appeared. That official spoke on condition of anonymity for the same reasons.

Even on Diaspora, a decentralized social network that does not exert centralized control over content, Islamic State militants are now often greeted with banners saying they are unwelcome.

As an American, I am committed to the First Amendment. I want an uncensored Internet. Yet to commit a depraved crime and broadcast it to invite others to join is abhorrent, and goes far beyond free speech.