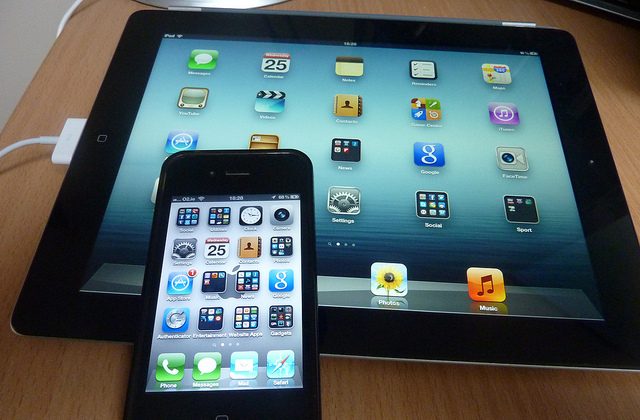 What to possibly expect from Apple and the iPad in 2015?

The Cupertino-based company to date and like other competitors (Google, Samsung, Microsoft, and others) have transformed how the world uses technology today. Apple has not just become a front-runner as a technology company, but has successfully managed to stay profitable and successful in delivering new products year after year. The New Year has kicked-off into a speculation frenzy yet again. According to a MacRumors report it is anticipated based on the latest rumors from the web of a newer tablet called the iPad Pro that will dwarf all previous models and come in a bigger size.

The company’s evolution and success in the past decade alone is testament to just how well they have performed. In addition, Apple truly revolutionized the personal computer (PC) with the Macintosh along with development of the innovative smartphone, the iPhone, and let’s not forget the instrumental role the iPod MP3 player.

An Appleinsider.com analysis asserts or paraphrases this general assessment of just how the company managed to dominate the industry and how it also managed to upstage the tech industry at the Consumer Electronics Show (CES) in the past 15 years.

So what can we expect and what specs are supposed to come on a newer iPad? As mentioned above the tentative iPad Pro model if announced would be the largest in terms of screen size and come in at 12.2 to 12.9 inches, which would make it a sibling product for the likes of 13-inch MacBook Air.

The other improvements or enhancements that would be included in this newest model is an ultra-high-resolution display. Furthermore, both the speakers and microphones located at the top and bottom edges of the tablet.

The discussions, the forums, the news reports are still guessing as to what the possible name for this tablet successor is. It has been cited as the iPad Pro or the iPad Air Plus, which would follow the name scheme of their latest iPhone 6 models.

Two exciting developments that the world will follow closely is the roll out of the Apple Watch and Apple pay. Currently, Bank of America confirmed that 1.1 million cards now are equipped with Apple’s mobile payment and digital wallet service. For the company it is set to be another great year and as always wrapped up plenty of rumors to unravel.

Accessories strongly recommended for the iPad

There are plenty of accessories that can accompany the tablet and probably one of the crucial ones to acquire is a separate computer keyboard. The simple reason is the tablet offers the functionality to carry out basic activities (replying to emails, scheduling meetings, downloading and uploading documents, etc.), yet the virtual keyboard falls extremely short.

One of the problems with the virtual keyboard its inability to replicate the look and feel of a traditional laptop keyboard. One of the optional keyboards that fills in the need is the BrydgeAir Keyboards.

The review from CNET on this aluminum keyboard is excellent. The good is dedicated iOS buttons and beautiful finish. The drawback is the built-in speakers that have below average quality in sound, but you can carry separate speakers for presentations if necessary.

Another wonderful choice is the ZAGG Slim book for iPad. It is considered very versatile because of how the keyboard attaches magnetically.

So for those of us who write a lot of emails, post or create a lot of content on the web and happen to own an iPad having these two options will make your day more productive-not to mention very efficient at completing tasks.

For additional information on a side-by-side comparison for Apple’s five iPad models you can visit their website for a comprehensive look and differences among the models.

The iPad since its release in April 2010 and unveiled by Steve Jobs sold over 200 million units as of June 2014, according to Statista.com.

The tablet computer industry was turned on its head and completely revamped the technology. Just two years after the launch and sale of the iPad at the beginning of 2012 it dominated the tablet market (60 percent of the total global tablet shipments). Nevertheless, this indirectly fueled heated competition from companies like Samsung and Lenovo.

What ultimately did change is that now Apple has not had recent success in the tablet market and will try to capitalize on reviving the product line in 2015.

Compiled below are some general and interesting facts found by Softarch Apple’s tablet:

The numbers produced for the iPad until recently is nothing short of successful given its short time available in the marketplace. Below are the five need to know facts for the potential iPad Pro by Heavy.com:

Finally, it is safe to say Apple has positioned itself very well in the tech industry and will continue to expand. Since Tim Cook assumed the role of Chief Executive Officer (CEO) the company remains as innovative and transformational because of how it reshaped the lives of everyone’s with their technology to date. Expect stiffer competition and a continual showdown with Samsung with both companies aiming for a first place finish once gain.