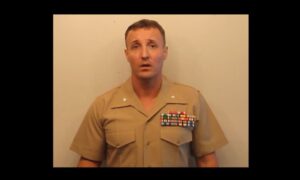 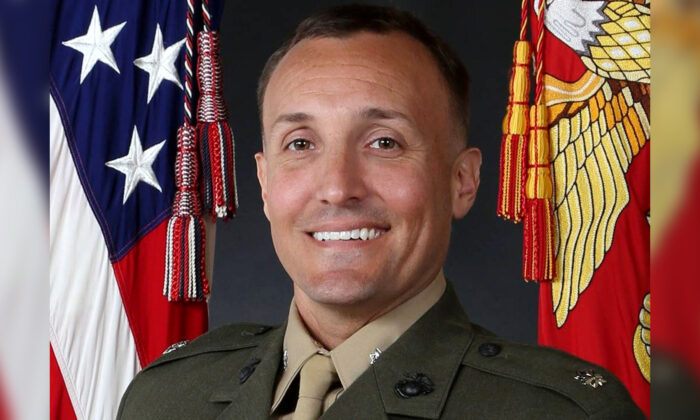 What to Expect From the Trial of Lt. Col. Scheller

Lt. Col. Stuart Scheller faces trial by court-martial on Oct. 14 for criticizing senior military officials over the U.S. withdrawal from Afghanistan. A former military judge with 30 years of experience spoke with The Epoch Times about what Scheller and the public should expect.

Scheller has been charged with contempt toward officials, disrespect toward superior commissioned officers, willfully disobeying a superior commissioned officer, dereliction in the performance of duties, failure to obey an order or regulation, and conduct unbecoming an officer and a gentleman. His hearing will take place at the Marine Corps Base Camp Lejeune in North Carolina.

Typically, the U.S. Marine could have been facing up to eight years imprisonment, forfeiture of all his pay and allowances, and dismissal from the service—the equivalent of a dishonorable discharge, said Jeremiah Mahoney, who was a judge advocate and military judge for the U.S. Air Force from 1970 to 2000.

However, Scheller and the Marines have reached an agreement where he’ll stand trial before a special court-martial, which is the military’s version of a civilian misdemeanor court.

Both parties have been tight-lipped about what the agreement between Scheller and the military may entail, but Timothy Parlatore, one of Scheller’s attorneys, did confirm that his client will plead guilty to at least some of the charges.

Mahoney, the longest-sitting judge in U.S. military history, said the guilty plea was likely part of the deal for having the matter dealt with by a misdemeanor tribunal.

From there, the defense will present evidence in mitigation for the judge to consider before sentencing, Parlatore told The Epoch Times on Oct. 8.

“I would expect he’s going to come in and accept responsibility, and we’ll present evidence in mitigation,” he said.

For the guilty plea, the presiding authority, U.S. Marine Corps Judge Glen Hines, must accept Scheller’s admissions, Mahoney said. He said Scheller will still have to face the judge and plead his guilt—and the judge must be satisfied that the Marine is indeed guilty.

“What the judge will do is conduct an inquiry with the accused, personally, on the record in open court—asking him to judicially confess to the crime[s],” Mahoney said. “The military courts go much further than most civilian courts in ensuring someone who pleads guilty actually believes they’re guilty and actually is guilty.”

Mahoney said he has presided over cases where the accused reaches a plea deal, but then postures in court as if he’s not actually guilty.

“Typically, accused will back down because they really want to get the deal, but this is one of those cases where that issue will arise,” he said. “The lawyer will tell him not to get into a back-and-forth with the judge over the nitty-gritty details, because it’s in the interest of the accused to get agreement.”

Arguments for mitigation will also take place. To this end, the defense will argue that Scheller spoke out of the desire to hold senior leadership accountable for the disastrous Afghanistan withdrawal.

“That is really what this case began with: Lt. Col. Scheller asking for accountability across the board. An entire generation of warriors went over there,” Parlatore said. “We gave our youth, our health, our limbs, and in some cases, our lives.”

Based on an Oct. 8 story in Task and Purpose, it looks as though the prosecution may argue that Scheller was trying to fan the flames of insurrection. Task and Purpose reported on case documents that purportedly show how Marine Corps officials believe Scheller’s comments violated Defense Department policy.

Scheller’s defense has criticized the document leak as an attempt by some in the military to smear their client’s reputation ahead of the Oct. 14 trial.

“It’s something I’ve seen plenty of times in other cases. When the public narrative isn’t going towards the government’s preferred narrative, they have a tendency to selectively leak documents to try to change that narrative,” Parlatore said.

After the hearing, Scheller may be a free civilian stripped of some or all of his military benefits. Mahoney said this outcome—as opposed to confinement—would be in the military’s interest.

“If it were my command, I’d have all his paperwork ready for him to walk out of the door as a civilian. That would be my take on it,” he said. “Because they’ve already succeeded in making the worse part of this case go away by not having to litigate this in an open trial. The next step would be to get him out of the Marine Corps before he says anything else.”

What happens next is unclear.

Mahoney said part of the agreement may be for Scheller to never publicly repeat the previous statements that led to the charges in the first place. But whether the military would enforce this is another question.

“We’re not talking about a case where classified information’s involved. We’re just talking about his views on the Afghan withdrawal and what the roles of senior military officials were,” Mahoney said. “I don’t think anyone could put a gag on it.”

Mahoney also questioned the legality of Scheller being thrown in the brig for an entire week without a pretrial confinement hearing.

“The code is very clear on requirements for pretrial confinement and for confinement not to be used for punishment purposes,” he said. “The speculation is he was thrown in the brig to prevent him from making more statements, which could arguably be an offense to do that.”

Mahoney also took exception to the military attempting to hold Scheller’s pretrial confinement hearing in secret. The Oct. 5 pretrial hearing was eventually canceled, with Scheller released from the brig that day.

“The idea that they were going to have a closed pretrial confinement hearing in a nonclassified case is just mindboggling,” he said. “But they ultimately came to their senses.”

The Oct. 14 trial will be public, though a confidential source has told The Epoch Times that Scheller’s camp is worried that the venue won’t be large enough to accommodate the numerous requests from media, politicians, supporters, and the defendant’s family.

Mahoney said the court should be able to make accommodations.

“To accommodate the public and media, I’ve had trials where we set up a press pool with loudspeakers and a room for media,” he said. “They actually liked that, because this was back in the day, and they liked to be able to smoke and drink coffee.”