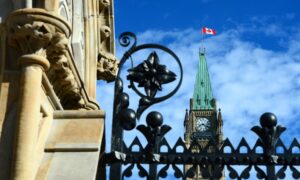 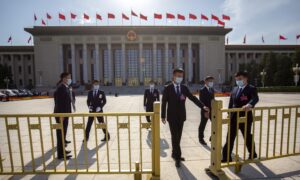 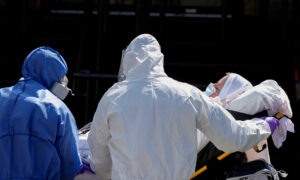 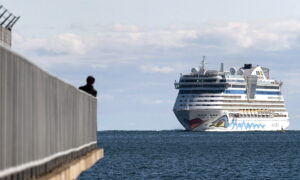 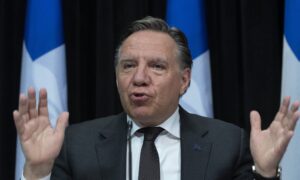 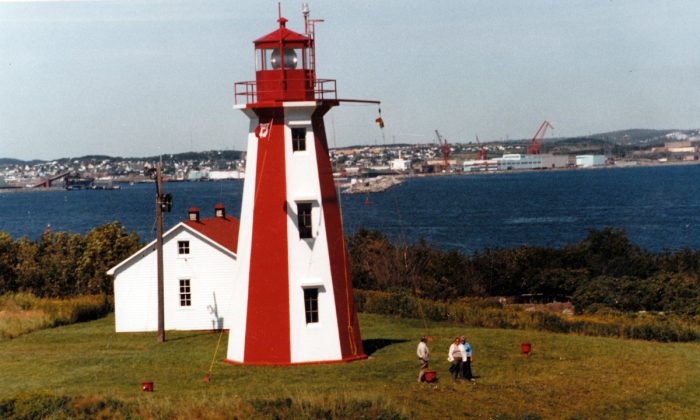 The lighthouse on Partridge Island in 1985, when tourists could still visit. (Heritage Resources, Saint John)
Canada

Canada’s Partridge Island: A National Historic Site No One Can Visit

Partridge Island in New Brunswick is one of Canada’s oldest and most important historic sites, but it is slowly being destroyed by vandalism and neglect, and there seem to be no easy answers as to how to turn that around.

The island, which in the 1700-1900s served as North America’s first quarantine station or for newcomers, was deemed off limits by the federal government because of ongoing vandalism and concerns over environmental hazards, and has not been accessible to visitors for decades.

However, vandals have continued to do damage there, and calls on Ottawa to stop the slow destruction of the abandoned island, which belongs to the Department of Fisheries and Oceans, have fallen on deaf ears.

The island, which has been described as “Canada’s best-kept historic secret” and a “neglected treasure,” has a fascinating past.

It also served as a strategic military zone for 150 years, beginning with the building of a wooden army barracks in 1800. A gun battery was built during the war of 1812 and more island defences were installed and manned until the end of WWII.

But Partridge Island, a national and provincial historic site that sits at the mouth of the Saint John Harbour, is perhaps best known for its role as an entry-point for immigrants who had to go through its quarantine station set up to control the spread of infectious diseases such as cholera, smallpox typhus, scarlet fever, yellow fever, and measles. Quarantine facilities included a “delousing plant” where immigrants had to endure a kerosene shower.

In 1847, more than 16,000 immigrants arrived in Saint John, most of whom were Irish fleeing the Great Famine. Many succumbed to the fever scourge that year, and in 1927 a 20-foot Celtic cross was erected on the island to honour the Irish who died.

For the past 40 years, Saint John author and historian Harold Wright has been studying Partridge Island and working to protect it.

He says the vandalism goes back to 1950, but has increased “1,000-fold” since 1995, shortly after the island’s heritage museum was closed and the last light-keeper laid off.

“They’ve destroyed so much,” he says. “They’ve spray-painted graffiti on every piece of concrete rock, stolen monuments, destroyed grave markers, burned down a building. … I had bones that I picked up over the years and in 1985 we reburied them. Last year someone even tried to dig up that coffin.”

Local developer Saint John Waterfront Development has an extensive plan in the works to open the island to tourism, but finding the money to fund it is proving a challenge.

The company believes that if there was public access to the island and its historic highlights restored, it could attract over 100,000 tourists a year, including history buffs and people with ancestral ties to the island.

Wright, who has lived and worked on the island and written several books about it, agrees it should be open to the public, but thinks a large-scale restoration project like Waterfront has in mind would be financially unsustainable and unrealistic.

“They’re proposing up to 150,000 visitors a year. When you take a look at it, none of these sites in Eastern Canada get a fraction of that,” he says.

Instead, Wright would like to see the federal and provincial governments fund conservation and protection of the island, with a modest interpretive centre built on the mainland—what he calls a “poor boy’s version” of Waterfront’s plan.

“You’re not going to rebuild it exactly the way it was, but you’re going to protect it so that it doesn’t get any worse.”

On Monday, Saint John mayor Mel Norton announced that a new committee has been tasked with creating a vision for the island’s future. The eight-person committee includes Wright, Waterfront Development, and other stakeholders such as the Port of Saint John and Irish and Jewish community representatives.

The federal government has expressed some interest in re-opening the island. This year’s budget set aside $200,000 toward an engineering feasibility study of the rocky breakwater, the only link by land connecting the island to Saint John. The study will examine options to provide safe access to the island.

Wright says that although Saint John MP Rodney Weston and Premier David Alward are onside with reopening the island, they want the City of Saint John to kick in part of the cost, which could pose an obstacle as a “huge number” of locals don’t support any investment in it.

“The number of people that are opposed to it have shocked me,” he says. “They say we’re cutting money to our veterans, cutting money for the military, to hospitals and education … to spend millions of dollars on Partridge Island.”

Still, he hopes plans to reopen it work out, although he believes vandalism will remain a problem.

St. John resident Richard Chapados (alias) has been to the island twice in the last two years. He asked that his real name not be used as he didn’t get official permission to visit the island. He says he would like to see it publicly accessible again, but hopes that doesn’t mean it will “lose its novelty.”

Chapados, 28, says he saw signs of vandalism there but its natural beauty remains intact. On his last trip he spotted a partridge—the bird that is the island’s namesake. Partridges are thought to have long disappeared from the island.

“When my friends and I were walking through some brush, one ran out, squawking. I think we might have disturbed its nest,” he says.

“Maybe the partridges are returning. That would be cool, a good omen.”