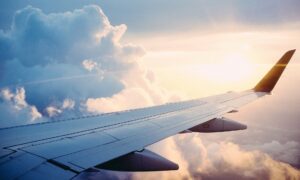 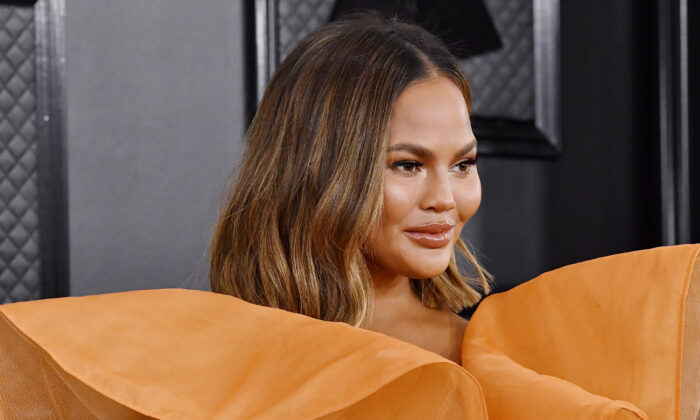 What the ‘Queen of Twitter’ Shows Us About Cancel Culture

Model, television host, and best-selling cookbook author Chrissy Teigen is the newest epicenter of the red-hot controversy over cyberbullying and “cancel culture”—those relentless attacks on social media that can result in someone’s losing a media platform, business, or career because of something said or done that offends the swarms of attackers

For a decade, Teigen was called the “queen of Twitter,” with nearly 14 million followers and famous as an online motormouth who made exactly the “refreshingly unfiltered” and “brutally honest” (I’m quoting from the media) jokes about conservative political figures that journalists and Hollywood wanted to read.

When she reportedly tweeted, “i don’t want much from Sarah Palin. i just want her to admit partial fault, then shoot herself in the face. is that wrong?” her fans chuckled. When she tweeted at then-President Donald Trump, “lolllllll no one likes you” and after calling him an expletive, Vanity Fair ran a glowing profile of her and her husband, singer John Legend.

Teigen also led movements to cancel the upscale gyms Equinox and SoulCycle because their CEOs had held fundraisers for Trump, as well as a boycott of Goya Foods because its CEO, Robert Unanue, was another Trump supporter. “Chrissy Teigen is the only person you need to follow on social media,” Glamour magazine gushed.

Then it turned out that Teigen had aimed some of those supposedly humorous barbs at people who were not obvious right-wingers thought to deserve her ridicule. One of those people was the television personality Courtney Stodden, who had married 50-year-old acting coach Doug Hutchinson at age 16 (the two recently divorced) in 2011. Shortly after the wedding, Teigen had tweeted at the much-mocked teenager: “my Friday fantasy: you. dirt nap. mmm baby,” and reportedly sent Stodden repeated messages urging suicide.

The tables turned with these revelations of attacks on more obscure and sometimes vulnerable women. In May, Teigen found herself canceled, with Macy’s pulling a line of Teigen’s cookware and Bloomingdale’s halting negotiations over a planned promotional event by her.

The Teigen affair should have provoked nationwide second thoughts about cancel culture and its toxicity. Here’s the modus operandi: Pick someone whose views or conduct offends you, denounce that person on social media, and then wait for the exponential explosion of similar denunciations from your fans or followers to destroy that person’s reputation, livelihood, or, in some cases, life.

The age of the victim doesn’t matter. Courtney Stodden was scarcely the only teenage target of relentless cyberbullying by adults. In 2018, Salt Lake City high-schooler Keziah Daum posted photos of herself wearing to her senior prom a traditional Chinese cheongsam, a graceful silk dress, that she had found in a thrift shop. A Twitter mob swarmed onto the 18-year-old to accuse her of “cultural appropriation.” “My culture is NOT your … prom dress,” one user of apparent Asian descent tweeted.

Or remember 15-year-old Nicholas Sandmann, depicted in the media—falsely as it turned out—as having harassed an elderly Native American activist at a 2019 pro-life rally he and his Catholic-school classmates attended? “Have you ever seen a more punchable face than this kid’s?” University of California professor and former CNN commentator Reza Aslan asked in a tweet that garnered more than 23,000 “likes.” Anne Peterson of BuzzFeed tweeted that Sandmann’s appearance reminded her of Brett Kavanaugh, the Trump-appointed Supreme Court justice accused during his confirmation hearing of sexual assault as a teenager. “White patriarchy” links them both, Peterson wrote. Vulture contributor Erick Abriss tweeted that he wanted the high-schoolers to “die,” along with their parents.

In fact, however, aside from some scattered conservative commentary, the media have been pretty much indifferent to such outrageous online behavior. Indeed, it might be safe to say Chrissy Teigen got into trouble mostly because her victims happened to be her peers in the entertainment world—and Courtney Stodden had in addition come out as nonbinary in gender, a favored status in progressive circles. No one in that world seemed to mind in the slightest when Teigen said she wanted Sarah Palin dead. Nor have they complained about the still-ongoing cancellation of Harry Potter-creator J.K. Rowling—disinviting her and her books from events, threats of quitting by employees of her publishing company—over her insistence that transwomen are not really women biologically.

Furthermore, as cancel culture has become the target of conservative complaints, its progressive defenders seem to have doubled down. Just as the Chrissy Teigen/Courtney Stodden story was breaking in May, Vox writer Aja Romano wrote a lengthy essay arguing that cancel culture wasn’t really online mob harassment but actually a “collectivized” demand “for more accountability from social systems that have long failed marginalized people and communities.” She argued that the real problem was “right-wing lawmakers and pundits” weaponizing concerns about cancellation “as a tool to vilify the left.”

Romano summarized: “Taken in good faith, the concept of ‘canceling’ a person is really about questions of accountability—about how to navigate a social and public sphere in which celebrities, politicians, and other public figures who say or do bad things continue to have significant platforms and influence.”

That last sentence should send shivers down the spines not only of conservatives but also of everyone who believes in free speech. Letting progressives “collectively” decide that you should not “continue to have significant platforms” because you have said or done something they deem “bad” is the essence of what is toxic about cancel culture.

It would be nice if the same media wringing their hands over the attempted online destruction of 16-year-old Courtney Stodden also had some concern about the attempted destruction of 15-year-old Nicholas Sandmann—not to mention myriad adults who have said or done things that happen to fall on the wrong side of what’s deemed politically correct.