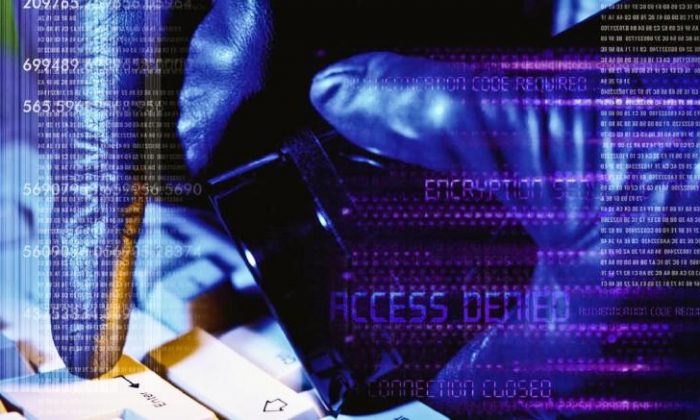 In a forceful series of statements Monday, the United States Department of Justice brought charges against five members of an elite cyberhacking squad in the Chinese military, who they accused of pilfering vast amounts of secret trade information from American companies for years.

The move has been called “unprecedented,” not least of all because it is a distinct departure from the usual approach the United States takes toward its relations with The People’s Republic of China, where strong emphasis is put on cooperation and slogans like “win-win.” While the United States and China like to focus on their common interests, the current indictment shows clearly that beneath that hopeful facade a sharp power rivalry continues to play out.

In many ways the indictment is just a small part of a much larger problem: The cases of espionage discussed are a tiny fraction of the Chinese regime’s vast infiltration, both cyber and otherwise, of U.S. companies in order to steal their technologies. (Experts say that hundreds of billions of dollars in technology has been siphoned off.)

It is also a manifestation, however carefully controlled, of deep strategic and ideological disagreements between the two countries, which have fundamentally opposing interests on questions like the rule and role of law, the limits of intelligence collection, and the relationship between corporations and the state.

The United States is a known and successful collector of the intelligence and military secrets of foreign powers—indeed, it would be remiss of the country’s leaders were it not to engage in such activities.

But American leaders draw the line at using military operations to steal from private companies in other countries, and then feeding that information back to specially chosen firms in the United States.

The Chinese appear to have a very different view of the matter. Though officially, representatives for the regime said the recent charges are “concocted” and “absurd”—and that China is a great victim of U.S. cyberbullying—other official propaganda cries that the U.S.’s own position on the matter is hypocritical and self-serving.

For the Chinese Communist Party (CCP), there is little significant difference between hacking activities carried out just for the benefit of the country’s intelligence and defense services, and hacking to steal technology for the benefit of companies that exist in a symbiotic relationship with the state.

The United States has a much clearer delineation between the corporate and political worlds, enshrined in hundreds of years of separation of powers, institutions, laws, and norms.

The People’s Republic of China, on the other hand, is a one-party state, making the CCP and its officials the biggest game in town. The Party maintains tight political and ideological control over large private enterprises, and exercises both political and institutional control over its behemoth state firms, which are granted monopolies in strategic industries.

“They refer to it as comprehensive national power,” said Timothy Walton, a researcher of Chinese security issues at Delex Systems, Inc., a firm that services the U.S. intelligence community, based in Virginia. “They view their ability to compete economically and have successful state and private enterprises that can compete on the global stage as just as important as military capabilities,” he said.

In this rubric, the Chinese “supporting their domestic industries through military and intelligence means, such as cyberespionage and theft, is fair game to them.”

Hacking for secrets in China is not just done for some abstract goal of national advancement, though: It’s also to use the stolen technologies to make money and get rich. This adds a new layer of personal incentives in the Chinese system to keep up the hacking.

The indictment unveiled by the Justice Department reveals a deeply incestuous relationship between the elite People’s Liberation Army (PLA) Unit 61398, which did the hacking, and the companies that they fed the information to.

Even the timing of the cyberpenetrations were carefully discussed and calibrated between the principals.

The conspirators “stole trade secrets that would have been particularly beneficial to Chinese companies at the time they were stolen,” the indictment says. It gives the example of SolarWorld, an Oregon-based solar technology company, having its pricing information stolen as it was losing market share; or how Westinghouse, based in Pennsylvania, had technical specifications for pipes used in nuclear power plants stolen while it was in negotiations with a Chinese company—one of the clients of the PLA hackers.

The hackers then appeared to be paid off. “During the period relevant to this Indictment, Chinese firms hired the same PLA Unit where the defendants worked to provide information technology services,” the complaint said.

Therefore, like most things touching the CCP and its agents, the theft of American trade secrets touches both upon the longevity and power of the regime, but also the corrupt tendencies of particular Party officers.

“It’s not every day the U.S. government charges military officers with criminal behavior that was presumptively authorized by the foreign government itself,” wrote Duncan B. Hollis, a law professor at Temple University, in a blog post.

The extremely unusual nature of the step taken by the United States in this case shows how seriously the administration takes the problem.

“Our economic security and our ability to compete fairly in the global marketplace are directly linked to our national security,” said Attorney General Eric Holder in announcing the prosecution. “When a foreign nation uses military or intelligence resources and tools against an American executive or corporation to obtain trade secrets or sensitive business information for the benefit of its state-owned companies, we must say, ‘enough is enough.’”

Thus in some sense, the masks are off, and we can finally see the frustration of U.S. leaders in the face of a political regime that has little regard for ideas that the United States holds as core to its identity.

But it’s unclear why the indictment should have much impact on Chinese behavior.

Unfettered recourse to information control and warfare capabilities is a key component of the CCP’s power, both inside and outside the country. Hacking corporations to steal secrets and develop its own industry is also a core concern for the Communist Party.

Recent developments indicate that the regime is only preparing to dig in.

An editorial in the People’s Liberation Army Daily in late March, translated by Chinascope.org, exhorts the Chinese authorities to “Build Our New Great Wall,” to strengthen cyberdefenses against outside incursions.

“We should resolutely resist and fight back against any actions that violate our nation’s Internet sovereignty,” the article says. “For those foreign powers who vainly try to control our Internet discourse power, we should cut off their black hands.”