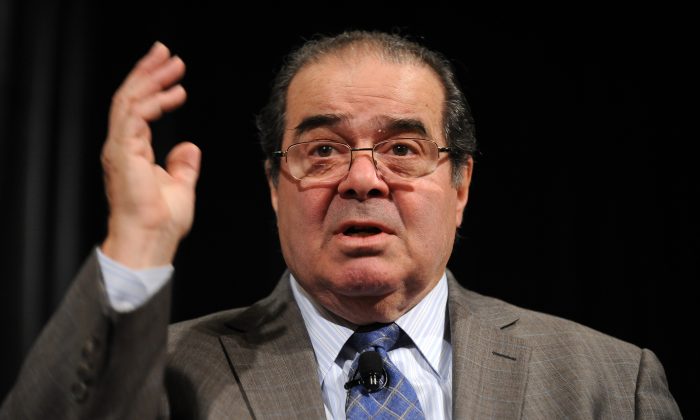 More than 100 men and women have been justices of the Supreme Court. All decided the outcome of individual cases and made small changes in the law.

Some—such as Joseph Story, Oliver Wendell Holmes, Hugo Black, Earl Warren, William Brennan, and William Rehnquist—will be remembered for moving the Supreme Court in one direction or another.

In Victory or Dissent, Scalia Was a Man of Strong Opinions

They launched the court into its existence as an institution. They addressed some of the most important issues that can arise under our Constitution—issues involving the separation of powers, freedom of speech, and religion, the integrity of the criminal justice process, and the relationship between government and the nation. They established the Supreme Court—rightly or wrongly—as one of the most powerful institutions in our nation. Their tenure still has a powerful effect today.

But even fewer justices changed the course of the law. John Marshall was one. Antonin Scalia was another.

Scalia taught us that the law matters…

For him, the law was a tablet whose meaning could be discerned by focusing on the meaning of the words it contained, rather than by asking ourselves what we want it to mean. The latter, he said, was the stuff of politics, not law, and he drew a line in the sand between the two.

He maintained that view of a judge’s role even when it was unfashionable to hold that belief because it may lead to outcomes we may not like. But he believed that it was his duty to uphold the rule of law, because only that rule separated us from the many nations on the Earth governed by the rule of might.

Robert F. Kennedy once said that the privilege of public service carried with it the opportunity to bend history.

Not only did Antonin Scalia bend it; he turned it in a different direction. We will be forever grateful to him for that. Requiescat in pace.

Paul J. Larkin Jr. directs The Heritage Foundation’s project to counter abuse of the criminal law, particularly at the federal level, as senior legal research fellow in the Center for Legal and Judicial Studies. Copyright The Daily Signal. This article was originally published on The Daily Signal.