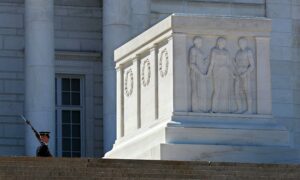 Having won control of Congress, the GOP must now put forward a clear program to create jobs and govern reasonably, lest it give Democrats the upper hand for the 2016 presidential election.

In recent months, economic growth has accelerated, but most economists don’t see the pace picking up enough to solve the nation’s shortage of decent-paying employment.

Republicans’ standard prescriptions—tax cuts and repeal “Obamacare”—are non-starters. Tax reductions are not realistic, because the situation in the Middle East and the Chinese and Russian military buildups will require more rather than less defense spending. And the Affordable Care Act, or anything that could reasonably replace it, will prove more costly than was expected when it passed in 2010.

The Internal Revenue Service is unpopular, and the GOP could gain a lot by championing tax simplification and making federal compliance agents a less ominous force in everyone’s life.

Nixing business tax loopholes, which favor some businesses over others, to lower the 35 percent top corporate rate is doable. Republicans, however, want reform to lower tax revenue overall, whereas President Obama wants to raise more cash to spend on new projects.

Republicans would be smart to offer a revenue-neutral package, and challenge Democrats to help eliminate as many special provisions and lower rates as much as possible. Then it would be up to the president and his allies in Congress to sign up or look unreasonable.

Replacing the personal income tax with a simple value added tax would treat everyone more equitably and eliminate individual tax returns for virtually every American.

Making April 15 just another day on the calendar is something the GOP could run on in 2016 if the president balked.

The GOP cannot repeal the ACA, because it lacks enough votes in the Senate to override a presidential veto. It is impossible to roll back the clock, because the old insurance plans are gone, and many individuals now depend on the ACA’s previsions, no matter how costly those may be.

Republicans would do well to propose reforms lessening the ACA’s job-killing consequences. For example, junking the employer mandate, encouraging more competition among insurance plans to lower premiums, and benchmarking prices charged for medical devices, drugs, and hospital procedures to those in European systems with less-costly, insurance-based systems like Germany’s.

Through the tax code and its expansive web of business regulations, the federal government influences and monitors virtually everything private enterprises do, even when competition would suffice to compel socially responsible behavior. That raises costs and focuses businesses on compliance instead of innovation.

Presidents and cabinet officers have considerable latitude interpreting statutes and writing regulations, and Obama has been particularly aggressive, for example in his application of Title IX to universities, Environmental Protection Agency authority to limit carbon dioxide emissions, and many other areas.

That is why growth and job creation during the Obama years has been at only half the pace accomplished during the Reagan presidency, even though history dealt both men similarly difficult unemployment challenges.

A GOP Congress may not be able to roll back Obama’s executive orders, but it can hold hearings to expose how the administration’s regulatory overreach encourages businesses to invest and take jobs abroad, instead of in the United States.

Although a GOP-led Congress can’t force federal agencies to rescind aggressive harmful regulations, it will control the purse. Appropriation bills must be passed—and even continuing resolutions can be tinkered—to tame regulatory abuse.

As the president is unlikely to compromise much on tax reform or broad areas of federal regulator policy, hand-to-hand combat is likely through the Senate investigations and the details of federal spending.