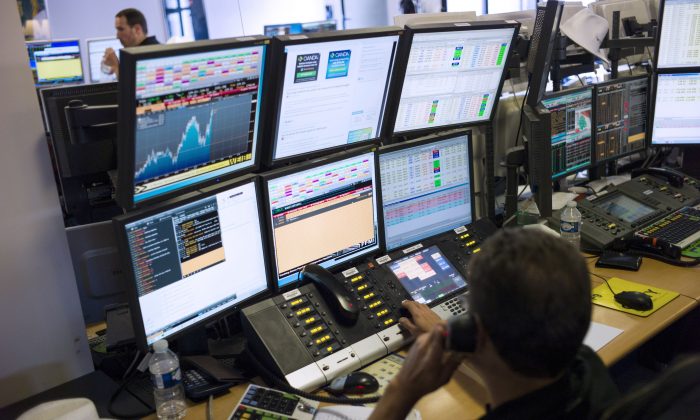 What Needs to Change in the Global Economy to Defeat Terrorism

President Obama’s vow to destroy ISIL and his bombing campaign set the course for another American misadventure.

His strategy fails to recognize that global terrorism is inspired and well-financed by systemic flaws in the international economy. It fails to see that global security cannot be accomplished without greater commitments of military resources from the United States and its allies in Europe, the Middle East, and Asia.

Germany, Japan, China, and a few of their acolytes have selfishly exploited global commerce. They pursue export-oriented development strategies that cheat on the international rules for global competition, and thrust onto other nations gaping trade deficits, crippling debt, and unemployment.

Consequently, youth in too many nations lack any prospect for decent jobs.

Some hopeless young Muslims fall easy prey to radical intellectuals offering religious meaning for their despair and disaffection. They end up performing heinous acts and toting a rifle for the ISIL.

Too often, U.S. allies turn a blind eye and permit their businesses and banks to profit from commerce that helps support terrorism.

The cancer has metastasized to spawn terrorist groups and cells on every continent financed through business fronts, extortion, and donations. Those recruit fighters from the United States, Britain, France, and all the way to Australia, kidnap Westerners and Africans for ransom, and commit far-reaching acts of wanton violence.

American bombings in Syria and Iraq will slow down ISIL, but hardly destroy it. Leaving moderate rebels to fight both Bashar al-Assad and the ISIL on the ground in Syria is folly, even with Western logistical and materiel support. Al-Assad will get what he needs from Russia, and western soldiers—not just American—will be needed to fully root out ISIL.

Germany, moderate Middle East states, and others lament the withdrawal of American leadership in the face of aggression, be it from Russia or terrorist groups in the “Muslim” world. But for too long now, those governments have been willing to let, and expect, Americans and a few others to do the fighting. They only provide logistical support and limited money, even though their militaries are quite well-endowed—through purchases of U.S. arms—and their economies are able to bear the full cost of war.

European governments have even paid ransom for kidnapped citizens rather than wrinkle the uniforms of their soldiers to rescue them. Along with appeasement of Russian aggression in the Ukraine and elsewhere, those have only emboldened terrorist notions that the West and its more moderate Muslim allies are weak, decadent, and worthy of extermination.

Obama won the presidency promising to redress global economic imbalances and offering greater economic justice for Americans whose wages are beaten down by the abuses of globalization. He also won by selling the notion that the latter can be done with little cost by withdrawing the U.S. military from foreign engagements and turning the savings into universal health care and other social welfare.

Terrorists will remain ardent to the conviction that the West is vulnerable as long as the United States and its pacifist allies are unwilling to stand in harm’s way to rescue their own citizens and destroy those who threaten them. Even on a full war footing, the United States military, along with a few willing allies, cannot confront terrorism on a global scale, if Germany and others are not willing to step up and fight too.

Until the global economy functions to ensure meaningful futures for young people everywhere—not just in the mercantilist states of northern Europe and Asia—they will remain easy pickings for twisted ideas. Terrorism will continue to be an uncontainable threat.

In the end, an American president will simply have to demand and receive more help from U.S. allies, and Americans must be willing to pay the full price for liberty—in money and lives.