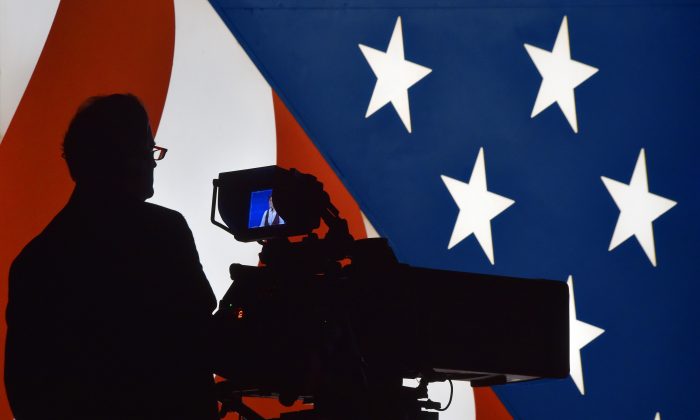 The day that I told CBS News I wished to leave my job as investigative correspondent ahead of my contract, I didn’t give a reason. I didn’t see the point because the problem wasn’t fixable.

Nor was it isolated to CBS News.

My own take is that—as our industry has changed in ways that have become undeniable to most—I was a bit of the canary in the coal mine. By that, I mean I believe I was among the first to really pay attention to the increasingly effective operations to shape and censor news—the movements to establish narratives rather than follow facts—and to see the growing influence of smear operations, political interests, and corporate interests on the news.

It’s not that I’m smarter than my peers, and I’m surely far less smart than many, but my particular brand of off-narrative reporting happened to draw the intense attention of the smear operators and propagandists, so I began to study it.

A case in point: the smear that was promulgated when I left CBS. It was often incorrectly reported that I told CBS management I was quitting due to liberal media bias. That false story turned out to be convenient for both political sides, and largely survives today. It simply wasn’t rooted in fact. And I don’t recall reporters even asking me whether it was true. Once a few articles reported that it was, others simply copied the claim and adopted it as if established fact, eventually without attribution. Now there would be no point in trying to clarify it. After all, Wikipedia says it’s true. No going back from that.

Powerful smear groups and certain interests—including some within CBS at the time—started the narrative that I was “conservative,” not because they necessarily believed it, but as a tool to “controversialize” the reporting I was doing that was contrary to powerful interests. The idea is that if I can be portrayed as a partisan, then my reporting can be more easily dismissed.

In fact, prior to the operation to push the narrative that I was “conservative,” my reporting had been lauded by a diverse group of observers, including the likes of Rachel Maddow, who once delivered an entire monologue on an investigative expose I did on the “charity” of then-Rep. Stephen Buyer (R- Ind.). My most recent Emmy award was for an undercover investigation into Republican fundraising.

But the narrative requests—nay, requires—that we forget all that. We must focus on the supposed miraculous metamorphosis. Depending on who’s spinning, they may insist I was a rational journalist who went crazy one day and flew to the dark side of conservatism. Or they may say I used to be a devoted liberal, but decided the big money was in pandering to Republicans, so I sold out. The details aren’t important. You are simply to come away with the notion that my reporting is now politically conflicted.

Another example of this narrative: Many news reports comment that I work for the “conservative” Sinclair Broadcast Group. Fair enough—Sinclair is run by a family that’s made no secret of their conservative political leanings. But the reporters who note this political connection apparently fail to recognize the inherent conflict in the fact that they eagerly label the conservative group; yet I don’t think they reported that I worked for the “liberal” CNN, the “liberal” PBS, or the “liberal” CBS.

Some reporters lack the self-awareness and objectivity to understand they are revealing themselves when they selectively apply labels in a one-sided fashion. They are servicing a narrative, even if unintentionally.

When I worked at CNN, it was owned by a billionaire Democrat donor (Ted Turner)—a good boss, by the way. When I worked for CBS, the management (Sumner Redstone, Les Moonves) were rich Democrat donors—also, a great company to work for during most of my 20 years there.

Sinclair has likewise been a terrific employer to date. They haven’t forced editorial biases in the reporting on my program. The program is mostly apolitical, addressing topics such as the underreported dangers of MRI dye or how American farmers are suffering under the current trade war with China. When we address politics, you are as likely to see an interview with Rep. Eric Swalwell, a Democrat, as you are to see Sen. Lindsey Graham, a Republican.

But there’s the narrative …

When a national print media reporter wrote about my program a couple of years ago, he incorrectly referred to it as “conservative.” Later, when asked if he’d ever actually seen the program, he admitted he hadn’t. It’s not that it would be difficult to—well—actually do a little bit of reporting rather than repeat a narrative: My weekly program is on at least a half-dozen times each week in the city where this reporter is based, and it’s posted online.

As easy as it was for him to do some first-hand reporting, he chose to repeat the narrative.

Lara Logan, who recently left CBS News, has also been speaking out about her observations regarding the decline of fair and objective journalism. She’s likewise been attacking the narratives. As such, she has been subjected to them. That’s how it works. Obviously (says the narrative), she is a disgruntled conservative who is not to be believed. Or (says the narrative), she’s perhaps a little unbalanced. (You know, all that war reporting and stress. Poor Lara.)

The truth is, Lara is extremely clear-eyed on these issues. And she and I are far from alone in our views on the state of the media. We agree there is terrific journalism being committed on a daily basis at organizations from The New York Times to local news stations. However, we agree that national media has also largely become co-opted by powerful interests who understand how to direct the news landscape in a way that services certain narratives and agendas.

I have heard support from hundreds of journalists, college professors, and media observers during the last several years. I have been reached out to by reporters in print and on TV, by national and local news, by students and a Pulitzer Prize winner.

The effort to expose flaws and conflicts in media reporting is growing stronger, not weaker, despite the narratives. The desire to affect improvements is building. Make no mistake: Not all of us are free to speak publicly, but there are a lot of us. And we aren’t going away.

Sharyl Attkisson
contributor
Sharyl Attkisson is the New York Times bestselling author of “Stonewalled,” “The Smear,” and “Slanted,” a five-time Emmy Award winner, and the host of Sinclair’s national investigative television program “Full Measure with Sharyl Attkisson.” She is a recipient of the Edward R. Murrow Award for investigative reporting and has reported nationally for CBS News, PBS, and CNN.

Why Are There No Lower Age Limits for Puberty Blockers, Hormones, and Gender-Transition Surgeries?—Dr. Miriam Grossman | PART 2
sharecomments