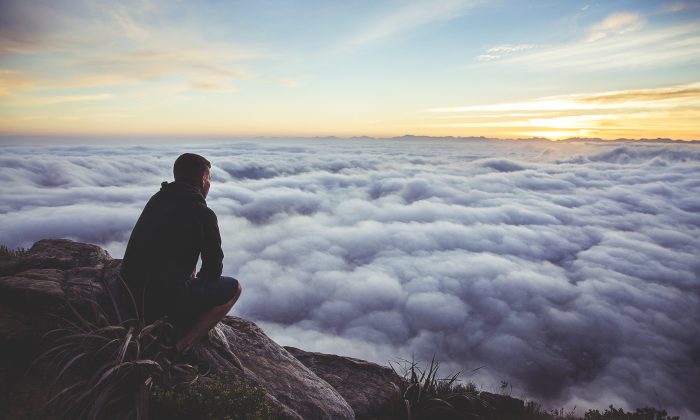 The documented and admitted record is clear and this is the source of scandal, in my view. Top public health officials in the United States, UK, and Australia spent the good part of six weeks obsessing over whether the virus was a lab leak, accidental or deliberate, and therefore what the political spin should be if it turned out to be true.

Something certainly happened to change the script in the last week of February. On Feb. 25, 2020, Anthony Fauci wisely told CBS News the following: “You cannot avoid having infections since you cannot shut off the country from the rest of the world …. Do not let the fear of the unknown … distort your evaluation of the risk of the pandemic to you relative to the risks that you face every day … do not yield to unreasonable fear.”

The next day, something shifted. Fauci wrote an email to the actress Morgan Fairchild that read as follows:

“Thanks for the note and the offer to help. It would be great if you could tweet to your many Twitter followers that although the current risk of coronavirus to the American public is low, the fact that there is community spread of virus in a number of countries besides China … poses a risk that we may progress to a global pandemic of COVID-19 …. And so for that reason, the American public should not be frightened, but should be prepared to mitigate an outbreak in this country by measures that include social distancing, teleworking, temporary closure of schools, etc. There is nothing to be done right now since there are so few cases in this country [NB: no way he could know this] and these cases are being properly isolated, and so go about your daily business. However, be aware that behavioral adjustments may need to be made if a pandemic occurs.”

Suddenly, lockdowns were on the table. And we know what happened next. Fauci and Dr. Birx worked over the coming weeks to warm Trump up to the idea, culminating in the March 16, 2020, press conference that announced lockdowns to the nation.

Two weeks earlier, from March 3, 2020, at least, we had very good reports of the evidence out of China concerning the risk profiles of people who were vulnerable to the virus.

The new coronavirus is not an equal-opportunity killer: Being elderly and having other illnesses, for instance, greatly increases the risk of dying from the disease the virus causes, Covid-19. It’s also possible being male could put you at increased risk.

For both medical and public health reasons, researchers want to figure out who’s most at risk of being infected and who’s most at risk of developing severe or even lethal illness. With that kind of information, clinicians would know whom to treat more aggressively, government officials would have a better idea of steps to take, and everyone would know whether they need to take special, additional precautions ….

Elderly patients “were more likely to develop ARDS,” the researchers wrote, suggesting how age can make Covid-19 more severe and even fatal: age increases the risk that the respiratory system will basically shut down under viral assault.

Youth, in contrast, seems to be protective. The WHO mission reported a relatively low incidence in people under 18, who made up only 2.4% of all reported cases. In fact, through mid-January, zero children in Wuhan, the epicenter of the outbreak, had contracted Covid-19. It’s not clear whether that’s because children do not show signs of illness even if infected.

Again, this article ran on March 3, 2020. Everyone on planet Earth knew this two weeks before the lockdowns. So far as I know, the data has not changed that much since then. We knew that elderly people with health problems were the vulnerable population. We knew for sure that young people were not. We also knew that adults would struggle with this virus and would need care.

It’s not too much of a stretch, and nor does it take a great deal of topical specialization, to imagine the outlines of a good public health response. Inform the public of what is coming or what is already here. Alert vulnerable populations to stay away from environments where infection is likely to occur. Calm down young people and keep their lives functioning as normal. Get to work examining the best possible therapeutics for dealing with the sick, among which would surely include repurposed drugs that have had success in the past in dealing with such infections.

Otherwise, we could have done exactly what Fauci said we should do on Feb. 25: “Do not let the fear of the unknown … distort your evaluation of the risk of the pandemic to you relative to the risks that you face every day … do not yield to unreasonable fear.”

Protect the old. Let the young live their lives. Research on the best means of treatment. Minimizing fatalities on the road to endemicity. In other words, the Great Barrington Declaration.

It’s not rocket science. Nor is it the clarity that only hindsight provides. This kind of response is precisely what prevailing information would have dictated to anyone.

Instead, all hell broke loose with wild and experimental lockdowns that seemed designed for the whole population to avoid the virus—well, not the whole population but the professional Zoom class in particular while “essential workers” exposed themselves to the disease. Other outrages included especially exposing elderly people rather than protecting them. Schools were closed. The medical system locked down. In other words, the policy response was the opposite of what public health would have recommended.

As a result, the public was at a loss as to the real risks. Elderly people underestimated their risk while younger people overestimated it, and by huge amounts. Young people even today are surprised by their mild symptoms while people in their 50s are older are stunned to find themselves under the weather for weeks at a time. After two years when finally the Zoom class is meeting the virus, they are rather amazed to discover its symptoms and treatments. That’s just remarkable, and a reflection of how the policy response never accounted for the disparity of risk but rather pursued a population-wide strategy that protected no one except the professional class for as long as possible.

Why did this happen? Why did Farrar, Fauci, Collins, Birx, and the whole rest of the gang that had been living on burner phones and holding secret meetings for a full month not openly explain to the public the risks and what to do about them? Why did they choose instead a policy of lockdowns, panic, and disorientation that resulted in astonishing economic, social, cultural, and political carnage?

We’ll be asking these questions for a very long time. But it is impossible not to imagine the counterfactuals. Early on, I got to work researching the responses to previous pandemics: 1968–69 and 1957–58, for example. The response was very clear. Keep calm. See your doctor if you are sick. Avoid the pathogen if you are vulnerable. And keep society functioning while we meet the virus as we always have: upgraded immune systems to take account of the newest threat. Yes, vaccines can be part of that if the pathogen is stable enough to be so treated.

For reasons we do not yet understand, this old wisdom and clarity that worked time after time in the past was tossed out and replaced with a new-fangled scheme to lock down everything and shatter social functioning. We knew with certainty now that none of this was necessary because we had access to very clear and accurate reports on the demographics of risk. Nor did it work, by whatever metric you want to measure what it means to work. Nearly two years later, we have record cases, massive social division and anger, plus vast amounts of death, much of which might never have occurred had we taken a different approach.

Figuring out why sound public-health practice was rejected in favor of lockdowns is the job of writers and researchers for many years to come. But this much we know already. We had the information we needed to rationally address this threat. We had the experience and knowledge we needed to approach this responsibly and scientifically. A very small group of people on both sides of the Atlantic chose a different path.