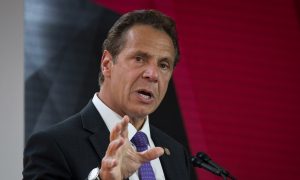 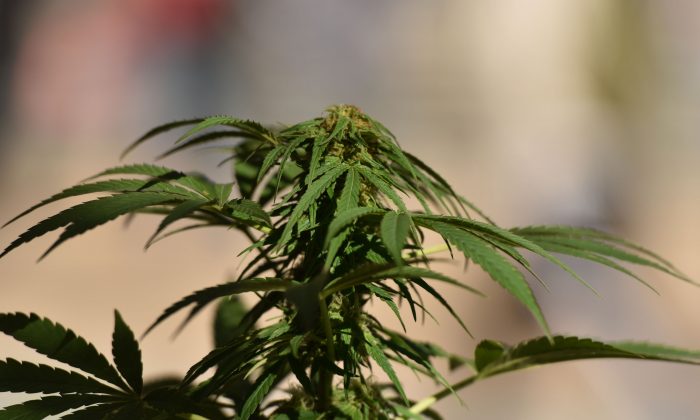 A marijuana plant in Vancouver, Canada, on Oct. 17, 2018. (Don Mackinnon/AFP/Getty Images)
US News

What Makes Testing for Marijuana Impairment So Challenging?

In a deadly crash last year, a 20-year-old pick-up truck driver from Texas crossed a double solid-yellow centerline, drove into oncoming traffic, and collided with a bus carrying 13 passengers.

All but one of the passengers and the bus driver were killed in the collision, while the truck driver and the remaining passenger were seriously injured.

A National Transportation Safety Board (NTSB) investigation revealed that the truck driver lost control of his vehicle because of impairment from marijuana and prescription drug use.

This was not just one isolated incident. A recent study found that states with legalized recreational marijuana, specifically Colorado, Oregon, and Washington, had a combined 5.2 percent increase of car crashes per million vehicle registrations between 2012 and 2016, compared with neighboring states that didn’t legalize marijuana.

As marijuana becomes legal in more places, marijuana-impaired driving is also expected to rise. So far, nine states and the District of Columbia have legalized recreational marijuana, while medical use of the drug is legal in those states plus 22 others. Many other U.S. states may follow suit.

Lawmakers and police are now left battling against time to figure out how to combat this changing world of driving under the influence (DUI). Although law enforcement is trained to detect drivers who are impaired using behavioral indicators, there is still no reliable roadside test, like for alcohol.

Currently, there is no accepted test to tell whether a driver is impaired, the extent of impairment (pdf), or what the drug is doing to a driver’s brain. Scientists are working hard to find answers to these pressing questions.

Pleus said the main difference between alcohol and marijuana is the way it is stored in the body—alcohol can be dissolved in water and is easily expelled out of the body, while marijuana is absorbed in the body’s fat and released slowly in the blood.

“When things are stored in fat it’s harder for it to come out … while the body will get rid of the alcohol quite quickly,” he said.

Moreover, Pleus said that delta-9-tetrahydrocannabinol (THC)—the primary chemical in marijuana that causes impairment—could stay in a person’s blood for hours, days, and even weeks, depending on the dose, history of use, and method of consumption. This characteristic is one of the many reasons why it is so challenging to design a roadside test for the drug.

Many of the common tests for marijuana used by police, like urine and saliva tests, can only screen for the presence of THC metabolites—by-products produced after THC is broken down in the body—but cannot measure the level of these by-products in the blood.

Pleus added that blood tests can accurately measure the amount of THC metabolites in the blood, but the tests are invasive, inconvenient, and time-consuming.

“I’ve seen, for example, two hours or more between the time a person was stopped and the person actually getting a blood draw. … Their blood concentration [of THC metabolites] would be much lower,” he said.

Another drawback with blood tests is that research shows there’s a poor link between marijuana in the blood and what’s going on in a person’s brain.

“The blood level by itself doesn’t really correlate well with the euphoria level that a person is feeling,”Pleus said.

“These are the things that scientists are wrestling with.”

According to a 2017 National Highway Traffic Safety Administration report (pdf), a person’s “high” does not necessarily peak at a time when THC concentration in the blood is at or near its highest point.

“Peak THC level can occur when low impairment is measured, and high impairment can be measured when THC level is low,” the report found.

Despite the weak correlation between THC concentration in the blood and impairment, some states have set an amount of THC per milliliter of blood before a driver can be charged for DUI.

For example, in Colorado (pdf) if a person has at least 5 nanograms of THC per milliliter of blood, a court can infer that the person was impaired.

With no blood alcohol concentration equivalent test and no accepted standard to measure impairment, police are only able to rely on screening methods and behavioral indicators to identify impaired drivers.

A California Highway Patrol (CHP) spokesperson told The Epoch Times via email that some of the behavioral indicators include poor driving, signs and symptoms of impairment, and poor performance on field sobriety tests.

The field sobriety tests, designed to mimic the mental skills needed for driving, include checking for involuntary jerking of the eyes, and testing whether the driver can divide their attention between a mental and physical task.

If an officer suspects a driver may be under the influence of drugs, they can request assistance from a Drug Recognition Evaluator (DRE)—an officer with more advanced drug training. The DRE then conducts additional tests at the station like checking the person’s blood pressure, pulse, and eyes under a variety of lighting conditions. A blood test would also be required.

The officer’s observations, the DRE exam, and the blood test results would then be presented to the prosecutor’s office as evidence.

Over the years, studies have shown researchers are divided over the reliability of the roadside field sobriety tests (FST) as the observations are based on the subjective judgment of an officer.

In a 1994 study, a sample of police officers were shown video of subjects taking FSTs. The officers determined 46 percent of test subjects were legally intoxicated even though every single subject was completely sober.

How Far Away Are Roadside Tests?

Scientists are working hard to create a “repeatable and reliable” test to be used in conjunction with the behavioral indicators, which can be affected by human error.

Some companies are looking at other methods to test for THC concentration other than blood, urine, or saliva. Hound Labs said in a statement they had developed one of the world’s first breathalyzers to measure THC in the breath from recent marijuana use.

A spokesperson from Hound Labs told The Epoch Times via email that research has shown time is a more accurate indicator of marijuana impairment than the quantity of THC detected in the body.

“Breath is the only place in the body where THC remains for just a few hours after smoking, which makes it a much more useful indicator of recent use and possible impairment than any other THC drug test,” the spokesperson said.

However, Pleus said at this time there is still no accepted or standardized correlation with what is coming out of the breath after someone has smoked or eaten it.

“Right now there’s not a good chemical [in the breath] that has been identified that can be reliable as a measure of THC in the blood,” he said.

After the horrific Texas crash, NTSB’s chairman said in a statement, “drug-impaired driving did not begin with this driver, and it will not end with him.”

In the age of marijuana legalization, a more reliable test and standard for measuring marijuana impairment are needed to reduce fatalities and ensure safer roads.