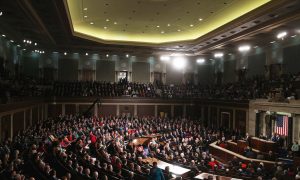 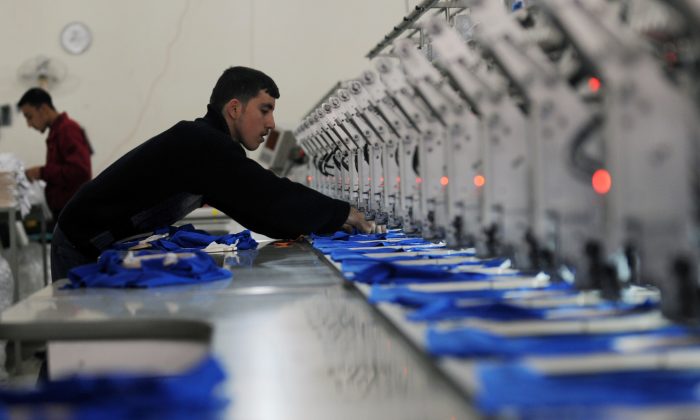 A young Syrian man works at a clothes factory in the northern Syrian city of Aleppo on March 23, 2013. (Bulent Kilic/AFP/Getty Images)
Opinion

“Feet first.” That’s how one terrorist leader told recruits was the only way out. It makes sense. Allowing members to just walk away wouldn’t be good for the group’s image.

And yet—at the same time as Islamic State [ISIL] parades its European jihadi in shocking beheading videos and continues to recruit aggressively around the world—terrorists do disengage all the time. Some quietly disappear. Others go public, telling their stories on TV or in autobiographies. They embrace their new identity as an “ex-” or “former” to warn others of the dangers of involvement.

We have also come to know formers through the rise of so-called de-radicalization programs. For the past decade, I’ve examined how and why terrorists walk away, and I’ve also closely examined programs aimed at helping ease that transition.

De-Radicalization: How It Works

One of the newest efforts was launched earlier this year by social workers and psychologists in Denmark. Their objective? To successfully reintegrate Danish jihadi who left a few short years ago to take up arms against the Syrian regime. Now they want to come home.

The Danes join similar ongoing efforts around the world. It’s hard to say how many de-radicalization programs exist. At least 15 are publicly known, from Saudi Arabia to Singapore, but there are likely twice as many.

Some are the brainchildren of individuals trying to make a difference in managing a group of terrorist prisoners. Others are wide-ranging, well-funded (typically by governments) initiatives that offer invited tours to journalists and academics. You can even meet and chat with “model” participants. In one of my first visits to a de-radicalization facility, back in March 2008, I was invited to sit and have dinner with several al-Qaeda members undergoing rehabilitation, whom, I was assured, were there voluntarily.

On the surface, such efforts are promising. After all, who wouldn’t support an approach to counterterrorism that isn’t just cost-effective (it’s far cheaper than indefinite detention) but doesn’t rely on torture or just throwing away the key forever? Some programs openly claim tremendous success. The decade-old program in Saudi Arabia, for example, boasts a guaranteed low rate of recidivism—about 10–20 percent.

But we still don’t really know if this or any similar program actually does what is claimed. Or, more accurately, we don’t know if the risk of re-engagement in terrorism is reduced as a result of several months’ participation in the program (and if so, how) or because of something else.

Reducing the Risk of Re-engaging in Terrorism

Though data is sparse, we do know that people who leave terrorism behind statistically have a low chance of re-engagement. The question is: why? And if so many candidates for de-radicalization programs are already deeply disillusioned, is a program that focuses on changing how they think really responsible for making them “safe”?

All programs share one goal—reducing the risk of re-engagement. Where they differ is in how to achieve it.

Sometimes they help provide concrete opportunities—vocational training, jobs—with which to build a new life. Yet, only last September, British Prime Minister David Cameron advocated forced participation in de-radicalization schemes to help ensure adherence to “British values” for returning jihadi. Others, including psychologists, argue that we should focus on achieving “attitude change.” That is what we need to do, many say, so that we can be sure they’ll never go back.

It sounds plausible, but so far there’s no convincing evidence to support this argument.

Ask most psychologists and they will tell you that attitudes and behavior match up poorly even in the best of circumstances. The fact is that there’s paltry evidence to suggest that people stay out of terrorism because they have been taught to “think different” about the legitimacy of their views.

Parroting ideological or religious doctrine (acquired as a result of participating in a program) may occur among people who don’t go back into terrorism, but getting formers to do that doesn’t make the rest of us any the wiser as to why they don’t re-engage.

Surprisingly, a number of the programs I’ve seen firsthand don’t pay attention to people’s experiences as members of their terrorist groups. How can we effectively assess risk of re-engagement if we don’t understand the meaning of involvement for that individual?

Get Them a Job

The Danish program appears to focus on reintegration—providing eligible returning jihadi with help finding a house, a job, and an education. That may be far more pragmatic than “de-radicalization” per se.

Longer established programs such as Pakistan’s Sabaoon (or “the first ray of light from the dawn”) initiative don’t prioritize changing the way people think. Having an actual job, they argue—and a place to go to every day—may be a better protective mechanism to avoid re-engagement than any internal brain rewiring.

In effective programs, the main priority is figuring out what meaningful reintegration means. As security analyst and director of Hostage UK Rachel Briggs recently recommended, nuance is essential. Reintegration needs and challenges will differ from person to person and from community to community. Is a community, for example, likely to welcome back a former? What is the influence of the security situation prevailing in a particular region?

I’ve seen cases where an individual terrorist remained in voluntary detention because his family was waiting outside to ferry him right back into the arms of the militants. Sometimes you really can be truly de-radicalized, but not necessarily at low risk for re-engagement.

Some of the more ambitious programs—including those in Pakistan and Singapore that manage detained or imprisoned former terrorists—recognize that it’s not just what takes place in prison that’s important. What really matters more is what happens once the person steps outside. The acquired “values” that now sit inside someone’s head are far less important than strengthening the social bonds that will either keep someone in their community or, if severed, pull them back into violent extremism.

The most effective de-radicalization programs serve as a kind of halfway house for former extremists. They help prisoners to prepare for the challenges of reinserting themselves into everyday life. Just like for ordinary criminals, prisoners are coached on post-release monitoring and learn that they are probably always at some risk of re-engagement. A major goal of such programs is often to heighten individual mindfulness of those risks as a form of longer-term protection against re-engagement.

The journey into and out of terrorism is as personal as it is complex. De-radicalization programs still represent some of the most creative approaches to counterterrorism. They can be powerful forces in thinning the ranks of lower-level members. But if we don’t have a sincere discussion of why or how they work, their future will be in jeopardy.

With rumors of hundreds of disillusioned ex-ISIS [ISIL] members exploring a potential return home, we are already way behind. We need clear thinking to underpin these programs and their evaluation. In the absence of transparency and clearer expectations, it will only take one-high profile failure (would any program survive if one of its graduates detonated a suicide bomb closer to home?) for the potential of these programs to be lost forever.

John Horgan is a professor of security studies at the School of Criminology and Justice Studies and director of the Center for Terrorism & Security Studies at University of Massachusetts Lowell. This article previously published at TheConversation.com.