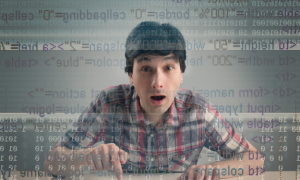 Computer Science Majors, Your Degree May Not Be As Valuable As You Think
0
Share Now
TelegramFacebookTweetEmailTellMeWeReddit
Copy Link 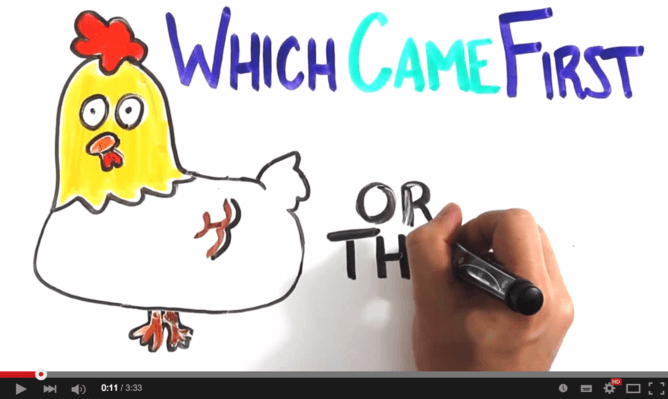 A screenshot from one of the most popular science channels on YouTube – but what makes these videos so popular? (YouTube/AsapScience)
Life & Tradition

By Dustin Welbourne and Will J Grant
biggersmaller
Print

Hundreds of hours of video are uploaded to YouTube every minute, and hundreds of millions of hours are viewed daily, including many that cover areas of science. Despite this, if you want to use YouTube for science communication, reaching an audience is not always guaranteed.

So, here are seven things we found that can help you to communicate science on YouTube.

Take these four popular “science communication” videos from four very different channels. You only have to watch the first 10 seconds of each to realise these videos are aimed at different audiences.

Veritasium is a video version of a magazine article

MinutePhysics is almost a science sound-bite

How Much of Each Video Did You Watch?

Once you know your target audience, stick with it. Channels with lots of subscribers generally stick to one version of science communication.

Delivering information on video can take many styles. Generally, these formats fall into:

Each has its own advantages and disadvantages. For instance, vlogs can be done on a relatively low budget, but being in front of the camera may not appeal to you.

Nevertheless, the most important consideration for gaining subscribers is to connect with your audience.

Unless you plan on creating the next TED or Big Think, vlogging or voice-over animation is most effective.

Science is a broad topic area that is constantly being updated. Although you will not run out of material any time soon, don’t try to cover everything either.

Most of the successful science channels address a relatively narrow subset of science topics. For instance, Numberphile is principally about mathematics, and MinutePhysics is about physics (though very few videos actually run for just a minute, they are short and to the point).

Regardless of your feelings about the waning attention spans of internet users, the simple fact is the YouTube audience is not captive. If your video is not holding the viewer’s attention, there are plenty of other videos that will. So, get to the point.

First, ditch the flashy introduction. As a viewer, we don’t need you to introduce the video or the channel with some flashy logo or a 30 second preamble.

We know what the video is about, it’s right there in the title. Just start talking, it’s this simple.

Ditching the introduction becomes especially important if your videos have pre-roll adverts.

Provided you are speaking clearly, if the audience misses something they can simply replay the video.

Lastly, your videos should be as long as necessary. But, your videos do not need to be less than 5 minutes, as is sometimes suggested.

We found no relationship between video length and views. Your video should be short enough to make its point, but long enough to make the point clearly for the target audience.

5. Be Part of the Community

One of the biggest blunders you can make is to treat YouTube as merely a video hosting platform.

YouTube is a participatory culture, and you need to be part of the community if you want to grow your channel. This means interacting with both the consumers and creators of content.

As you will see in the following video, top science YouTubers appear in each others’ videos from time to time, and this benefits everyone involved.

Watch out in this video for Henry (MinutePhysics), Destin (Smarter Every Day), Greg and Mitch (ASAP Science) and Elise Andrew (I F***ing Love Science).

6. Give the Audience an Anchor

A major driver of a channel’s popularity is whether the channel has a consistent presenter from video to video.

Channels with regular communicators, such as SciShow, are significantly more popular than channels with changing presenters, such as RiAus. Even though RiAus features science stars like Brian Cox or Brian Schmidt.

More than 100,000 views after just one day on YouTube which is more than double the RiAus interview with celebrity physicist Brian Cox online or four months.

This is because having just one person appearing in your videos makes it is easier for your audience to connect with your channel. They know exactly what they will get each time they watch a video.

7. Be a Person Not a Company

This point amalgamates many issues, and is hugely encouraging for individual creators.

YouTube channels that are extensions of existing brands, for instance universities or TV broadcasters, are significantly less popular than channels such as SmarterEveryDay that are born and grown on YouTube.

There are numerous reasons for why YouTube grown channels are more popular – most reasons simply reduce to connecting with the audience. Channels created by an individual or small group have an authenticity that is difficult to recreate within corporate bureaucracy.

Successful science YouTubers keep their channels human and maintain authenticity by doing “Science Plus”. Science plus the video creator’s character. Science plus the quirky interest the creator brings to the topic.

Just check out this ViHart video on mathematics.

YouTube will continue to be a valuable tool for communicating science. If you want to create science videos but think starting now is pointless because there are too many other channels, then you’d be wrong.

Re-read this article, especially point number 7, then find your science plus angle and give it a go.

Building an audience will take time, but stick with it.

AsapSCIENCE, one of the biggest science channels with 3.5 million subscribers, posted its first video only 2.5 years ago, while BrainCraft has been going for just over a year and has already reached 65,000 subscribers, with one recent video looking at how the brain reacts to seeing movies.