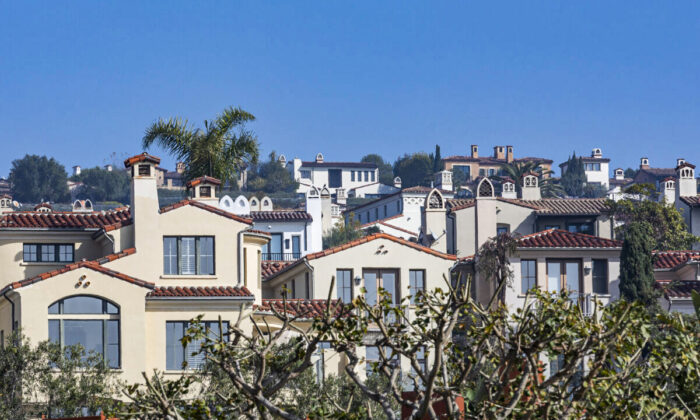 What Lies Ahead for the US Housing Market

The record-high U.S. real estate market is at a crossroads.

The Federal Reserve finally raised interest rates in March in an effort to combat soaring inflation. The average mortgage interest rate has, unsurprisingly, also increased to the highest level since 2019. After average 30-year rates hovered in the 3 percent range in 2021, average rates are now more than 4 percent.

That’s bound to take the steam out of the real estate market, right?

The usual central bank playbook tells policymakers to raise rates to decrease demand and therefore temper prices. But today it’s a bit more complicated than that. The market is supply-constrained, in terms of both housing and consumer products. This is a market that historically we have rarely encountered.

Higher mortgage rates should make homes less affordable. Borrowers pay more in their monthly payments for the same house. On a $400,000 mortgage, the difference between 3.5 percent rate and 4.2 percent—in the range of where a 30-year fixed mortgage sits today—is $233 per month.

The other cloud over the housing market is an economic recession. Some analysts already think we’re in the midst of a recession, due to skyrocketing inflation and the ongoing war in Ukraine. Former Treasury Secretary Larry Summers recently dug up a statistic that since 1955, there has never been a period when inflation was above 4 percent and unemployment rate was under 5 percent—basically the situation we have today—that was not followed by a recession over the next two years.

Housing industry research firm CoreLogic believes home price increases over the next year will be tepid. Between January 2022 and January 2023, CoreLogic projects home prices on average will rise only 3.5 percent compared to the double-digit growth of the last two years.

CoreLogic’s reason for this is rather simple. It believes that rising home prices during the pandemic were offset by record low mortgage rates. But with rates rising, home buyers will be more sensitive to price levels and that could decrease demand.

The mortgage market has reacted already. Data from the Mortgage Bankers Association reported an 8 percent weekly decline in mortgage applications as of March 18. Refinancing activity was down 14 percent week-on-week and a whopping 54 percent from a year ago. Those figures are not surprising given mortgage rates have been on the upswing.

But analysts at Zillow, the popular home listing website, think prices could continue to climb at the current pace. They believe year-over-year home prices on average will rise 17.3 percent by January 2023.

Which direction the housing market goes from here actually depends on your perspective.

From a volume standpoint, there will certainly be fewer homes exchanging hands this year. Market inventory levels are very low, and relatively higher mortgage rates will delay those who are on the fence. Bids from home flippers and investors could also wane given they are a segment more sensitive to margin compression.

But home prices? They are unlikely to come down, and could still grow despite the macro environment.

There are a few factors behind this. The first is demographics. We’re in a period of time when millennials born between the late 1980s and early 1990s are hitting their 30s and having children. These are prime home buying years. Unlike investors, families are less sensitive to interest rates. Few will put up with living in smaller apartments or less-than-ideal locations for long; the compromise will be to purchase a smaller or less expensive home.

Another factor is lack of supply. A recession and higher rates will push some prospective buyers out of the market, but still not enough to overcome the lack of homes available. No matter how we slice it, demand still outstrips supply of desirable homes. Part of this is due to a decade of under-building following the 2008 financial crisis. The other culprit is the emergence of institutional investors.

You’re unlikely to have heard of them but a group of companies, some of which are backed by well-heeled Wall Street and institutional investors, have been buying tens of thousands of single family homes across the country to rent them out. Firms such as Tricon Residential, Invitation Homes, American Homes 4 Rent, and Progress Residential are some of the most prominent snapping up homes with all-cash offers, sometimes before the homes are listed.

Invitation Homes, for instance, is the biggest of the bunch and owns more than 80,000 homes across the country. It was formed to manage tens of thousands of homes owned by private equity giant Blackstone Group purchased following the last financial crisis. Today it is a publicly listed company.

These institutional home buyers care little about interest rates. They offer all-cash bids and have contributed to recent home price increases especially in hot property markets such as Arizona and the Sunbelt regions.

While it’s still unclear which direction the U.S. housing market will go, the recent surge in home prices is likely here to stay.