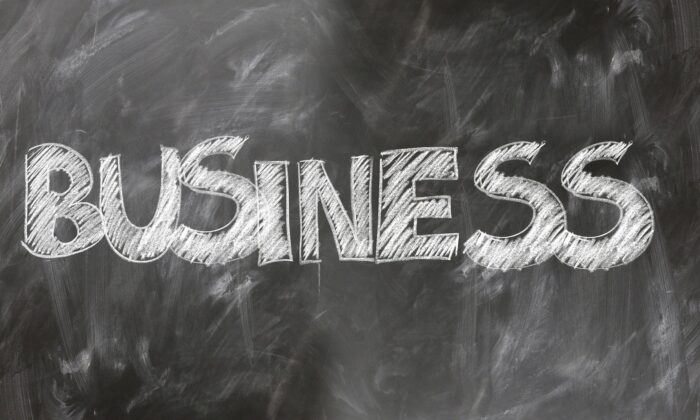 During my time in the Master of Business Administration (MBA) program at Rice University, an oft-heard saying was “It’s business school.” This line encapsulated the sentiment among student peers and garnered near instant understanding.

My distinct background, growing up on a sheep and cattle farm in New Zealand, meant I had a steeper learning curve and at first didn’t get it. That stood even with my extensive self-directed research into business schools and international search for the best fit.

Now that I’ve graduated after two years in Houston, Texas, I can speak from direct experience. Below, I list four observations, but they all stem from one feature: MBA programs serve to garner entry into and promotion on the corporate ladder, not to provide education in a classical sense.

In the words of Jones School Dean Peter Rodríguez, an MBA is “more practical.” Although doctoral programs are another matter, business schools’ distinct purpose explains why academics are so uncomfortable with their presence on campus. Glaring profitability, though, makes business schools nigh unstoppable. (Read “A Random Walk to Nowhere” by John Dobelman and the late Edward Williams for an entertaining and compelling account of how they rose in prominence.)

Cheating Is a Given

When student eyes are on limited job openings amid fierce competition, there’s a strong incentive to cheat. While I reported widespread cheating at Francisco Marroquín University in Guatemala, where I began a Master of Finance, I have come to realize that cheating is commonplace in business education. An accounting professor, for example, shared that he had found one of his past exams distributed online, even with the student’s name; yet he still couldn’t do anything about it.

A fellow student explained that a crackdown on cheating would be unpopular with MBA students, since it would distract from recruiting for employment. The competitiveness of students also means enforcement would be costly and difficult, requiring practices akin to those of specialized testing centers. Further, there’s little love for whistleblowers, and this carries over to industry, where they often find themselves unemployable.

It makes one sympathetic toward grade nondisclosure, which many top programs have already adopted. Why bother with grades at all?

The top seven private MBA programs in the United States—the M7—lead the world in prestige. Their burgeoning student rolls, with around 1,000 new full-time MBA arrivals each year, are testament to students gunning for name recognition over educational value.

Many MBA graduates have shared with me that one might as well not complete the degree if it’s not from the M7 or at least a school in the top 25 or so within the United States. For selective internships and jobs, this view is spot on. For a tight community and solid local options, though, more parochial schools such as Brigham Young University and Texas Christian University make sense.

The pile on for the big-name schools has left fewer students available for sterling but less famous MBA programs. The University of Rochester and Babson College come to mind, both of which I applied to. Wake Forest University in North Carolina, although ranked 28th nationally by U.S. News and World Report, has given up entirely on its full-time MBA program.

This might seem like an irony, given the note about cheating, but the two go hand in hand with the lack of emphasis on academic inquiry. During a campus visit to Southern Methodist University in Dallas, I asked how many people made it through and graduated. With little hesitation, the admissions representatives said everyone did.

Getting into MBA programs is where the competition and stratification occur. After that, prospective employers weed people out, not the schools.

This contrasts with professional exams such as those offered by the CFA Institute. In those, there’s open admission, but the majority of people fail, and you have to pass three lengthy exams to earn the designation. The CFA reports that only about one in eight people who sit the level-one exam goes on to ever pass the level-three exam.

Some students said at the outset that we didn’t need to bother with textbooks. They were right. We were so occupied with the busy work of events and assignments, especially team projects, that barely anyone cracked open a textbook. On the odd occasion, people referred to a textbook but would find a digital version online, usually a shared file for free.

Once, when I explained to a professor that our financial-modeling textbook didn’t appear to match our software, he was surprised I had bought it. Even though the book was explicitly for Excel, the last edition was from 2014 and had fallen out of date. He gave me the impression that referencing a textbook in the course outline was more ticking the box than anything else.

The textbooks I bought are likely to get more use now that classes and assignments don’t consume my time. Keep in mind, for those not in the job-search battle, there’s nothing stopping them from devoting themselves to academic enrichment. Independent studies and classes elsewhere in the university are two ways to do that. I took a class in the engineering school and swiftly sensed the greater academic inclinations among the students.

The “it’s business school” line might come across as glib or cynical, but it’s merely forthright. Since it comes from people studying, their presence indicates they recognize these attributes and don’t see them as problems. MBA programs compete intensely to attract students, climb the rankings, and deliver returns on investment—even if the methods don’t jibe with traditional academic inclinations.

Though I’m now aware of MBA shortcomings and have plenty of recommendations, I still encourage graduate business studies for many individuals. That applies especially to people who can score well on the GMAT (or GRE), your ticket to scholarships. Too many people see the publicly stated price tags and dismiss the idea, as I did, not knowing the depth of scholarship funding available.

During one campus visit, I met a fellow international student, in his case from South Africa. We agreed the generosity and networking available from the world’s leading business academics and institutions in the United States were a game-changing opportunity. (I’m fortunate, for example, to be a member of the Adam Smith Society, which is a classical-liberal MBA community.) Particularly since business schools are gatekeepers to many of the best U.S.-based recruiters and jobs, they also offer value over foreign programs.

Fergus Hodgson is the director of Econ Americas, a financial consultancy.