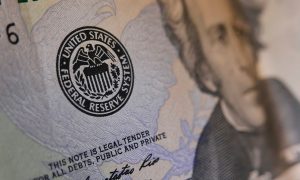 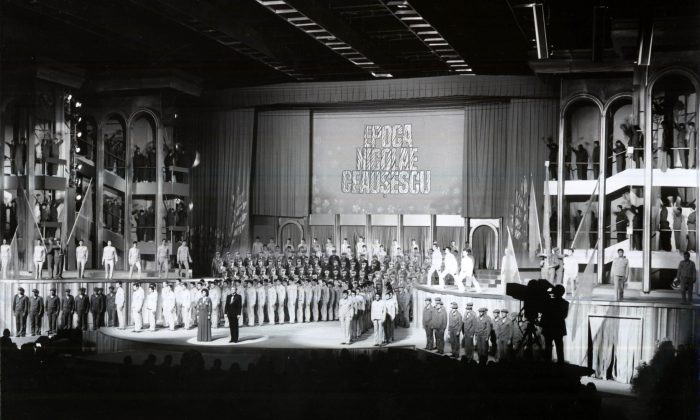 One of my few prized possessions left from Romania is a tattered copy of the May 1977 best seller, “Greyhound’s America,” by Romulus Rusan, published under the brutal communist regime of Nicolae Ceausescu. I’ve never met the author until recently, during a reception in Washington, D.C.

In 1977 communist Romania, the child of a blue collar family who did not belong to the Communist Party had zero chance of meeting any esteemed authors simply because we were not allowed to move in such circles. We were lucky if the labor union allowed my parents to purchase subsidized tickets to a play or an opera showcasing the “advantages” of living under communism and the tragedy of being subjugated by the “evil capitalists.”

I’ve never understood how such a book that told the truth about life in the West escaped censors whose job was to keep out of print anything that might glorify life in the West or give oppressed citizens the idea to escape to freedom.

A few minutes into our conversation, I asked Rusan how his bestseller had passed the censorship comrades. He confessed that his editor had revealed to him that, of the 100,000-plus copies of his first edition that sold in Ceausescu’s Romania, probably half of the readers immigrated to the United States. He could not explain why he was not arrested by the communist regime. His wife interjected that they must have worked under a lucky star, under divine protection.

I was certainly fascinated by his descriptions of an America of 41 years ago, but I was not among the readers who legally immigrated to the United States because of his book.

There were programs and movies shown on Romanian television with the intent of “proving” what an obscene and pampered life Americans lived, but it had the opposite effect. One such program was “Dallas.”

Romanians were equally fascinated by the question, “Who shot J.R?” the rich and slick Texan oil baron character, and by the Americans’ free lifestyle they yearned to live someday. Millions of people around the globe tuned in from 1977 to 1991 to watch the celluloid life of the fictitious Ewings.

I am not sure why Ceausescu allowed us to watch “Dallas.” Perhaps he was told that this soap opera represented everything that was bad about capitalism and we needed one more reason to hate capitalism. Instead, Romanians loved it!

Every weekend, we tuned in faithfully, glued to the black-and-white TV, the streets emptied, the whole block huddled together to watch TV on the one screen that was larger and newer, while we all prayed that the local government did not turn our electricity off. It was a common occurrence to have blackouts—we had shortages of everything all the time, due to poor centralized planning by unqualified communist bureaucrats.

The ranch at Southfork became larger than life, its palatial surroundings made our drab concrete block apartments seem so small, and one would easily fit into Sue Ellen’s luxurious closet.

I was disappointed when I found years later that the Southfork ranch was rather small by American standards. We had imagined a colossal mansion with beautiful bedrooms and a huge kitchen stuffed to the brim with food, food we could never find in our communist stores because there were constant shortages and forced rationing.

We thought all Americans were rich like the Ewings and money grew on trees. We longed for and saw freedom through the eyes of a badly scripted soap opera that kept our poor proletariat mesmerized.

The newspapers were few, with the dominant and approved “Romania Libera” (Free Romania), a slap in the face to all Romanians who lost their freedom when the communists took over, and “Scinteia” (The Spark), both of which were dedicated to communist propaganda, worship of the dear leader and his wife, and distortions of truth and reality.

Women, equally miserable and poor to men, had their own magazine that extolled the virtues of being hard-working communist wives and mothers of as many children as possible, earning the status of hero and medals after giving birth to numerous babies.

Without today’s technology, government spying on its own people required a vast network of informants.

The dreaded Securitate ensured that few owned typewriters to engage in anti-communist pamphlet-writing and, if someone was lucky to own one, it had to be registered with the authorities so that the typewriter print could be easily traced.

The two television channels ran communist propaganda, the dictator’s endless speeches, a musical show per week thrown in as a bone, and a puppet show or play each week. Even cartoons like “Tom and Jerry” were edited if abundant food was shown.

Irina Margareta Nistor, an English translator, at the request of an unknown entrepreneur, dubbed over 3,000 movies banned in Romania and smuggled them from the west.

VHS copies were distributed secretly around the country for group or private viewing, depending on who owned the VCR. Her voice became as familiar to Romanians as Ceausescu’s.

Justice was served when hungry people grew tired of suffering under communism. But today, awash in food and voting bribes from the Social Democrats, indoctrinated elders are experiencing communist nostalgia. Naïve and gullible youngsters who never suffered under the boot of totalitarianism are also easy prey to the empty promises of communist utopia.